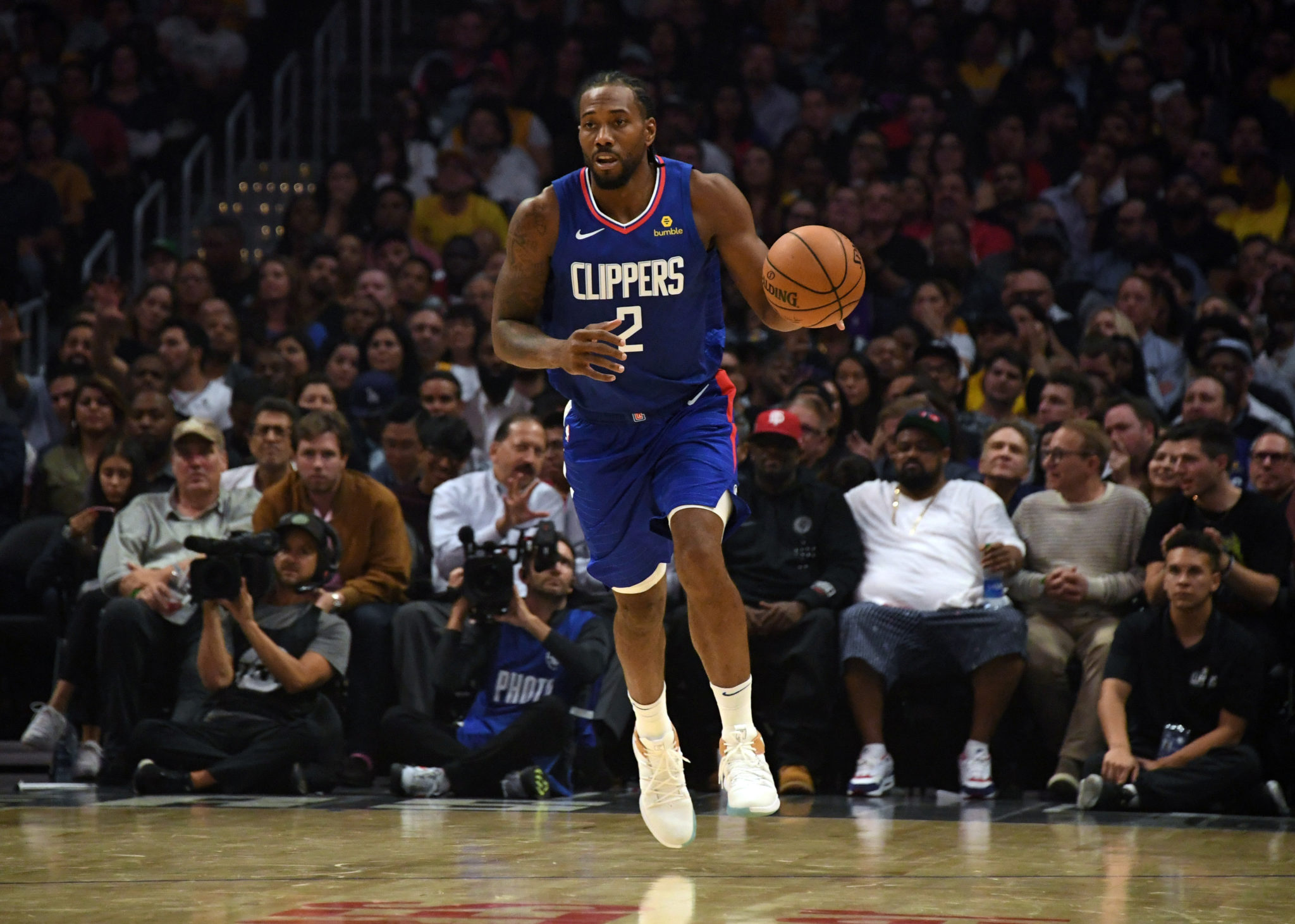 More than an hour after Tuesday’s season-opening showdown between the NBA’s two Los Angeles teams, a crammed room of reporters awaited the man of the hour – new Clippers star KawhiLeonard.

Leonard fittingly arrived well after any other players, just as he had last June when he lifted the NBA Finals trophy with the Toronto Raptors.

This time, Leonard got the best of a juicy matchup against LeBron James, Anthony Davis and the cross town Lakers, scoring 30 points to guide the Clippers to a 112-102 victory.

With respect to James and his well-earned “King” moniker, Leonard reminded that it is he who currently wears the league’s crown.

For the two-time NBA champion, dominating has become business as usual.

“This is my ninth year in the NBA. I’ve been leading teams for about four, five, six years. It’s the same game,” Leonard told reporters.

“It was just different for me tonight because I’ve got a different coach, different play calls, different defensive structures. Other than that, it’s just basketball.”


It certainly felt like much more than ‘just basketball’ at the Staples Center where two title contenders, and their opposing fans, are positioning for elbow room.

Lakers coach Frank Vogel pointed to the throng of media that awaited him before the game and acknowledged: “This feels different than a regular season game.”

“It definitely felt bigger,” Clippers Croatian center Ivica Zubac told Reuters. “You have two teams that are going to compete for a championship and the fans were really into it.”

The game was officially recorded as a Clippers “home” game but you couldn’t tell from the swarm of Lakers supporters.

Leonard was booed when he grabbed a microphone before tip-off to thank attendees for coming out.

He responded by scoring 16 points in the second quarter where he dueled with James as they guarded each other for stretches.

It was a high-level glimpse into future matchups between the two players; James attacked the rim with downhill fury while Leonard calmly pumped in pull up jump shots over each shoulder to give the Clippers control.

“He created the run for us and everyone else joined in,” Clippers coach Doc Rivers said. “And that’s what he does, he talks with his game.”

The Clippers were already a defensive team that pushed into the playoffs without a talisman last season; with Leonard, they have the ability to stonewall opposing offenses.

It is easy to see what attracted Leonard to the tough yet understated Clippers when he left Toronto this off-season and passed on creating a super team with James and Davis on the Lakers. The team feels built in his image.

“He’s a dynamic player on both ends of the court,” Clippers Montrezl Harrell said. “To be able to (play with and) get a feel for him, it felt great.”

The Clippers are not even at full strength yet as All Star Paul George is expected to join them sometime next month following shoulder surgeries.

Still, the Lakers are not conceding ultimate defeat after just one game.

“I disagree on how big of a test it was. It’s the first game,” James said. “Obviously, the NBA is back and everyone is trying to have the narrative of a rivalry game and it’s a huge test. Both teams are not who they want to be. We have a lot of room to improve.”