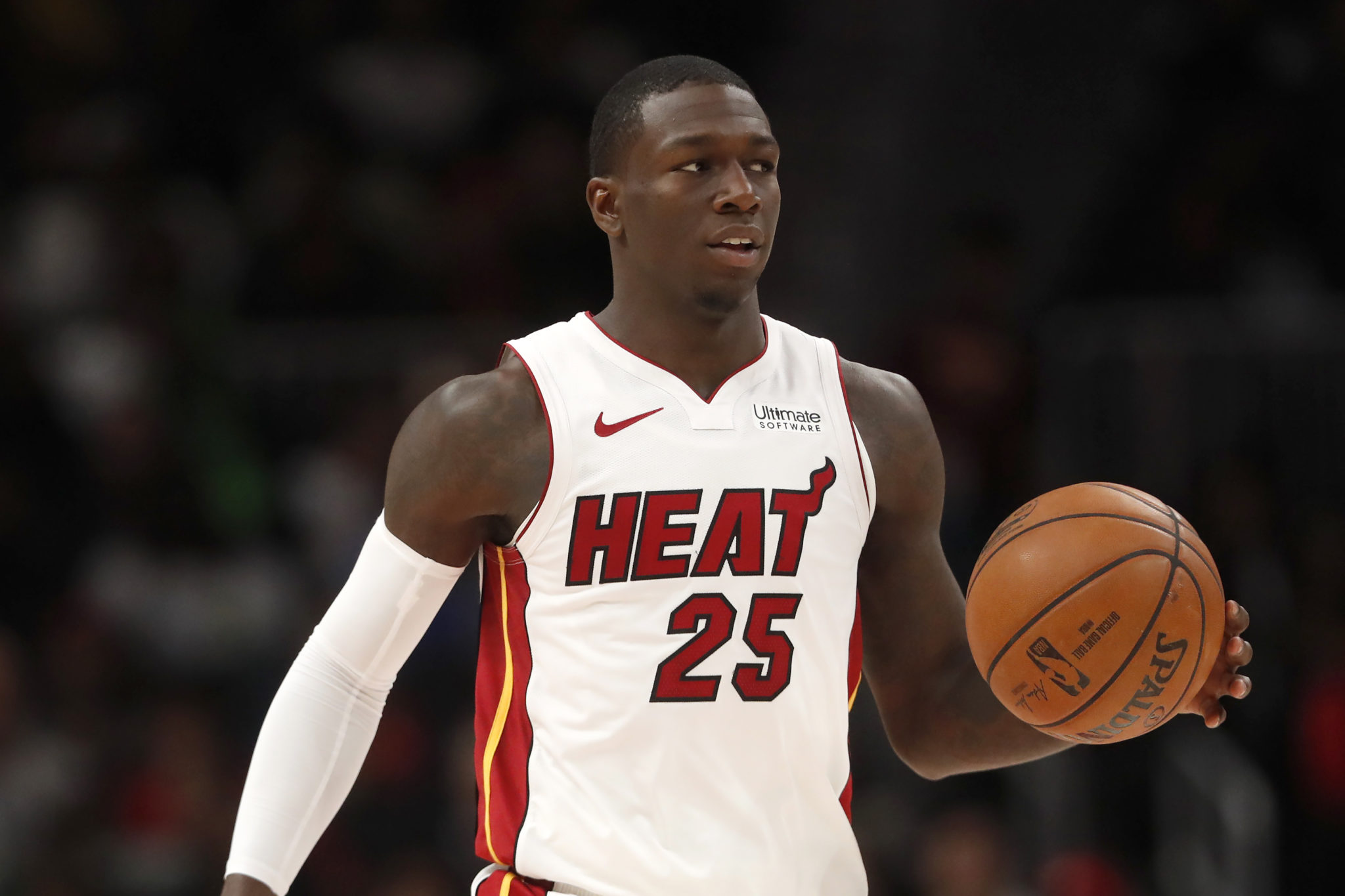 Kendrick Nunn is enjoying the best start of any undrafted player in NBA history.

The rookie is taking the Miami Heat along for the ride.

Nunn scored a career-high 28 points to add to his record-setting start and Miami beat Atlanta 106-97 on Thursday night, giving the Heat two wins over the Hawks in three days.

Nunn’s 112 points are the highest total through the first five games for any undrafted player in NBA history. Connie Hawkins of the Phoenix Suns scored 105 points in his first five games of the 1969-70 season.

“It’s surreal a little bit,” Nunn said. “… All I needed was the opportunity.”


Nunn, a 6-foot-2 guard from Oakland University in Michigan, scored 14 points in the third quarter. He began his career with 24 points against Memphis on Oct. 23, and he has kept shooting. He has scored at least 24 points three times in Miami’s first five games.

“He can shoot it,” Hawks rookie Cam Reddish said. “I have a lot of respect for that guy.”

Another record-setting rookie, Tyler Herro, had 17 points. Herro scored 29 points off the bench in the Heat’s 112-97 win over Atlanta on Tuesday night to set a franchise record for a rookie reserve.

The rookies have helped Miami (4-1) enjoy a strong start.

Nunn and Herro are feeding off Jimmy Butler, who had 11 assists while scoring only five points. He added nine rebounds, six steals and blocked three shots.

The Heat had 29 assists with only 13 turnovers.

“To tell you the truth, that was winning basketball today,” Butler said.

Nunn was impressed by Butler’s play, especially the assists.

“That’s huge, for your star player to be unselfish like that,” Nunn said.

Butler had 21 points in his Heat debut on Tuesday night, but said he doesn’t have to score big to do his job.

Reddish filled in at point guard for Trae Young, who was held out with a sprained right ankle.

Miami held a lead of 18 points, but Atlanta made a late comeback attempt.


Bembry’s steal and basket cut Miami’s lead to 94-88 midway through the final period. Following a timeout, Meyers Leonard sank two 3-pointers for Miami, followed by a Nunn layup, for a 102-88 lead. Leonard had 16 points.

Reddish had nine points with four assists and only one turnover. Hawks coach Lloyd Pierce said Reddish had a good start before crossing the “fine line between playing with good pace and playing too fast.”

Reddish, who joined De’Andre Hunter as rookie starters, said “I feel like I learned a lot tonight, especially at that position. I’ve got to slow down and let the game come to me.”