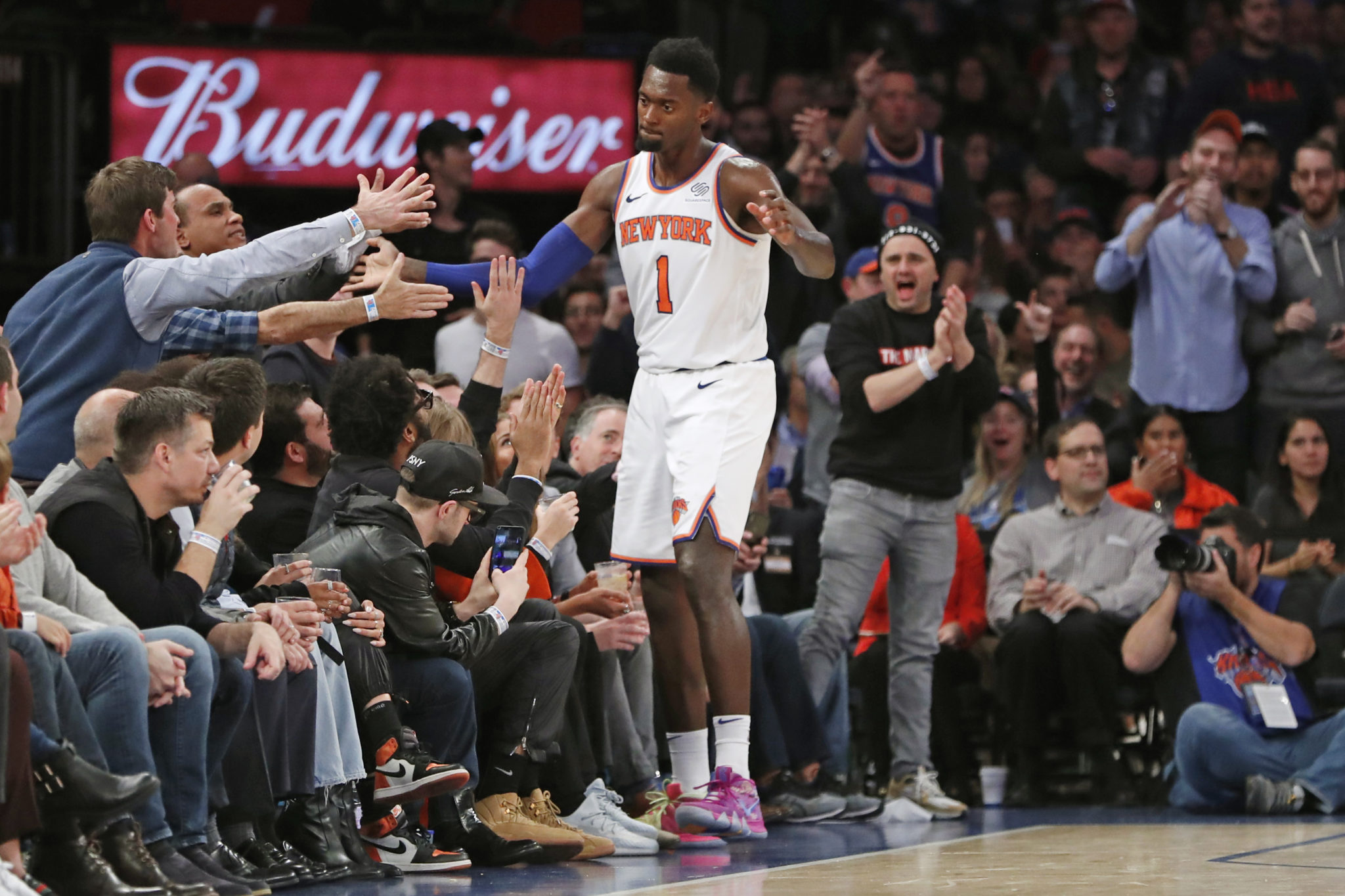 Bobby Portis is over his anger at the Chicago Bulls, so Monday night wasn’t about the need for revenge.

All he wanted was a win, and he knew it wouldn’t come until he started playing better.

Portis scored a season-high 28 points against his former team, including a go-ahead 3-pointer with 1:47 remaining, and the New York Knicks beat the Bulls 105-98 for their first victory of the season.

Portis had totaled just 18 points in his first three games with the Knicks, but was superb in bringing New York back from an 18-point deficit. The reserve was 10 for 14, making all four 3-pointers, and added 11 rebounds.

The 2015 first-round pick of the Bulls spent 3½ seasons in Chicago before being traded last season to Washington. He played them three times after the trade, so he viewed them as just another team — even though it appeared he turned and said something toward the Bulls bench after one of his baskets.

“I’m just an animated player. I don’t know what I’m saying sometimes,” Portis said. “I just have fun. I love playing this game.

“I feel like I wasn’t myself the first couple games and I didn’t bring the energy, so I had to get back to being who I am.”


The Knicks needed all of it on a night when they fell behind with a dreadful start and stayed that way until the fourth quarter. They never even led until Portis’ go-ahead 3, which he followed with another 3 that pushed it to 103-98 during a 15-0 run to finish the game.

“I’ve always said that Bobby Portis is one of my favorite guys of all time,” Bulls coach Jim Boylen said. “He’s a tough, competitive guy who works and cares. We traded Bobby Portis because that’s what happens in our league. It doesn’t mean we’re not fond of that player or don’t believe in that player. There are situations when a deal works and you put a player in it. He played great tonight. I’m disappointed that we lost but I’m happy that he played well.”

Zach LaVine scored 21 points for the Bulls, who fell to 1-3. Wendell Carter Jr. had 20 points and 10 rebounds — and didn’t buy that it was just another game for Portis.

“He was juiced about this game as soon as he came to New York,” Carter said. “He put on social media that he was looking forward to playing against the Chicago Bulls. We all knew that he was excited and very juiced, and he played a great game.”

The Knicks missed 13 of their first 15 shots and quickly fell behind by double digits. The Bulls led 33-15 after one quarter and re-opened an 18-point cushion in the third quarter.

After Portis made a 3-pointer to tie it at 88 with 6:09 to go, Chicago pushed ahead again. LaVine and Lauri Markkanen made consecutive 3-pointers to cap a 10-2 burst that made it 98-90 with about 3½ minutes left, but the Knicks pitched a shutout from there. Fans chanted Portis’ name in the final minute after booing the Knicks during their home opener two nights earlier.

“It was great. It was electric in there,” Barrett said. “Hopefully we get to have this feeling many more times.”