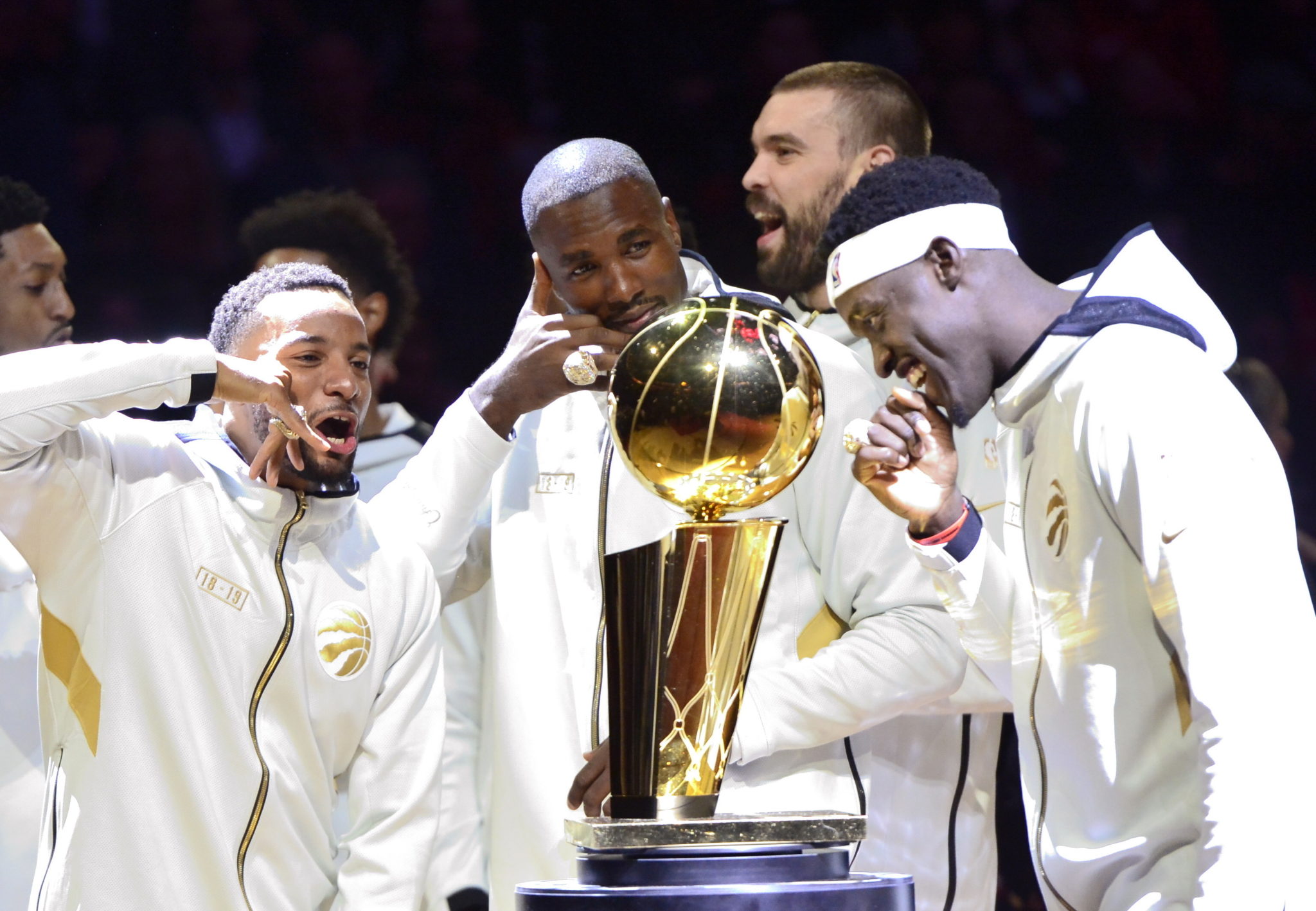 The Toronto Raptors received the biggest championship rings in NBA history and unfurled a banner celebrating their victory in a ceremony before their season opener against the New Orleans Pelicans.

NBA Commissioner Adam Silver was on hand Tuesday night to honor the Raptors, who won the first title in team history with a six-game triumph over the Golden State Warriors last June.

The rings each contain more than 650 diamonds, as well as 16 rubies representing the number of playoff victories required to win the title. On the face of the ring, diamonds form the Toronto skyline above the word “North” spelled out in diamonds inside a golden chevron.

Afer the rings were handed out, five-time All-Star guard Kyle Lowry took the microphone to thank fans for their support, then gathered his teammates around him before leading a countdown to reveal the black, red and gold championship banner hanging above the home bench.

During ring presentations for the Raptors’ staff, fans cheered loudly for Alex McKechnie. Toronto’s Director of Sport Science was credited with creating the load management schedule that helped keep Leonard healthy during his lone season north of the border.