Siakam scores 19 of 30 in 3rd as Raptors beat Pistons 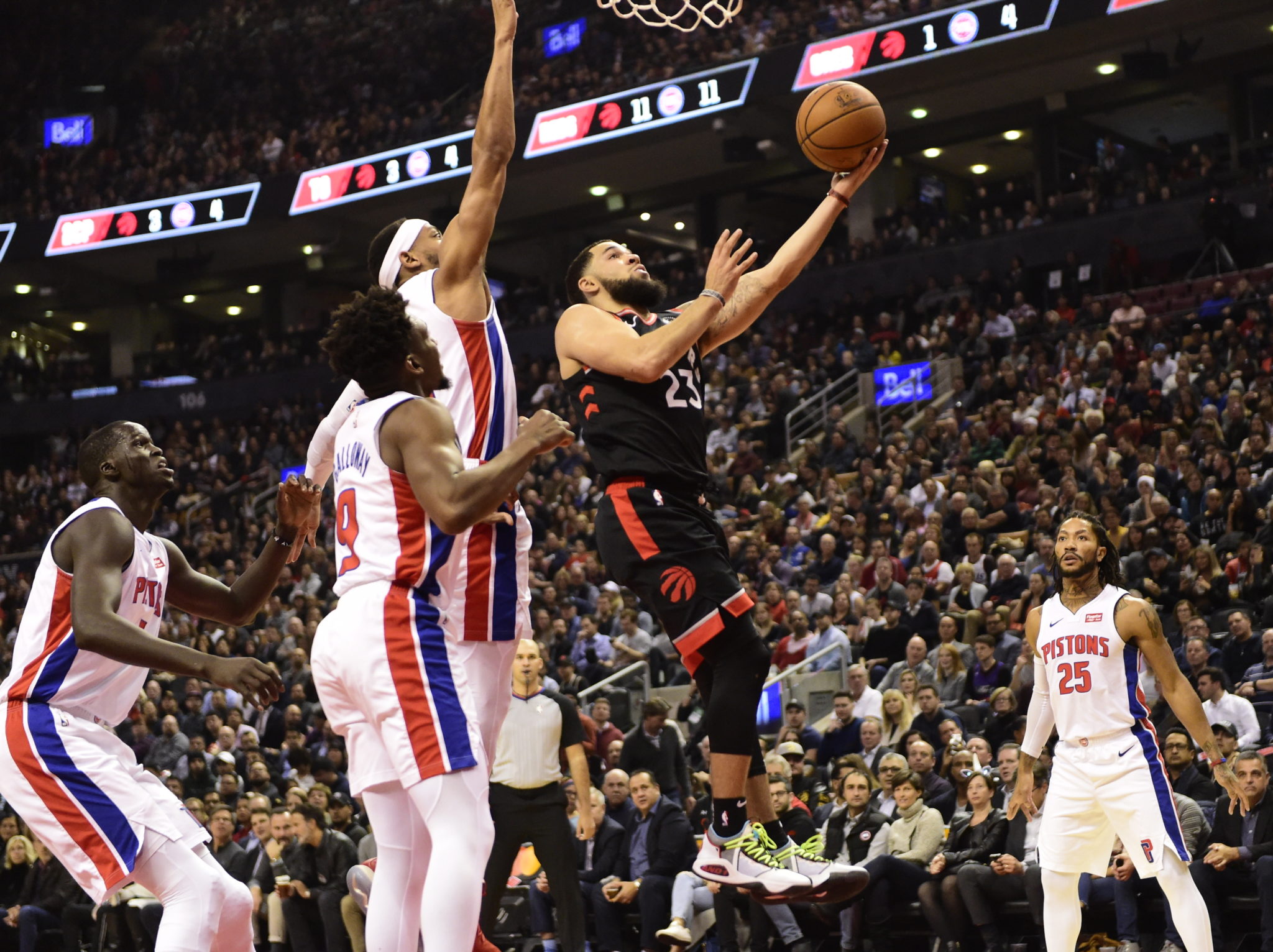 Thanks to a huge third quarter Wednesday night, Siakam already has an NBA-leading three 30-point performances in five games this season.

Siakam finished with 30 points, including 19 in the third, and Fred VanVleet had 13 points and 11 assists as Toronto beat the Detroit Pistons 125-113 for its fourth victory in five games.

Siakam made eight of 12 shots in the third, including three of four from 3-point range, as the defending NBA champions outscored Detroit 37-27 to take a 101-85 lead into the fourth.

“I feel comfortable,” Siakam said. “The more I get in situations like that, the more comfortable I get. Just having the coach trust me to have the ball in my hands, and my teammates also, it feels good.”

Siakam took half of Toronto’s 24 shots in the third.

“Our individual defense was lacking,” Pistons coach Dwane Casey said. “Whoever was out there, we weren’t guarding them.”

“You can’t survive that,” Casey said.

Andre Drummond had 21 points and 22 rebounds for the Pistons, who have lost three of four. Derrick Rose added 16 points and 10 assists.

Langston Galloway scored 17 points and Markieff Morris had 16 as Casey finished on the losing end of a Pistons-Raptors game for the first time in three seasons.

Casey coached Toronto to four wins over Detroit during the 2017-18 season but was fired after the Raptors lost in the second round of the playoffs.

After being chosen NBA Coach of the Year for his 59-win regular season with Toronto, Casey ended up being hired by the Pistons. Detroit won all three meetings with the Raptors last season, including a 106-104 victory north of the border last November in Casey’s return to Toronto.

Siakam scored nine points in the first as the Raptors led 37-28 after one.

Morris scored nine points in the second but Lowry and Powell each had six for the Raptors, who led 64-58 at halftime.

Siakam had seven straight points as Toronto outscored Detroit 15-4 over the first 4:11 of the second half, turning a six-point edge into a commanding 79-62 lead.