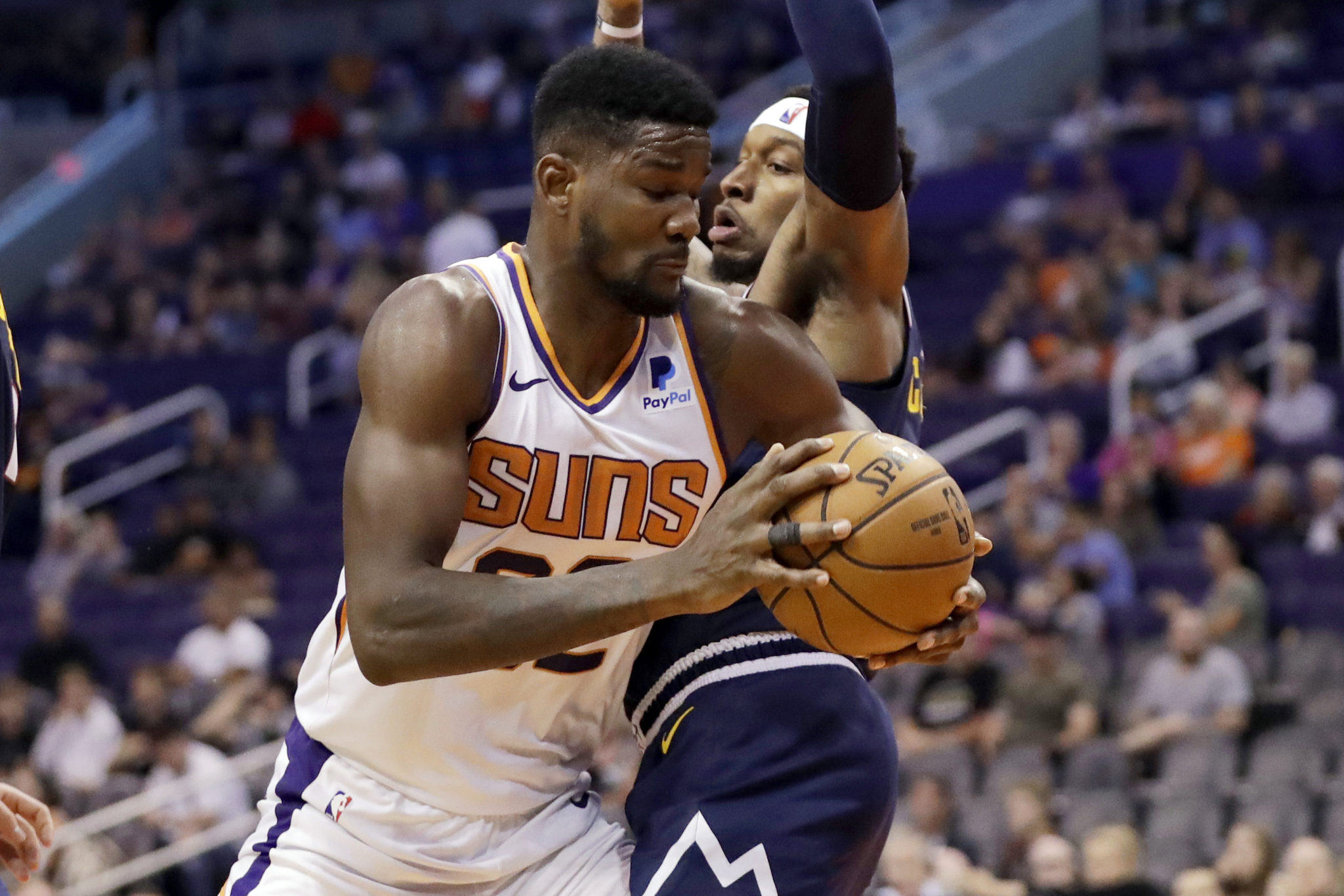 Phoenix coach Monty Williams is fond of saying every team goes through a lot of “stuff” during the long 82-game NBA season.

That stuff is happening right now for the Suns.

The franchise is dealing with the aftermath of Deandre Ayton’s 25-game suspension on Thursday. The second-year center was suspended without pay by the NBA for violating the terms of the NBA/NBPA Anti-Drug Program after testing positive for a diuretic.

The Suns play Denver on Friday night and Williams isn’t going to make excuses for his team.

“Every week there is adversity in the NBA,” Williams said Friday at morning shootaround. “New Orleans is playing without Zion. Sacramento is without Bagley. There’s stuff for every team. We have some adversity right here in front of us and we have to deal with it well, do it together and we’ll be better for it.”

Williams has put on a brave face, but it’s undeniably a blow.


The Suns won their opening game over Sacramento 124-95 and were hoping to make a big leap in the standings after finishing with a 19-63 record last season. Ayton was the No. 1 overall pick one year ago and averaged 16.3 points and 10.3 rebounds as a rookie.

He had 18 points, 11 rebounds and four blocks in the win over the Kings. Now he’s gone for the foreseeable future.

“That’s the beauty of what (general manager) James (Jones) has done all summer, was give us depth and versatility,” Williams said. “Aron has started a number of games in his pro career and we’re looking forward to our guys playing off Aron as the anchor of our defense.”

The 6-foot-10, 260-pound Baynes is a powerful post presence who has been a valuable role player over the past several years for the Boston Celtics, Detroit Pistons and San Antonio Spurs. But he’s never averaged more than 18 minutes a game in any season.

That may change over the next two months. Ayton is eligible to return on Dec. 17 against the Los Angeles Clippers.

Baynes should replace some of Ayton’s rebounding and defense, but there’s little doubt Booker will have a big chunk of the scoring load.

Booker called Ayton “a force” that will be missed during games, but the only option is to keep fighting.

“It’s the NBA, you have to view it as an injury,” Booker said. “Everybody goes through injuries during the season where teammates miss games. It’s the next-man-up mentality.”