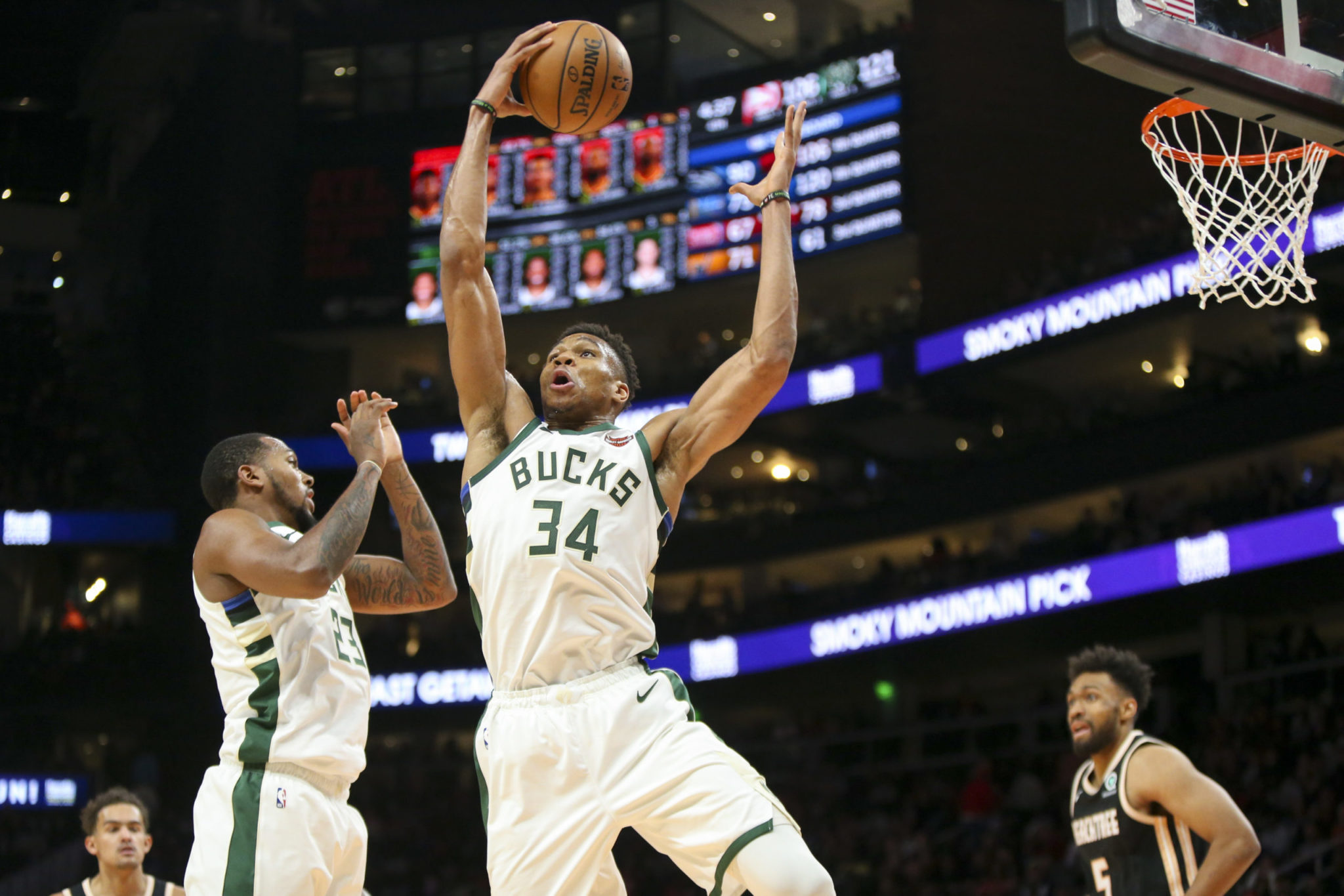 Giannis Antetokounmpo wasn’t concerned that the Milwaukee Bucks let the Atlanta Hawks back in the game late in the fourth quarter.

What mattered to Antetokounmpo was another road win for his streaking team.

“If you want to be a really good team in this league, you’ve got to win on the road,” he said. “It doesn’t matter where we play, as long as we come out there and give ourselves a chance to win every night.”

Antetokounmpo had 33 points and 11 rebounds, Eric Bledsoe scored 28 and the Bucks won their fifth consecutive game with a 135-127 victory over the Hawks on Wednesday night.


It marked the league-high ninth time this season that Antetokounmpo, the reigning NBA MVP, has had at least 30 points and 10 rebounds.

The Bucks, with the league’s second-ranked offense, have won nine of 10 and improved to an NBA-best 8-2 on the road despite a sloppy ending as Atlanta cut the lead to single digits in the final minute.

Rookie forward De’Andre Hunter finished with a career-high 27 points and Trae Young scored 25 for the Hawks, who have lost four straight and seven of eight. Atlanta was coming off a 1-4 road trip that included a 49-point loss to the Los Angeles Clippers.

“When we play at other teams’ paces, it’s tough for us,” Young said. “We’ve got to be better at dictating the speed of the game instead of letting them dictate it.”

This game was close in the first half, but Milwaukee led by 18 on Pat Connaughton’s 3-pointer with 9:53 remaining. The Hawks whittled a 19-point deficit to seven late in the fourth quarter, causing Bucks coach Mike Budenholzer to put Antetokounmpo back in the game before Sterling Brown hit a corner 3 to make it 129-119 with 1:48 left.

“They threw a different type of defense out, press and play hard,” Bledsoe said. “But I thought we did a great job of sustaining.”


Antetokounmpo took a fast-break pass down the right side for a big dunk on the baseline to make it 42-35 in the second quarter and scored on consecutive possessions to put the Bucks up 73-63 in the third, finishing off a 15-2 run with a fast-break dunk.

After the Hawks trimmed the lead to five a few minutes later, Antetokounmpo hit a 3 to cap a 17-point performance in the third. Connaughton’s short runner built the lead to 96-83 entering the fourth.