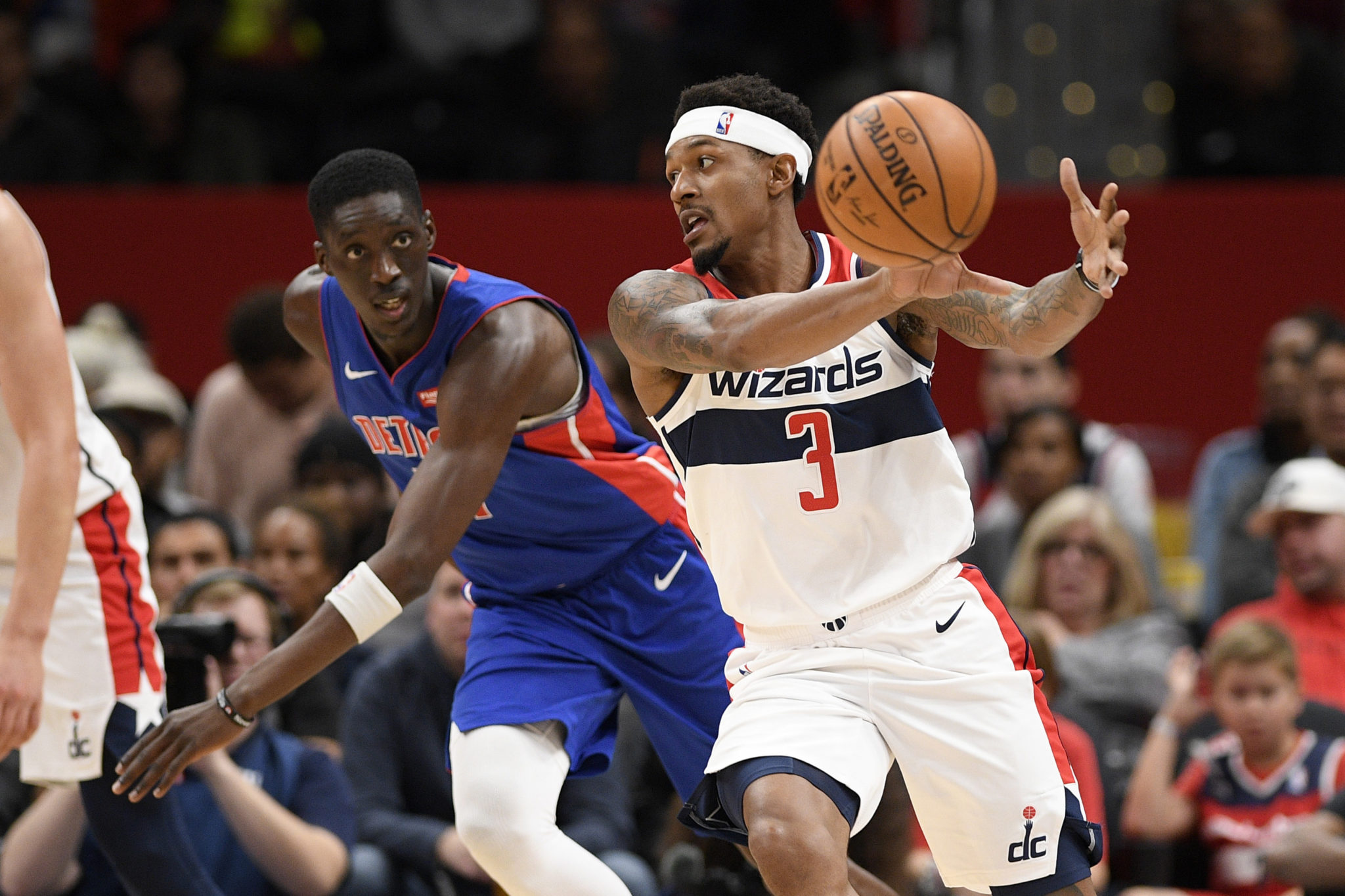 Knowing he’s the on- and off-court leader of a revamped roster filled with youth and inexperience, Bradley Beal was pleased to see the way his Washington Wizards reacted to what he called “laying an egg.”

One game after a lackluster loss, the Wizards ended Detroit star Andre Drummond’s 20-20 streak and picked up their second victory of the young season, beating the depleted Pistons 115-99 in a half-empty arena Monday night.

“Still a lot of things we’ve got to work on, get better at,” said Beal, who had 20 points and six assists. “But it is definitely a good sign to see, after last game.”

Two nights earlier, Washington was beaten by 22 points at home by the Minnesota Timberwolves, who were missing the suspended Karl-Anthony Towns.


So what if Detroit was without Blake Griffin (left hamstring and knee), Derrick Rose (right hamstring) and Reggie Jackson (lower back)?

“It’s the NBA. There are no excuses,” Pistons coach Dwane Casey said. “We got enough guys in that room to compete, to fight.”

Wizards coach Scott Brooks, who doesn’t have All-Star point guard John Wall, was thrilled with the way his players responded to the criticism they heard during film study of the Timberwolves game.

“We were disappointed. We were. There’s no way around it. It was a bad night on both ends of the floor,” Brooks said.

“One thing I love about it: We came back. We took it on the chin. … We needed them to get better from it. Sometimes when you have a team that doesn’t have a lot of experience, a loss is a loss if you don’t learn anything from it.”

The Wizards improved to 2-4 thanks to 14 points and eight rebounds from Thomas Bryant, and nine points and six assists from Isaiah Thomas in his first start of the season.

Rookie Rui Hachimura bounced back from his worst game as a pro with 10 first-quarter points for Washington and ended up with 12 points and four rebounds. In the previous game, Hachimura — the first Japanese player taken in the opening round of the NBA draft — shot just 2 for 11 and had season lows of four points and two rebounds.

One key Monday was that Drummond did not continue to fill the stat sheet the way he has been.

Bidding to become the first player in at least 35 seasons to post four consecutive games with 20 or more points and 20 or more rebounds, he got there in one of the categories, finishing with 15 points and 24 rebounds. Drummond shot 6 of 20, going 1 of 8 in the fourth quarter as Washington pulled away.

At halftime, Washington was up by only 63-61. But the Wizards pulled away in the third quarter, and a layup by Troy Brown Jr. in the last minute of that period got their lead up to 93-75.

“They out-scrapped us,” Casey said. “Outworked us.”