Carmelo Anthony will return to NBA with the Portland Trail Blazers 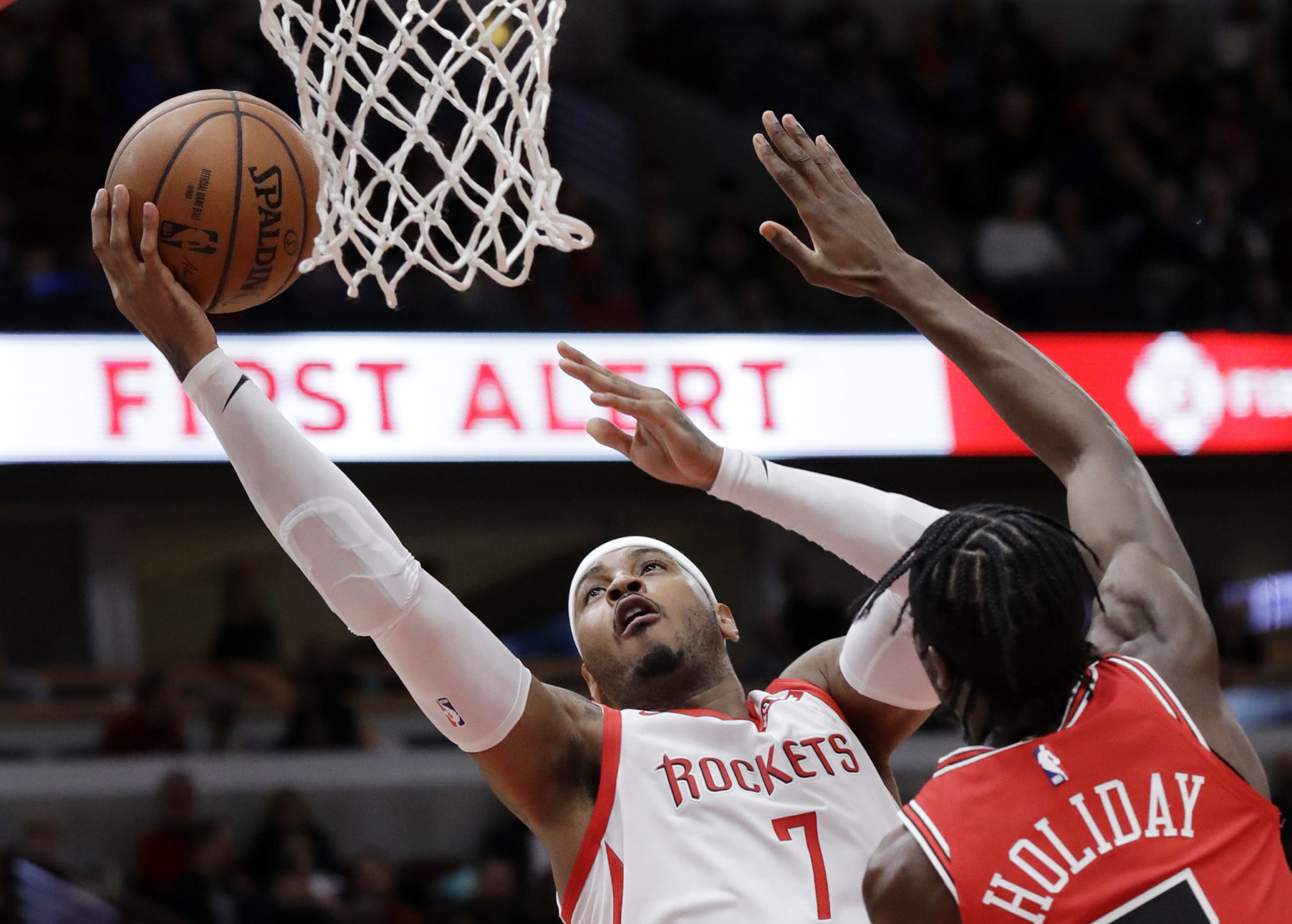 A person familiar with the details says Carmelo Anthony is returning to the NBA with the Portland Trail Blazers.

The 10-time All-Star hasn’t played since a short stint with the Houston Rockets ended a little more than a year ago after just 10 games. But the Blazers hope there is still enough game left in the 35-year-old forward to help them overcome a 4-8 start.

Anthony’s deal with Portland was confirmed to The Associated Press on condition of anonymity Thursday because it has not been announced. It was first reported by ESPN.com, which said that Anthony would join the team on its upcoming road trip.

Anthony is a three-time Olympic gold medalist but has struggled at the end of his recent stops in Oklahoma City and Houston following 6 ½ seasons in New York.

Anthony was acquired by the Chicago Bulls from Houston on Jan. 21, with the intention of trading him before the deadline or letting him go. He averaged 13.4 points in 10 games with the Rockets last season, but hasn’t played since November 2018.

Anthony was traded by Oklahoma City to Atlanta in July 2018, a move that preceded the Hawks releasing him to sign with the Rockets. The Bulls, technically, were his fourth franchise in seven months.

Eight of Anthony’s 10 appearances for the Rockets came off the bench after he had started all 1,054 games he’d played in his first 15 NBA seasons. He has averaged 24 points in 16 seasons.