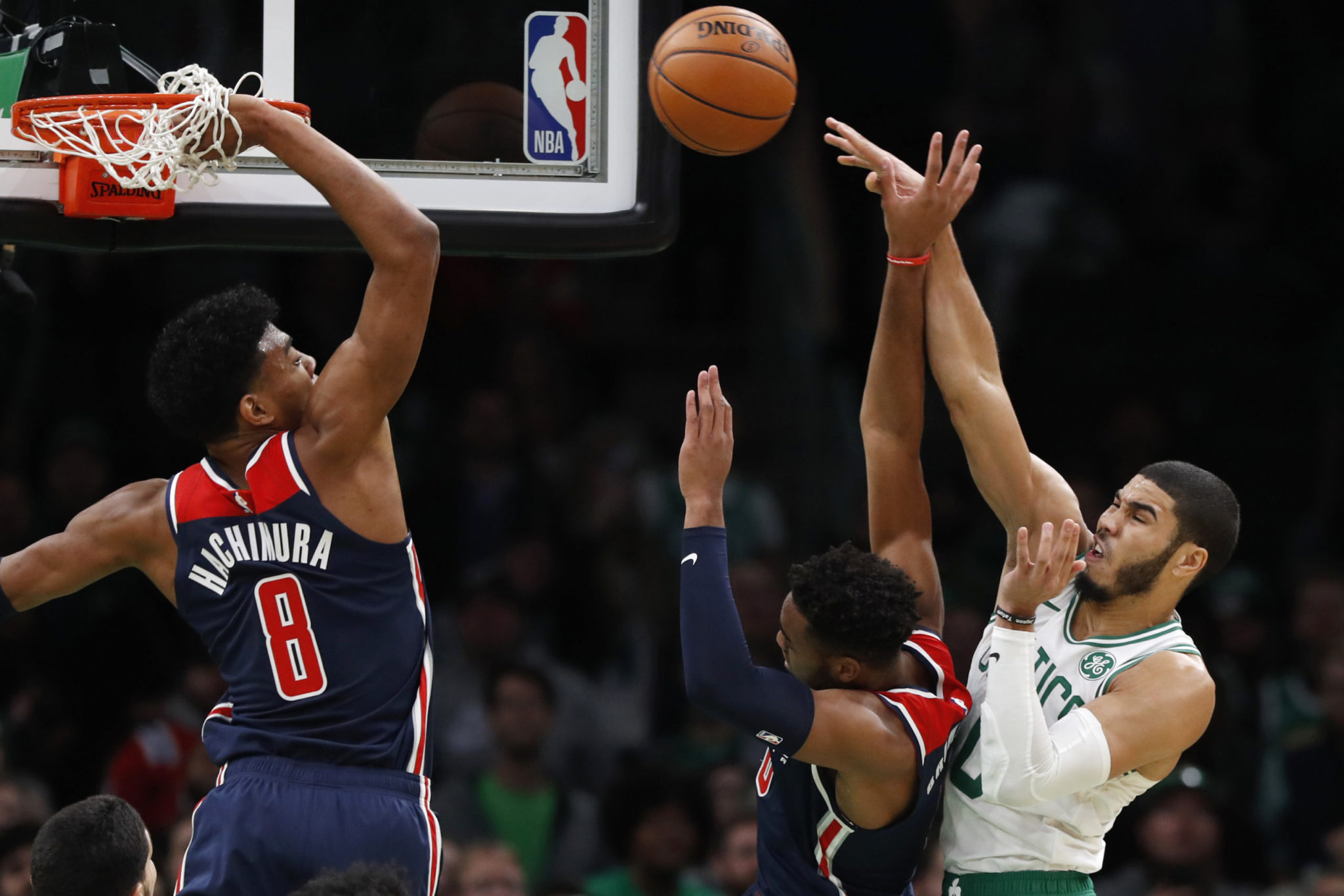 Jayson Tatum was so disappointed in his last game that he went to the team’s practice facility later that night to work on his shooting.

The Boston Celtics forward could go straight home on Wednesday.

Tatum followed up his historically bad shooting performance by scoring 23 points, and Kemba Walker had 25 to help the Celtics overcome 44 points from Bradley Beal and beat Washington 140-133 for Boston’s ninth straight victory.

Tatum was 1 for 18 in the victory over Dallas on Monday and then posted on Instagram a video of himself back at the team’s practice facility, saying, “1-18 gotta be able to laugh at ya self sometime.” On Wednesday, he was 9 for 20, going 1 for 5 from 3-point range.

“Before the game, I’m like, ‘Every night’s not gonna be the best night. It’s all about the bounce back.’ And he bounced back tonight,” Walker said. “I love the way he works on off days to improve his game. We need that kid. We need him a lot, man.”


Jaylen Brown scored 22 and Enes Kanter had 13 points and nine rebounds for the Celtics, who have not lost since the season-opener at Philadelphia; it’s their longest streak since winning 16 in a row in the 2017-18 season. Boston had its highest point total since 1992, but it also allowed 18 more points than in any other game this season.

“It was ugly, and we got it done,” Brown said. “But we’ve got to play Celtic basketball.”

Rui Hachimura scored 21 points and Davis Bertans had nine points and 10 rebounds for the Wizards, who lost their third straight game, and for the sixth time in seven games. Former Celtics guard Isaiah Thomas, who led Boston to the 2017 Eastern Conference finals, scored 18 and had seven assists.

Boston led by two at the half and made it a six-point game after three quarters. After Bertans hit a 3 to open the fourth and make it 102-99, the Celtics ran off the next 10 points.

Boston led by 16 points, 137-121, with 3:39 left in the game before the Wizards ran off 12 in a row. Walker hit a 3-pointer with just over a minute left to preserve the victory, and Hachimura missed a 3 at the other end.

“When you score 133 points, that should win games,” Beal said. “Especially on the road.”

Celtics forward Gordon Hayward watched from the bench, two days after he had surgery on his broken left hand. He is expected to miss six weeks.

Carsen Edwards, a second-round draft choice, had a career-high 18 points for Boston.