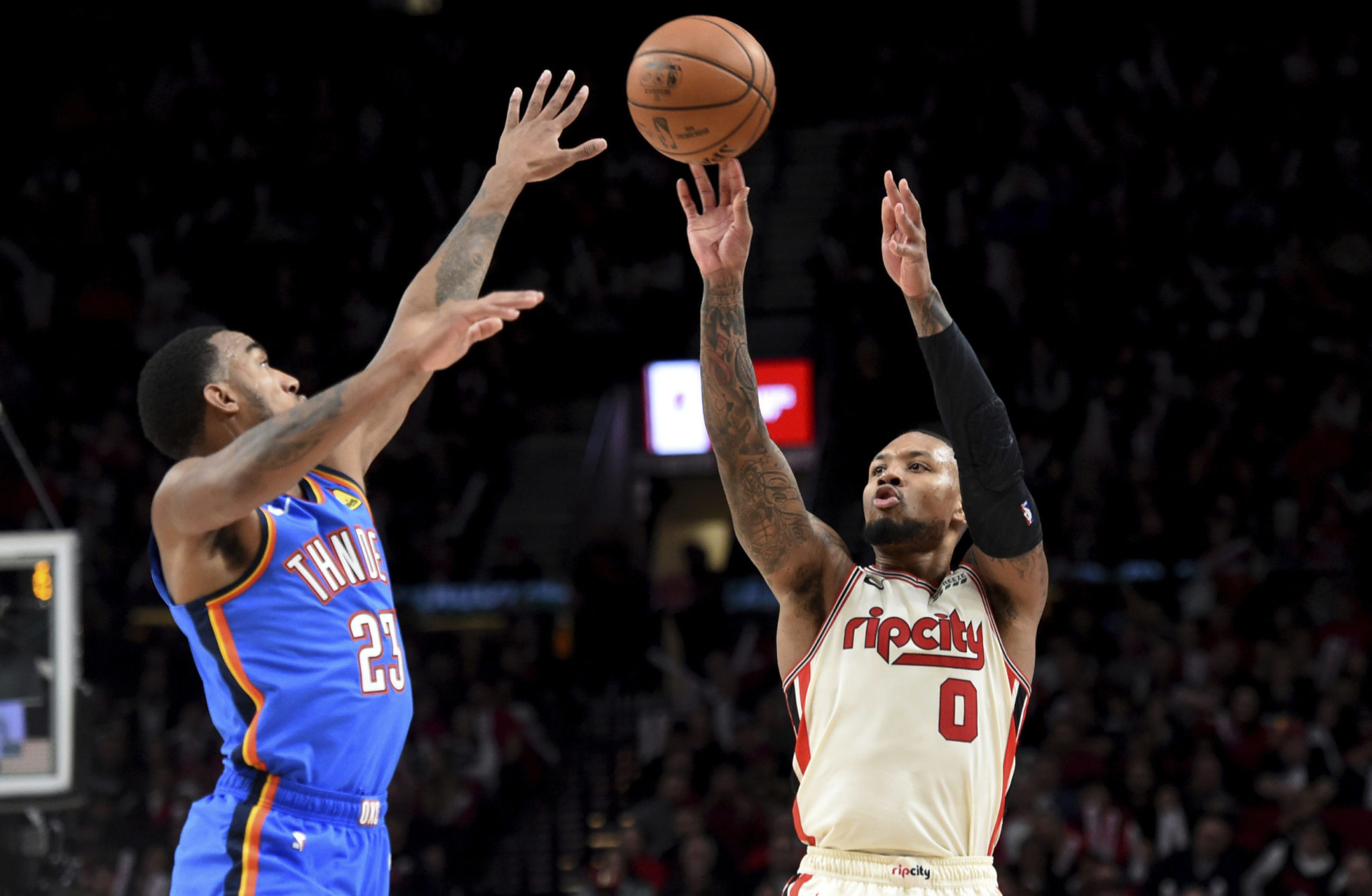 Hassan Whiteside had 21 points and 16 rebounds, and the Blazers led by as many as 35 points in their return home after an extended 2-4 trip.

Anthony’s dunk early in the fourth quarter gave Portland a 111-79 lead and put the crowd on its feet. When he was subbed out a couple of minutes later, fans chanted “’Melo! ‘Melo!”

Abdel Nader had 23 points off the bench for Oklahoma City, and Chris Paul finished with 16 points.


The Blazers signed Anthony in hopes he could help the team overcome a slow start after going to the Western Conference finals last season. The deal was official Nov. 19, in the midst of Portland’s six-game road trip.

The 10-time All-Star played in four games before the team returned to Portland, averaging 16 points and nearly 30 minutes per game. He led the Blazers with 25 points in a 117-94 victory at Chicago on Monday night that snapped a four-game losing streak.

“Getting him on the court is not a problem, you look at the last two games he’s played in the 30s, so getting him on the court — he’s in good condition so that makes it easier for me. Finding combinations that work, finding a rotation that makes sense for everybody, we’re still kind of working through that,” coach Terry Stotts said about working in Anthony. “Other than that, it’s been relatively easy.”

Before signing with the Blazers, Anthony hadn’t played since a 10-game stint with the Houston Rockets ended a little more than a year ago.

The Thunder were coming off their first road win of the season, a 100-97 victory over Golden State on Monday night that snapped a three-game losing streak.


Portland raced to a 40-17 lead and it wasn’t close the rest of the way. The Blazers made their first six attempts from the perimeter and finished with 14 3s. Lillard led the team with five 3-pointers.

The Blazers led 63-50 at the half. It ended on a contentious note when it appeared that Steven Adams hooked Lillard by the neck but wasn’t called for the foul. Lillard complained to the ref, but Anthony spirited him away and toward the tunnel.

Whiteside had 19 points and 12 rebounds at the break.

There was more of the same in the third quarter, with the Blazers maintaining a double-digit lead. Portland went into the fourth quarter up 104-77.