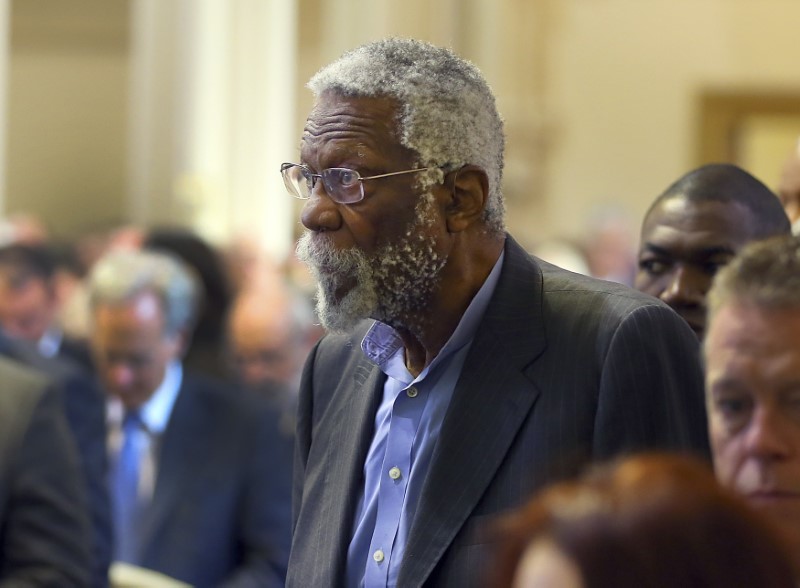 Widely considered one of the NBA’s all-time great centers, Russell did not attend his 1975 induction ceremony in Springfield, Mass., saying via Twitter that he didn’t deserve to be the first black player inducted.

“I felt others before me should have that honor,” he tweeted Friday.

One of those players was Chuck Cooper, who was inducted into the Hall of Fame in September. In 1950, the former Boston Celtics forward became the first African-American player to play in the NBA.


Russell said he received the ring in a private ceremony that was attended by fellow Hall of Famers Ann Meyers, Alonzo Mourning and Bill Walton.

Russell was a five-time league Most Valuable Player and led the Celtics to 11 NBA titles — including eight consecutive — between 1956-69. He also was a two-time Olympic gold medalist and led the University of San Francisco to two NCAA championships.