Jayson Tatum scores 26 to lead Celtics past Suns in Phoenix 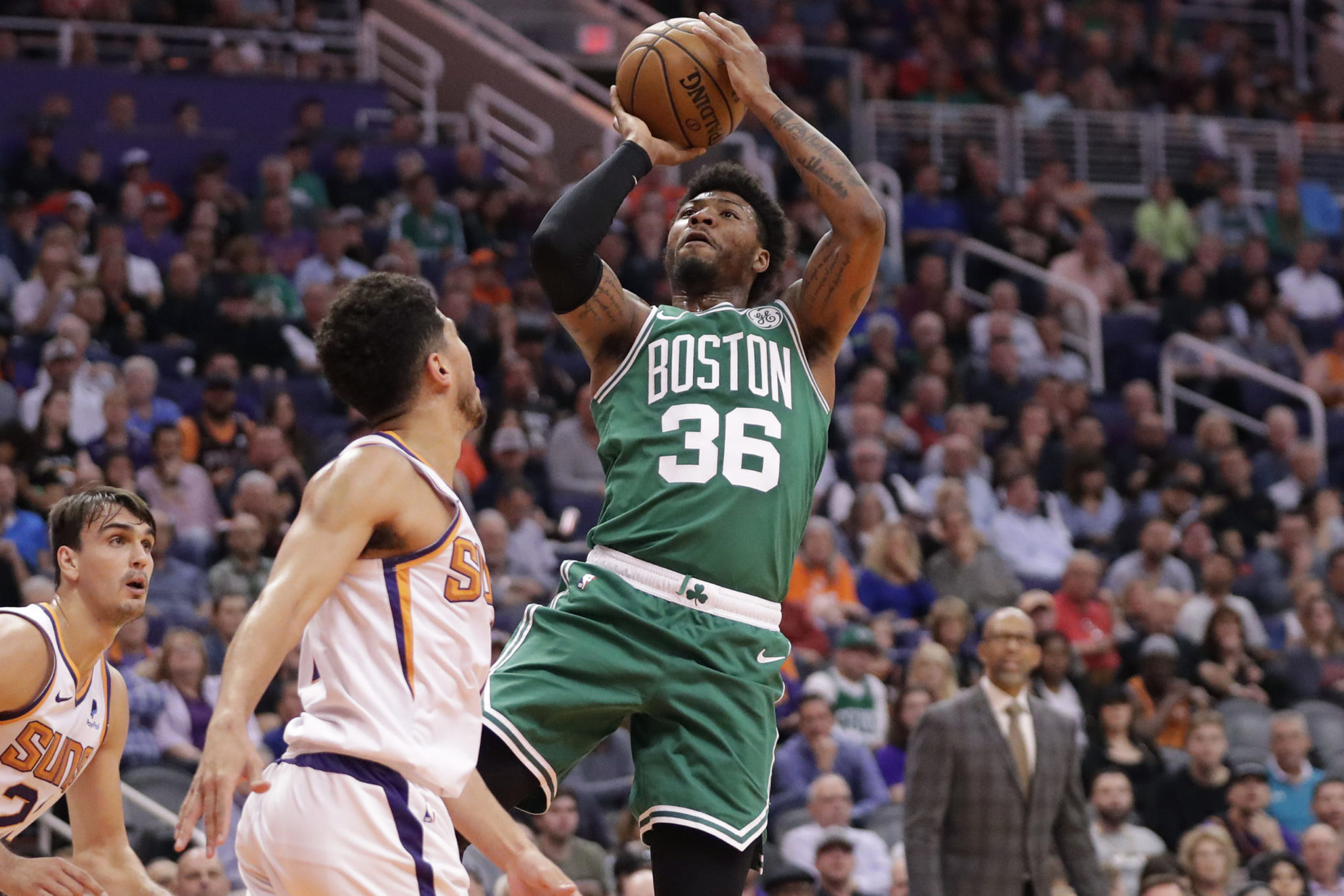 Boston (11-2) had a 10-game winning streak snapped Sunday by the Sacramento Kings but bounced back with a relatively easy road victory. The Celtics led by 15 at halftime and never had their lead cut to less than nine in the second half.

Tatum shot 8 of 16 from the field and added 11 rebounds. Marcus Smart scored 17 points but left early in the fourth quarter because of a sprained right ankle.


Phoenix (7-5) was playing without starting point guard Ricky Rubio, who was out because of back spasms. The offense never looked comfortable without him, relying on individual plays instead of their usual crisp ball movement.

Phoenix shot just 40% from the field, including 28% from 3-point range, and had its lowest-scoring game of the season.

Phoenix had a 38-37 lead midway through the second quarter but Boston closed on a 20-4 run to take a 57-42 halftime lead. Walker finished the rally by blowing past two Suns defenders and making a layup as time expired.

Celtics: Boston missed nine of its first 10 shots but rallied for a 26-22 lead after one quarter. … Smart (sprained right ankle) limped off the court and went straight to the locker room. He didn’t return. … Brad Wanamaker scored 10 points off the bench. … Daniel Theis had no points and 11 rebounds in 27 minutes.


Suns: Rubio’s issues with back spasms were announced less than an hour before the game. Jevon Carter started in his place. Carter finished with three points and two assists in 25 minutes. … Booker came into the game averaging 31 points against Boston over seven career games, which was his highest against any opponent.

Celtics travel to face the Los Angeles Clippers on Wednesday.

Suns travel to face the Sacramento Kings on Tuesday.