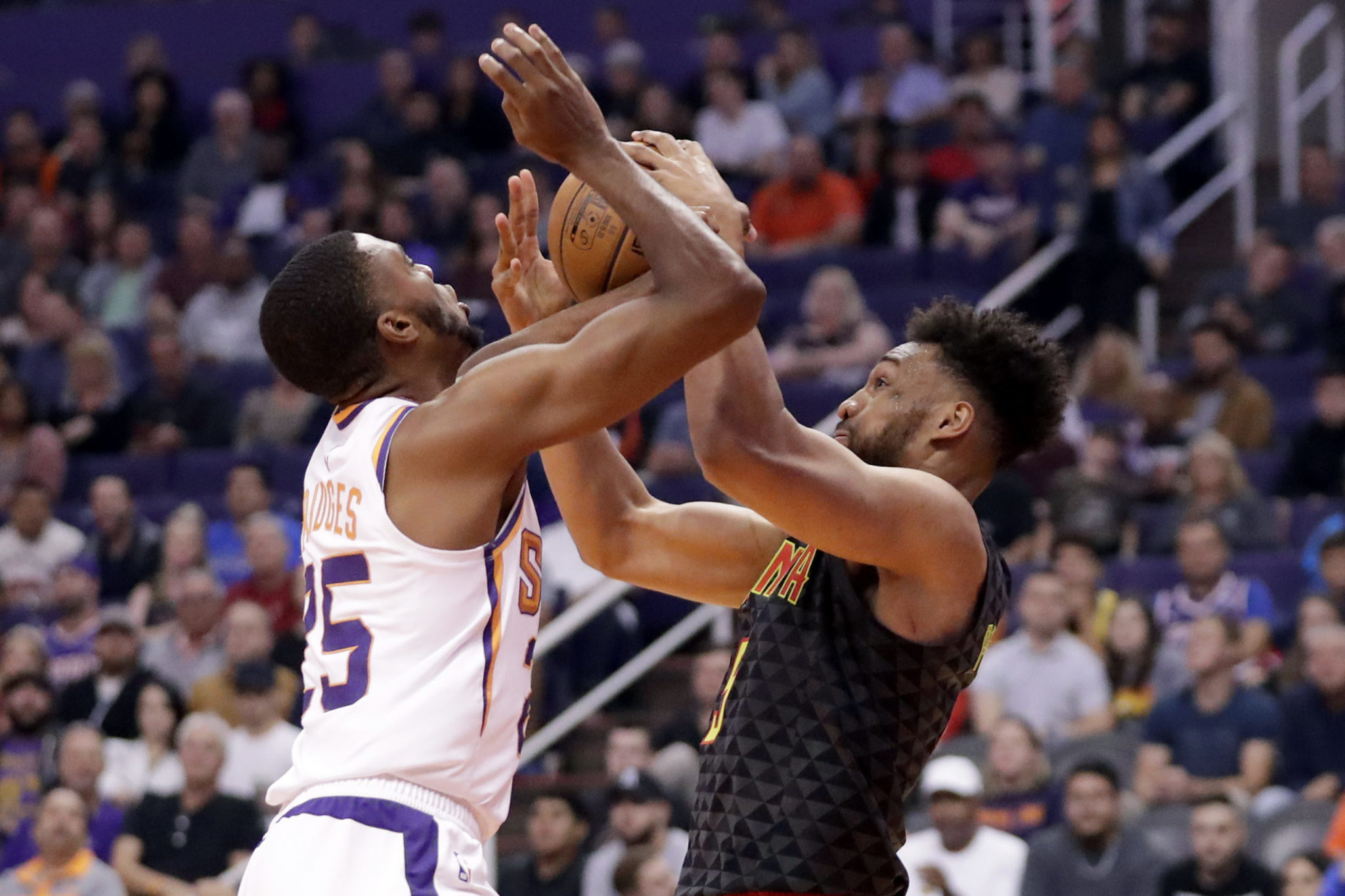 Phoenix (7-4) took a 104-90 lead into the final quarter after Oubre hit a buzzer-beating 3-pointer at the end of the third and kept a comfortable lead throughout the fourth. The Suns are off to their best start through 11 games since 2009, when they started 9-2.

Oubre’s big performance came two nights after his worst of the season. He scored just one point in 19 minutes in a loss to the Lakers.

Dario Saric added 23 points after shooting 9 of 12 from the field, including 3 of 5 from 3-point range.


Atlanta (4-7) was led by Jabari Parker, who scored 24 points. Trae Young had 21 points and 13 assists two nights after a 42-point, 11-assist performance in a win over Denver.

Booker scored 19 points in the first half as the Suns built a 67-61 halftime lead. Young had 17 points and six assists for the Hawks.

Both the Hawks and the Suns were missing key pieces to their teams because of 25-game suspensions for violating the NBA’s Anti-Drug program.

Ayton was the No. 1 pick one year ago and had 18 points and 11 rebounds in his only game this season. Collins was averaging 17 points and 8.8 rebounds before his suspension.

Hawks guard DeAndre’ Bembry was ejected in the third quarter after getting called for two quick technical fouls.

He got the first technical for taunting after blocking Ricky Rubio’s shot. He earned the second a few seconds later for arguing. Booker also was called for a technical during the commotion.


Rookie Cam Reddish was ejected with about four minutes left after getting two flagrant fouls on two separate plays on offensive fouls when he hit a Suns defender in the face with his elbow.

Suns: Rookie guard Ty Jerome still hasn’t played this season because of a right ankle sprain he suffered just before the beginning of the regular season.

Hawks: Continue their road trip at the Clippers on Saturday.

Suns: Host the Celtics on Monday.