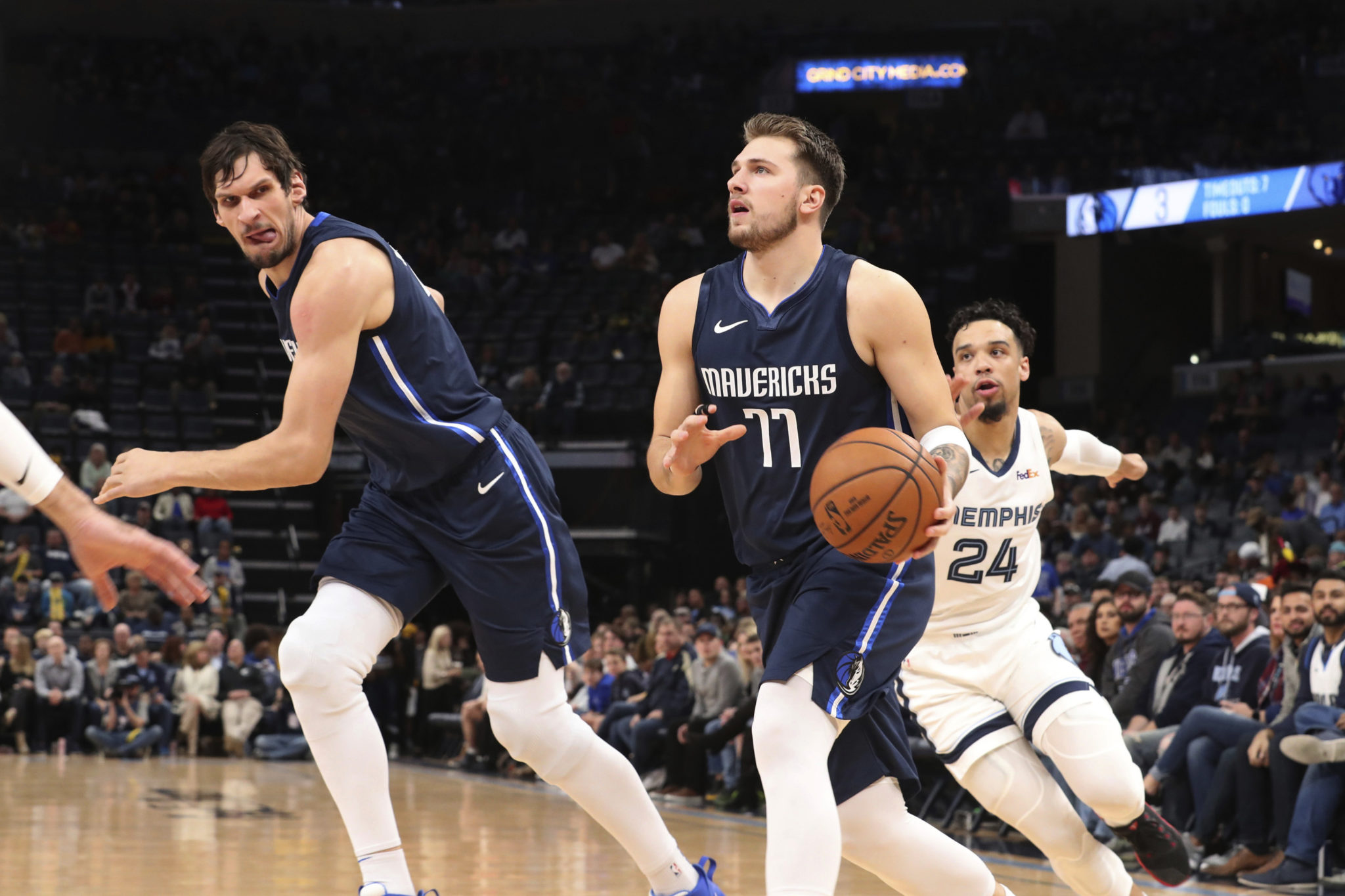 Luka Doncic fell just short of a triple-double with 24 points, 14 rebounds and eight assists to lead the Dallas Mavericks to a 138-122 victory over the Memphis Grizzlies on Saturday night.

Doncic recorded his stats in three quarters as Mavericks coach Rick Carlisle sat the second-year guard while Dallas maintained a double-digit lead in the final period. Kristaps Porzingis already had taken the night off recovering from a left knee injury.

Tim Hardaway Jr. added 20 points for Dallas, Justin Jackson had 17 points and Seth Curry scored 16, all in the first half.

Jaren Jackson Jr. led Memphis with 23 points on 10-for-17 shooting from the field, including a pair of 3-pointers. Jae Crowder added 18 points for the Grizzlies, which lost their second straight.


Doncic helped Dallas pull away in the third quarter, scoring 14 points to give the Mavericks a 104-91 lead entering the fourth.

Memphis played without leading scorer and rookie Ja Morant, who took the night off for rest. Additionally, rookie forward Brandon Clarke did not play to for injury maintenance on a sore back.

The Mavericks used 52% shooting in the first half to carry a 68-62 lead into the break with Curry scoring his 16 points.

Crowder and Marko Guduric led Memphis with 10 points each.

Mavericks: Boban Marjanovic started his first game of the season. … The stop in Memphis was the first of a three-game, six-day road trip that will carry Dallas 3,535 miles. … Hardaway converted a 4-point play in the second quarter. … Doncic failed to reach 25 points for only the second time this season. The only other game when he didn’t score at least 25 was Oct. 29 when he had 12 at Denver.

Mavericks: At Boston on Monday night.

Clay Bailey writes about sports for The Associated Press.