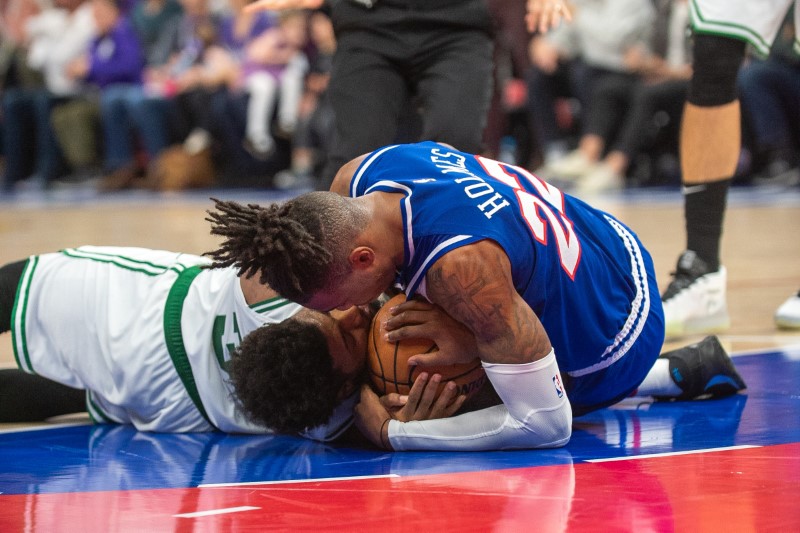 Buddy Hield led all scorers with 35 points and hit seven 3-pointers, as the Kings won for the fifth time in seven games. Nemanja Bjelica (12 points, 14 rebounds) and Bogdan Bogdanovic (12 points, 10 assists) each had double-doubles.

Jaylen Brown led six Celtics in double figures with 18 points, and Daniel Theis had 10 rebounds to go with his 14 points. Boston lost for the first time since its season opener Oct. 23.

The game featured 24 lead changes and nine ties. After Marcus Smart was assessed a loose ball foul on a scrum under the net that withstood a coach’s challenge, Holmes put Sacramento up for good with his two makes.

Jamal Murray contributed a dunk and two assists to a 15-0, second-quarter flurry that erased a deficit and propelled Denver to a romp at Memphis.

Murray finished with 39 points and eight assists for the Nuggets, who won for the sixth time in their last seven games. Jaren Jackson Jr. paced Memphis with 22 points.


Paul Millsap and Will Barton capped the 15-0 burst with hoops that made it 53-40 with 4:34 remaining in the half. Denver extended its lead to as many as 25 in the second period and never allowed the Grizzlies closer than 17 in the second half.

LeBron James scored 33 points and Kyle Kuzma added 17 as host Los Angeles jumped out to a 25-point lead in the first quarter and finished off an easy victory over Atlanta to improve to an NBA-best 11-2.

Rajon Rondo scored 15 points and Anthony Davis added 14 as the Lakers earned their fourth consecutive victory and their 11th in their last 12 games since a season-opening loss to the Clippers.

Trae Young scored 31 points and Cam Reddish added 13 as the Hawks lost their third consecutive game and fell for the sixth time in their last seven contests. Atlanta was blown out in Los Angeles for the second consecutive night after losing by 49 to the Clippers on Saturday.

Tobias Harris scored 27 points on 12-of-14 shooting, Joel Embiid added 14 points and Philadelphia led for all but a few minutes in a win at Cleveland.

James Ennis III contributed 14 points and Furkan Korkmaz had 13 for the Sixers, who snapped a two-game losing streak overall and a five-game road skid. Al Horford had 11 points, and Ben Simmons had 10 points and 11 assists.


Collin Sexton led the Cavs with 17 points, while Jordan Clarkson added 15. Tristan Thompson and Kevin Love had 12 points each for the Cavaliers, who have dropped three in a row.

Nikola Vucevic collected 30 points and 17 rebounds to record his 10th double-double of the season as host Orlando posted a victory over Washington.

Vucevic shot 11 of 14, and Evan Fournier highlighted his 25-point performance with five 3-pointers for the Magic, who have won three in a row. Markelle Fultz made all six of his shots in the first half and finished with a season-high 19 points.

Bradley Beal followed up consecutive 44-point performances by scoring 34, and C.J. Miles added 21 for the Wizards, who lost for just the fifth time in their last 25 meetings with Orlando.

Rookie Nickeil Alexander-Walker scored 19, Nicolo Melli had 16, rookie Jaxson Hayes had 10 points and 10 rebounds and E’Twaun Moore added 10 points as the Pelicans prevailed in a meeting of two young teams with the worst records in the Western Conference.

New Orleans entered the game with three wins, and Golden State had two, one of which was a 134-123 triumph in New Orleans on Oct. 28. Rookie Eric Paschall scored 30, rookie Ky Bowman had 19, Glenn Robinson III had 14, and Marquese Chriss 10 to lead the Warriors.