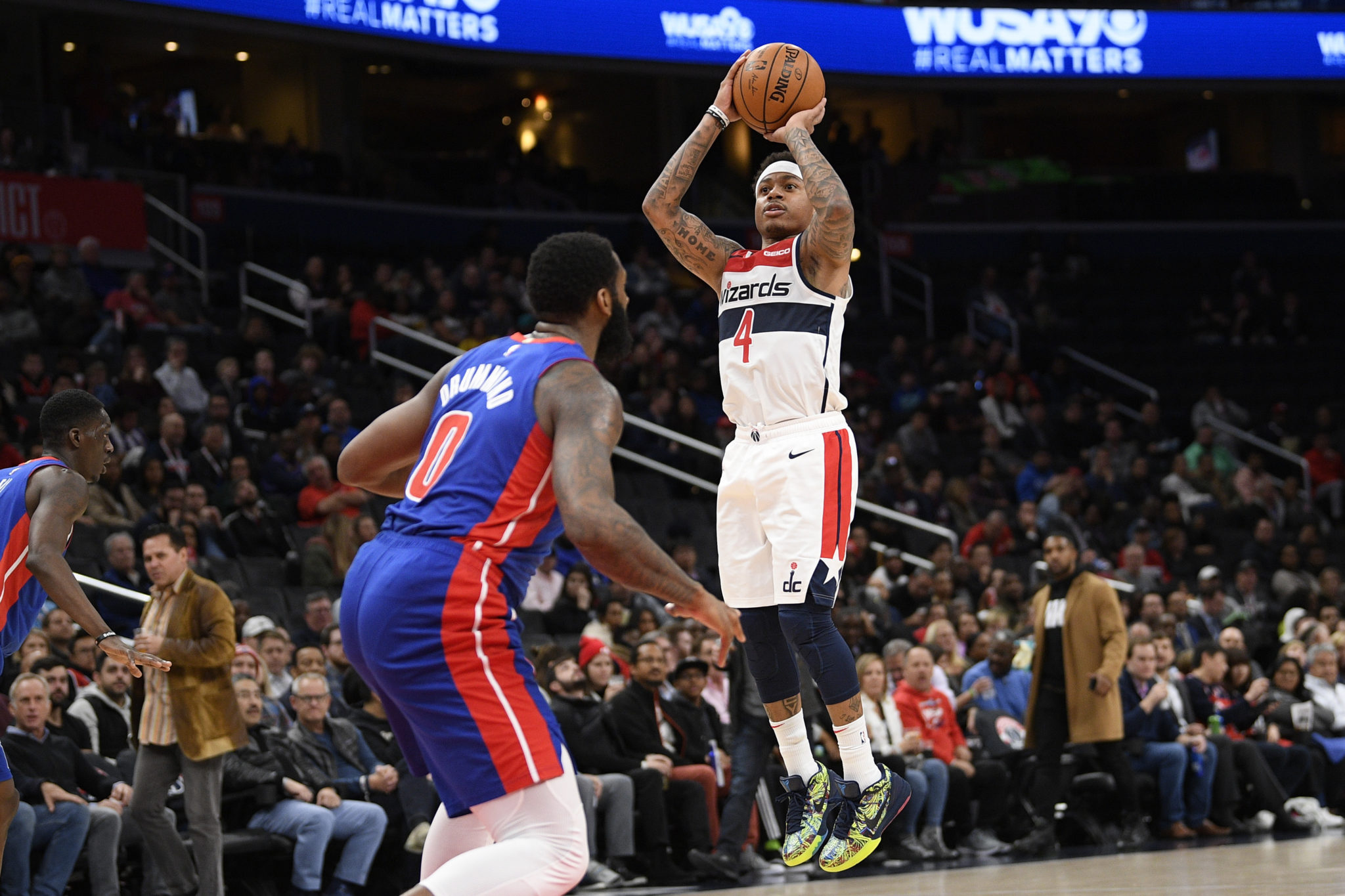 Discussing his first NBA start in more than 1½ years, Isaiah Thomas tried to play it cool at first — his face straight, his voice barely above a whisper, his words betraying no emotion or real significance whatsoever.

“Whether I start or come off the bench, I know who I am. I know I’m one of the best basketball players in the world,” he said. “So, I mean, that doesn’t affect me. I approach the game the same way.”

And that’s when he paused. A smile spread.

“But, I mean,” Thomas continued, “I am happy to be starting.”

The 5-foot-9 point guard was on the floor at the outset of the Washington Wizards’ 115-99 victory over the Detroit Pistons on Monday night, and he finished with nine points, six assists and two rebounds in just under 25 minutes.


None of those individual numbers really mattered all that much.

What was important was what being a member of his team’s first five symbolized: Thomas had worked his way back from a series of injuries, most noteworthy a serious hip problem that sidelined him during the playoffs in 2017 and led to surgery in March 2018.

Earlier that month is when he last started, in a game for the Los Angeles Lakers.

“There were dark days. I mean, it’s rehab. And for me to go through that for two years, it was tough. I’m not going to lie to you. And it did break me at times,” Thomas said. “But … it can’t storm forever. The sun has to come out at some point.”

He was a two-time All-Start in Boston, then got traded to Cleveland in the deal that brought Kyrie Irving to the Celtics. There have been plenty of other travels: The Wizards are his seventh pro team in a career that now has stretched into a ninth season, with averages of 18.6 points, 5.1 assists and 36% shooting on 3s.

After signing with Washington as a free agent in July, Thomas broke his left thumb — that’s his shooting hand — during a workout in September and needed an operation.

He missed the first two regular-season games, then sat behind Ish Smith for the next three, before getting into the lineup Monday.

“Nothing’s permanent. It’s his tonight. It’s probably going to be for a while. … He’s in the NBA for one reason: He is as tough as nails,” Wizards coach Scott Brooks said.


Thomas’ most difficult time came in 2017, when his younger sister died in a car crash.

“I’m never going to quit. No matter what,” he said Monday. “I’ve been through real-life situations that’s bigger than basketball.”

“Really,” he continued, “I probably looked my kids in their eyes and that was probably what kept me going. Because, I mean, it’s been tough the last two years. But I know my end goal. I know I want to be one of the best basketball players to ever play. I know I’ve got a lot left in the tank and I’m only 30 years old.”