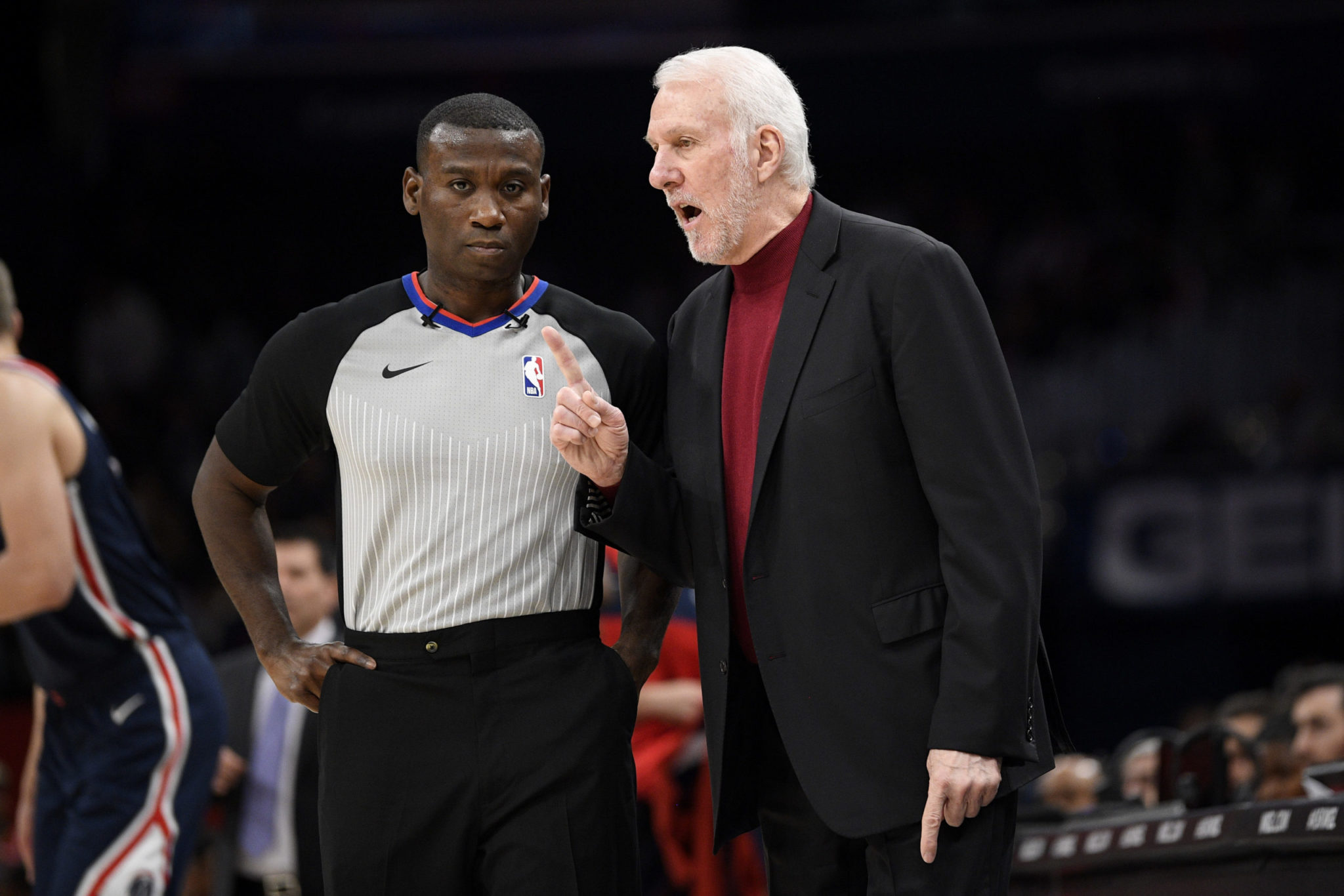 Gregg Popovich and the San Antonio Spurs are in the midst of a seven-game losing streak, their longest skid since he took over as the team’s coach more than 20 years ago.

With little resistance at the defensive end from San Antonio on Wednesday night, Washington’s Bradley Beal shot 9 for 9 in a 21-point third quarter en route to scoring 33 in all, and the lowly Wizards beat the Spurs 138-132.

“All in all, if you score 132 points, you should probably have a pretty good chance to win a game. The bad news is, if you give up 138, you are not going to win,” Popovich said during a brief-as-can-be postgame session. “I’m a really smart guy. I’m figuring that’s logical. I could be wrong. … There’s not much else to say.”

It is the Spurs’ worst stretch since they had a pair of droughts that lasted seven and eight games in 1996-97, when David Robinson got injured and Popovich moved from the front office to the sideline about a quarter of the way through the season.


In the ensuing draft, the Spurs took Tim Duncan, who starred for the team and now is an assistant to Popovich. San Antonio has made the playoffs in each of the past 22 seasons, claiming five NBA championships in that time.

Put simply, the Spurs are not used to this sort of lose night-after-night thing.

“The streak that we’re on, every single game we’ve lost feels worse than the last game,” said DeMar DeRozan, who led San Antonio with 31 points but missed a pair of free throws with 9.9 seconds left and Washington up 136-132.

The Spurs fell to 5-10, despite being ahead 69-63 at halftime and having eight players score in double figures.

That included Patty Mills, who made his first start of the season and began the night 6 for 6 from the field but missed his next four shots and finished with 16 points.

“We’ve just got to stay positive. We’ve got to stick together,” Mills said. “We’ve got to find a way and we’ll get through it.”

Davis Bertans, acquired by Washington from San Antonio in the offseason, and Ish Smith each scored 21 for the Wizards, who came into the day with a 3-8 record, the worst mark in the Eastern Conference.


San Antonio led by 10 before Beal scored nine points in a 22-3 spurt over about 5½ minutes in the third quarter that put the Wizards out front 94-85.

It was quite a turnaround for Beal, who went just 3 for 9 in the first half.

Spurs: Bryn Forbes scored 19. … Derrick White missed a game for the first time this season; he had a sore left foot.

Wizards: This was the 10th consecutive time — and 11th in 12 games this season — that the Wizards gave up at least 60 points in the first half.

Before a game between two teams that have a female assistant (San Antonio’s Becky Hammon and Washington’s Kristi Tolliver), Popovich was asked about the possibility of a female head coach in the NBA. His answer: “There’s no difference between a woman who knows the game and a man who knows the game. It’s just another prejudice that probably has to be overcome — just like a lot of other prejudices in the world have become less and less as people pay attention to them. It’s a process. It doesn’t happen quickly. But I think the more women there are, obviously, it becomes more commonplace and the rule, and it will depend on an organization realizing that there are women that can do this. Every woman can’t; every man can’t. The point is that there’s got to be enough to choose from.”

Spurs: At Philadelphia on Friday.