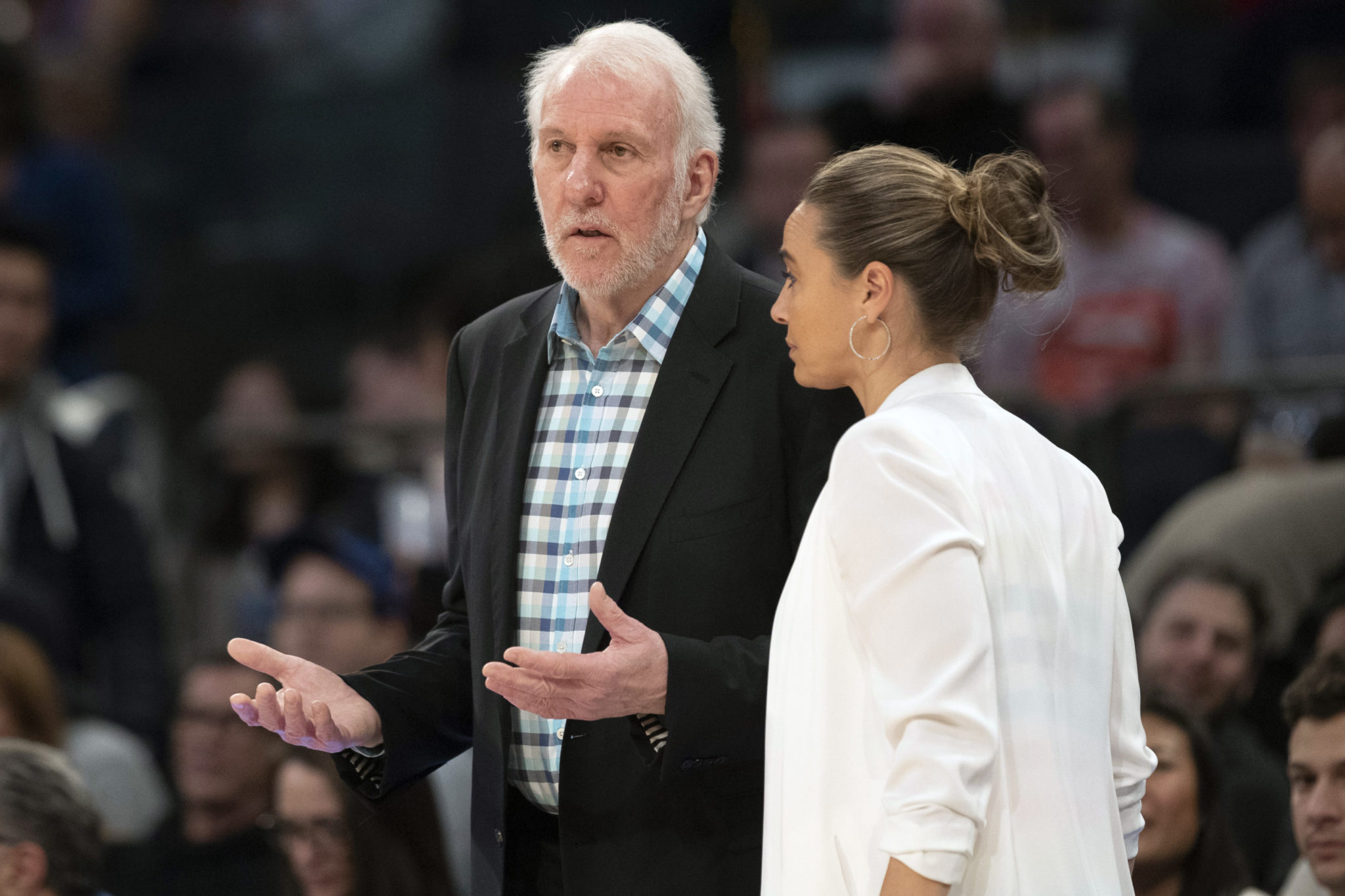 Gregg Popovich’s longest losing streak as Spurs coach is over, though there was no celebration.

Nor was there much despair while San Antonio lost the previous eight games.

“These guys, they’re too hardened and they’re all pros. They’re grown men. They’ve got families and kids and that kind of stuff doesn’t bother them,” Popovich said. “Nobody likes to lose a bunch of games, but it’s not going to debilitate them. They’ll still get their paychecks.”


The Spurs never trailed, led by as many as 28 and looked like the kind of team Popovich has usually had, not this one that has been one of the NBA’s worst defensively. San Antonio was in control until deep into the second half, even while playing on the second night of back-to-back games to end a four-game road trip.

“I think everyone was definitely unhappy and frustrated, but you’ve got to change your own fate,” Aldridge said. “You’ve got to find a way and tonight I thought we played better, played with more of a sense of urgency and got a win.”

DeMar DeRozan added 21 points and nine rebounds for the Spurs, who came in yielding 116.1 points per game but held the Knicks under 100 until the final 10 seconds of the game.

Marcus Morris scored 20 points for the Knicks, who had played better in their last four games after a 2-9 start.

“I don’t know how to explain it,” coach David Fizdale said. “We were in the mud and they were a desperate team. So, we got punched in the face and we dug a hole.”

The eight-game skid was the Spurs’ longest since early in the 1996-97 season under Bob Hill, when Popovich was the general manager. He replaced Hill later that season and the Spurs drafted Tim Duncan after it. They’ve since won five NBA titles during a record-tying 22 straight postseason appearances.


Popovich shrugged off any interest in that or any other streak or achievement, saying all that mattered was working hard each night whether it was a win or a loss.

Lately, it had been all losses, but there was never really a chance of one Saturday.

The Spurs jumped to a 7-0 lead and it was never much of a game from there. They extended it to 26-9 later in the first quarter en route to a 32-16 lead after the period. There were noticeable boos when the Knicks took a timeout trailing 48-27, and they were a whole lot louder and angrier when the teams headed to the locker room with San Antonio holding a 68-43 halftime cushion.

The Spurs shot 59% in the first half and held the Knicks to 4-for-16 shooting from 3-point range.

“Just a bad start,” Knicks forward Julius Randle said. “And you do that, I probably said it before, you’ve got to play perfect down the stretch.”

New York finally got something going in the third and cut it to 14, and finally got it to single digits when Morris’ four-point play made it 105-96 with 3:57 to play. RJ Barrett followed with a bucket, but that was as close as it got until the final basket.

Spurs: G Dejounte Murray sat out to rest his right knee. … Trey Lyles, who had fallen from the rotation and played just two minutes Friday in Philadelphia, came off the bench for 12 points in 15 minutes. … San Antonio improved to 2-7 on the road.

Knicks: Bobby Portis had 16 points, Randle added 14 and Barrett scored 13. … Fizdale said second-round draft pick Ignas Brazdeikis will continue to spend time with the Knicks and their NBA G League affiliate. Brazdeikis had a 36-point game for Westchester this week.

IT HASN’T BEEN ALL BAD

Before their struggles started, the Spurs got off to a good start. They won their first three, starting with an opening-night victory over the Knicks, and were 4-1.

“After we were 3-0 I thought that the trophy should have been given to us. Come on, it’s the Spurs,” Popovich joked.

Spurs: Host the Los Angeles Lakers on Monday in their return from a four-game trip.