Tacko Fall is a headliner as G League season opens

Fall was a preseason phenomenon with the Celtics, and fans were often chanting at Boston coach Brad Stevens to give him minutes. 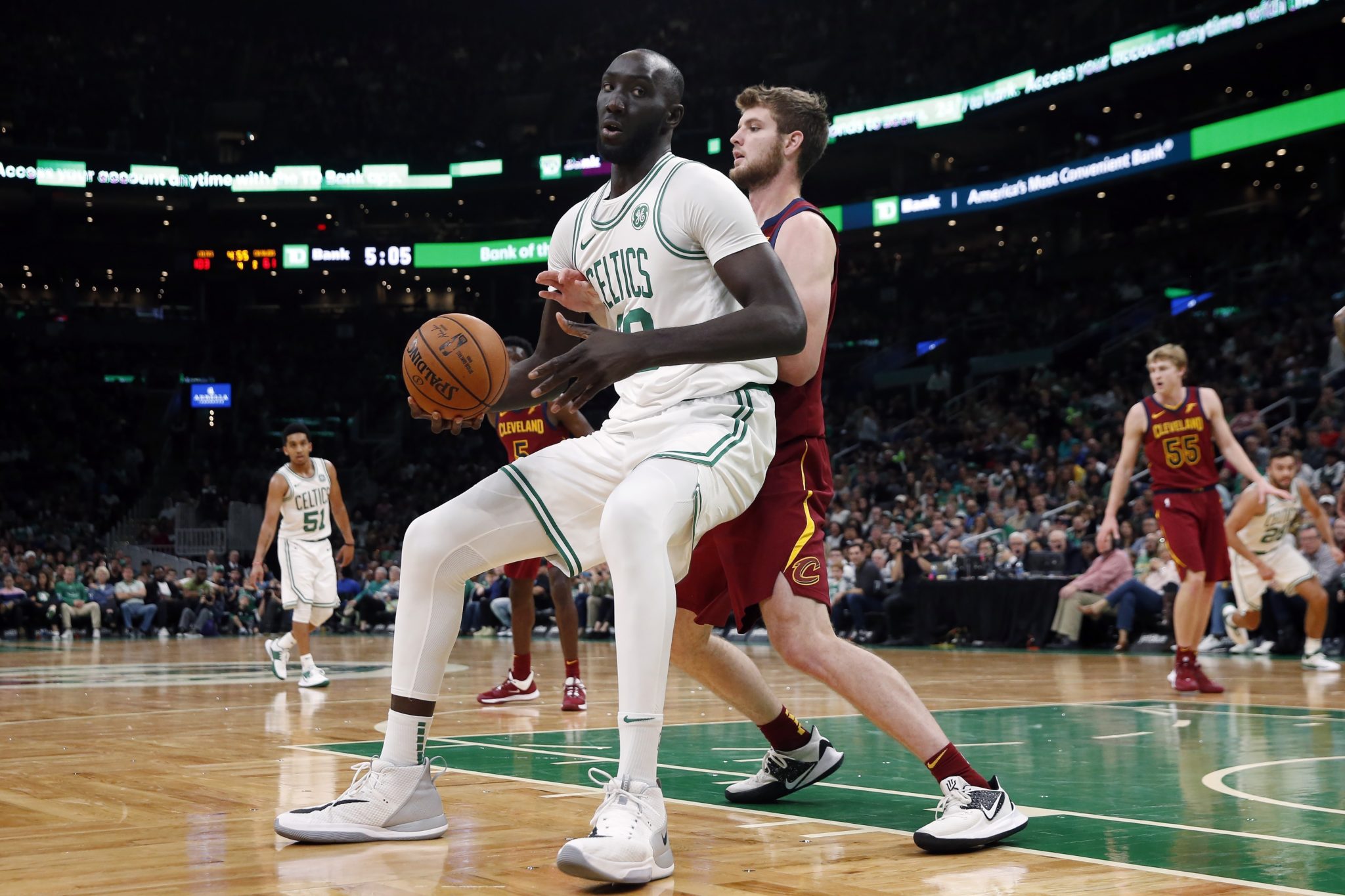 The NBA has the one-name stars: LeBron, Kawhi, Giannis. When talking about them, adding the surnames James, Leonard and Antetokounmpo to the sentence is rarely necessary.

The G League now has one as well: Tacko.

A two-way contract has never been as hyped.

Boston rookie Tacko Fall, at 7-foot-5, is unquestionably the biggest man and probably the biggest name in the G League to open this season. He might be the next in a rapidly growing line of G League success stories.


The two-way contract has been a valuable tool for NBA clubs and players, with 11 of those last season getting converted to standard contracts that will be worth more than $36 million in all.

“Teams wanted a way to feel more connected to their G League players and the two-way has done that,” G League President Shareef Abdur-Rahim said. “They see a guy, they invest in him and they don’t want to lose him. You see the way teams are using them, and they’ll continue to grow and blossom.”

There are 59 players on two-way deals to start this season; every NBA team has two, with the exception of Phoenix, which signed only one. The two-way deal is a vehicle where teams can sign a player to their G League team for just under $80,000 — but pay him a daily NBA rookie wage for up to 45 days where he is called up to the big club, which could work out to another $200,000 or more.

Fall was a preseason phenomenon with the Celtics, and fans were often chanting at Boston coach Brad Stevens to give him minutes.

“It gets a little awkward sometimes,” Fall said.


But teammates say Fall has handled it well, noting that even a trip to the mall often turns into a scene where 100 fans or more want a selfie — requests that Fall almost always obliges.

“I don’t know if we’ve had a guy yet come into our league with a name that’s nationally recognized,” Abdur-Rahim said. “I know the folks in Maine are really excited about what he can do there, in that community and that team being connected to the Celtics, it’s huge. He’s exciting and he has an unbelievable story.”

Fall is from Senegal, grew up playing soccer, wasn’t a big fan of basketball when he started playing seven years ago and became a celebrity during his college career at UCF. In Maine, face value of the most expensive seat for Red Claws games is $32. For the team’s home opener on Nov. 15, some tickets on the resale market are priced for nearly 10 times that much.

Forecasters say the temperature outside could dip below freezing in Maine that night, too.

“It’s definitely going to be my first winter,” Fall said.


Some other things to know about the G League:

There are 14 players who were taken in the NBA draft currently on two-way deals, including former first-rounders Henry Ellenson and Timothe Luwawu-Cabbarot. Other notables: former Oregon standout Bol Bol (drafted by Denver) and Sacramento rookie Kyle Guy, who helped Virginia to last season’s NCAA championship.

The G League was prepared to offer $125,000 “select contracts” to players who aren’t yet draft-eligible but didn’t want to take the one-and-done college route this season. No such deal actually got done, but the league is keeping the option.

“There was a lot of interest,” Abdur-Rahim said. “We’re educating folks about it, we learned a lot and we didn’t take the approach of like recruiting for them. We had conversations. We don’t view it as a failure.”

Teams play 50 regular-season games in the G League, with the schedule starting Friday night and running through late March. There are 28 franchises in the G League; Abdur-Rahim insists that the league will grow to 30 teams soon with one operated by each NBA franchise, but doesn’t believe that will happen by the 2020-21 season. Portland and Denver are the holdouts.

There were 16 players in last season’s NBA Finals with G League playing experience. Toronto’s Pascal Siakam was the 2017 G League Finals MVP; he won a title with the Raptors last season and agreed to a $130 million extension last month. Raptors coach Nick Nurse is also a G League title-winning coach.

In most situations, a two- or three-shot foul will result in only one free throw in the G League this season. Makes will count for the two or three points. Multiple free throws will be taken in the last 2 minutes of regulation or in overtime. Abdur-Rahim knows traditionalists won’t like it much, but data suggests it can be effective — and could get the time of games under 2 hours. “We just feel like now is the appropriate time to test it,” Abdur-Rahim said.

The G League is a proving ground for coaches as well, with 10 of the league’s 28 head coaches being new to their jobs this season. Longtime Miami assistant Eric Glass is among the first-time G League coaches, taking over the Heat affiliate in Sioux Falls. “He’s been ready,” Heat coach Erik Spoelstra said.