Walker leaves game on stretcher after collision with teammate 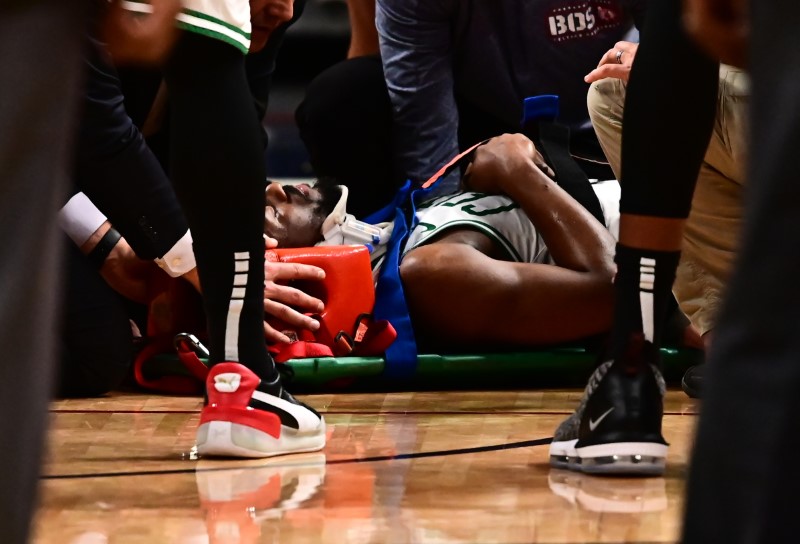 Boston Celtics point guard Kemba Walker exited a Friday night game against the Denver Nuggets after his head collided with a teammate in a frightening incident that saw him carted off the court.

The three-time NBA All-Star appeared to stumble forward, before falling headfirst into his teammate Semi Ojeleye’s torso, his neck buckling from the impact in front of a packed hometown Denver crowd in the second period.

Medical staff came onto the court and carried Walker off on a stretcher, as stunned onlookers applauded the fallen player, who has led the Celtics in points per game.


On Twitter, his team wrote that Walker was being taken to the hospital for tests after being diagnosed with “concussion-like symptoms.”

Fans and fellow players unleashed an outpouring of support for the 29-year-old, as the jarring incident played out on repeat on television and social media, quickly becoming one of the top most-discussed topics on Twitter.