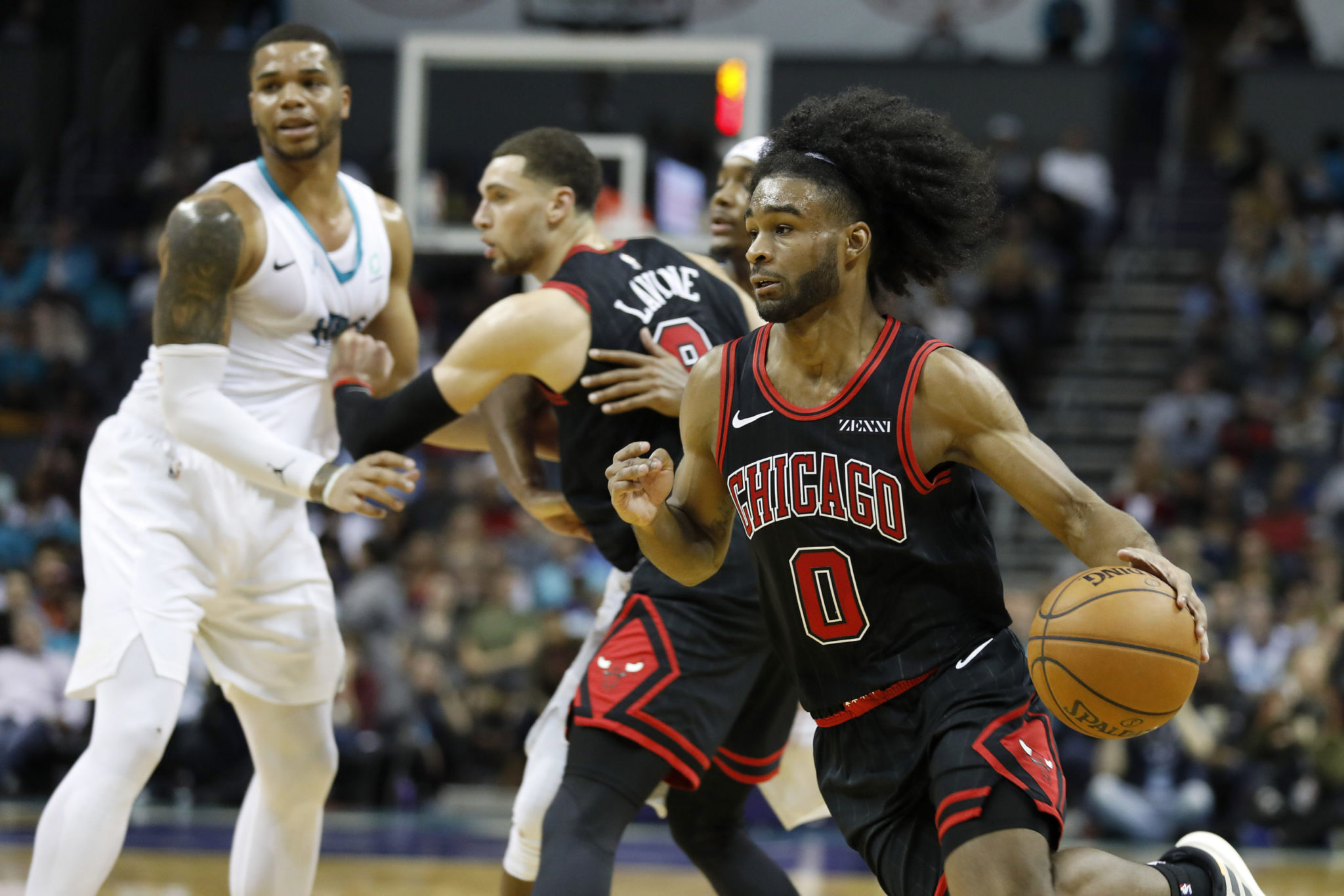 Zach LaVine had a career-high 49 points, including the winning 3-pointer with 0.8 seconds left to give the Chicago Bulls a 116-115 win over the Charlotte Hornets on Saturday night.

LaVine, who questioned his relationship with head coach Jim Boylen the previous night, shot 17 for 28 from the field — including 13 for 17 on 3s to tie an NBA record. Only Golden State’s Stephen Curry and Klay Thompson had previously made 13 from beyond the arc in an NBA game.

Terry Rozier III had a game-high 28 points for Charlotte. Marvin Williams scored 19 of his 21 points in the second half as the Hornets recovered from a 14-point deficit in the first half and led by 11 early in the fourth quarter. Devonte Graham added 18 points.

LaVine’s late bucket ended a flurry for the Bulls, who trailed by five with less than 10 seconds left before Tomas Satoronsky hit a 3-pointer with 7.1 seconds remaining and White made a steal to set up LaVine’s game-winner from the right wing with less than a second to go.

The night before, LaVine was pulled from the game early in the first quarter after Miami had taken a 13-0 lead. After that 116-108 home loss, LaVine said he sensed a lack of trust from Boylen.

“We had a good talk today,” Boylen said. “Our goals are the same. We’re moving forward. … I know Zach’s heart. I know he cares about the team. We all can get frustrated with a poor performance. Me included.”

Levine, who entered averaging 19.5 points per game, started his 17th straight game and hit his first three shots — all 3s — and two free throws for 11 points in the first 7 1/2 minutes of the game and stayed hot the rest of the night.

Bulls: When told pregame the NBA was considering changes that would alter the regular season and postseason schedules, Boylen offered his blanket support. “I’m a huge Adam Silver fan and I’m going to worry about coaching my team,” Boylen said of the league commissioner. “If they feel that’s best for the league and all of us, we’re all reaping the benefits of what’s been laid down by the league office. And I’ll continue to trust that. Whatever they want, I’ll support.”

Hornets: Veteran swingman Nic Batum missed the first 11 games of the regular season after suffering a broken finger in his left hand in the preseason. Though he’s been coming off the bench, Hornets coach James Borrego applauded Batum’s return to his lineup before Saturday’s game. “He’s done a good job,” Borrego said. “I think he’s been a real asset for us on the defensive end. His length, his experience, playmaking, secondary play maker. He’s getting his legs underneath him these last few games, so I think he’s doing well.”