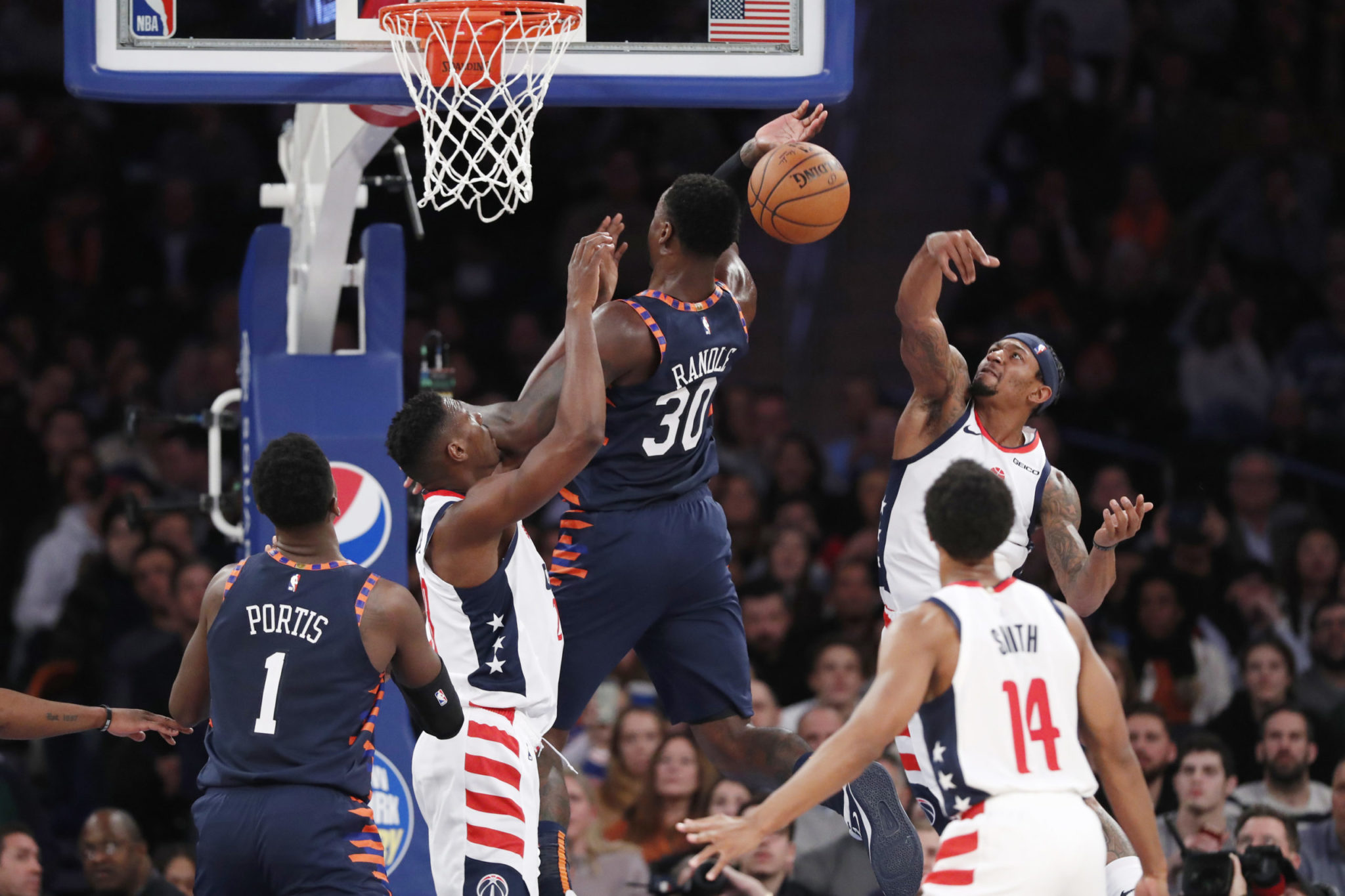 Washington coach Scott Brooks understands how difficult it has been for Gary Payton II to find a spot in the league since going undrafted three years ago.

The 27-year-old guard could hang around for a while if he continues to play the way he did Monday night.

Payton finished with 10 points, 11 rebounds and five assists off the bench to help the short-handed Wizards outlast the New York Knicks 121-115.

With almost half their roster out due to injuries, the Wizards had to reach out to the G League to grab an extra body even before they learned that Isaiah Thomas was going to be hit with a two-game suspension for entering the stands to confront a fan during Saturday night’s game in Philadelphia.

Payton took a red-eye flight from Las Vegas that night and landed in Washington on Sunday.


A physical exam came back fine and Payton was off to New York on an Amtrak train.

“Hopefully, he sticks and plays a long time in this league. He has what every coach wants. Defensive toughness. A presence,” Brooks said.

“Makes winning basketball plays. It’s remarkable. He flies in and meets with me for two minutes. He meets with our staff and has a breakfast meeting and plays so well. Give him credit.”

Bradley Beal scored 30 points and Troy Brown Jr. added 26 off the bench for the Wizards, who snapped a three-game losing streak.

Ish Smith added 17 and Anzej Pasecniks, who’s on a two-way contract, chipped in 14 for a Washington team that only had nine healthy players ready at tip-off.

Payton was one of them and certainly didn’t disappoint.

“They told me they were short-handed and I was going to go. I was prepared to go,” Payton said.

“They told me about the basic schemes and what not. We went over a few plays on offense.”


The son of Hall of Famer Gary Payton, who was nicknamed ‘The Glove’ because of his defensive presence, Payton wasn’t too shabby on that end of the court as he finished with six steals over a career-high 34 minutes.

He picked up whatever he could during a pregame meeting with the coaching staff that lasted no more than 10 minutes.

“He just took advantage of his opportunities given and he’s a true talent,” Beal said.

Randle was critical of New York’s lack of focus, which he traced all the way back to the team’s morning shootaround at its practice facility despite jumping on Washington early to start the game.

“I think our approach the whole day was terrible,” Randle said. “From shootaround on, I think we had a bad approach as a team collectively, top to bottom, myself included. We could have been better. We jumped out on them, got the lead and didn’t sustain it.

Washington trailed by 13 points late in the first quarter before heading into halftime down 64-63.

The Wizards then went on a 14-0 run to open up the second half and seemed on their way to an easy win after increasing the lead to 116-99 with 4:40 remaining before New York stormed back.

New York then went on a 16-2 run, highlighted by Mitchell Robinson’s hustle in the paint for a dunk that cut the lead to 118-113 with 1:20 left. On the next possession, Robinson swatted Beal’s layup, leading to Randle’s layup on the other end that made it 118-115 with 48 seconds to play.

Brown then missed a 3-pointer, but Elfrid Payton missed a potential tying 3 from the top of the arc.

Brown then hit three straight free throws to seal it for Washington.

Wizards: F Jason Robinson made his first NBA start. He was recalled from Capital City Go-Go, Washington’s G-League affiliate. … Beal attempted a career-high 38 shots. He made 13.

Brooks understood where the league was coming from when it issued its suspension of Thomas, but also called for improved control over fans attending games.

“I understand the rule. The rule is there and it’s a good rule,” Brooks said. “But I think we also have to be cognizant that we have to control some of the fans. What they say, it’s just out of control at certain places.”

Payton was averaging 21.4 points, 9.5 rebounds and 6.8 assists for the South Bay Lakers and was the G League player of the week for the week ending Dec. 16.

Wizards: Close out their four-game road trip at Detroit on Thursday night.