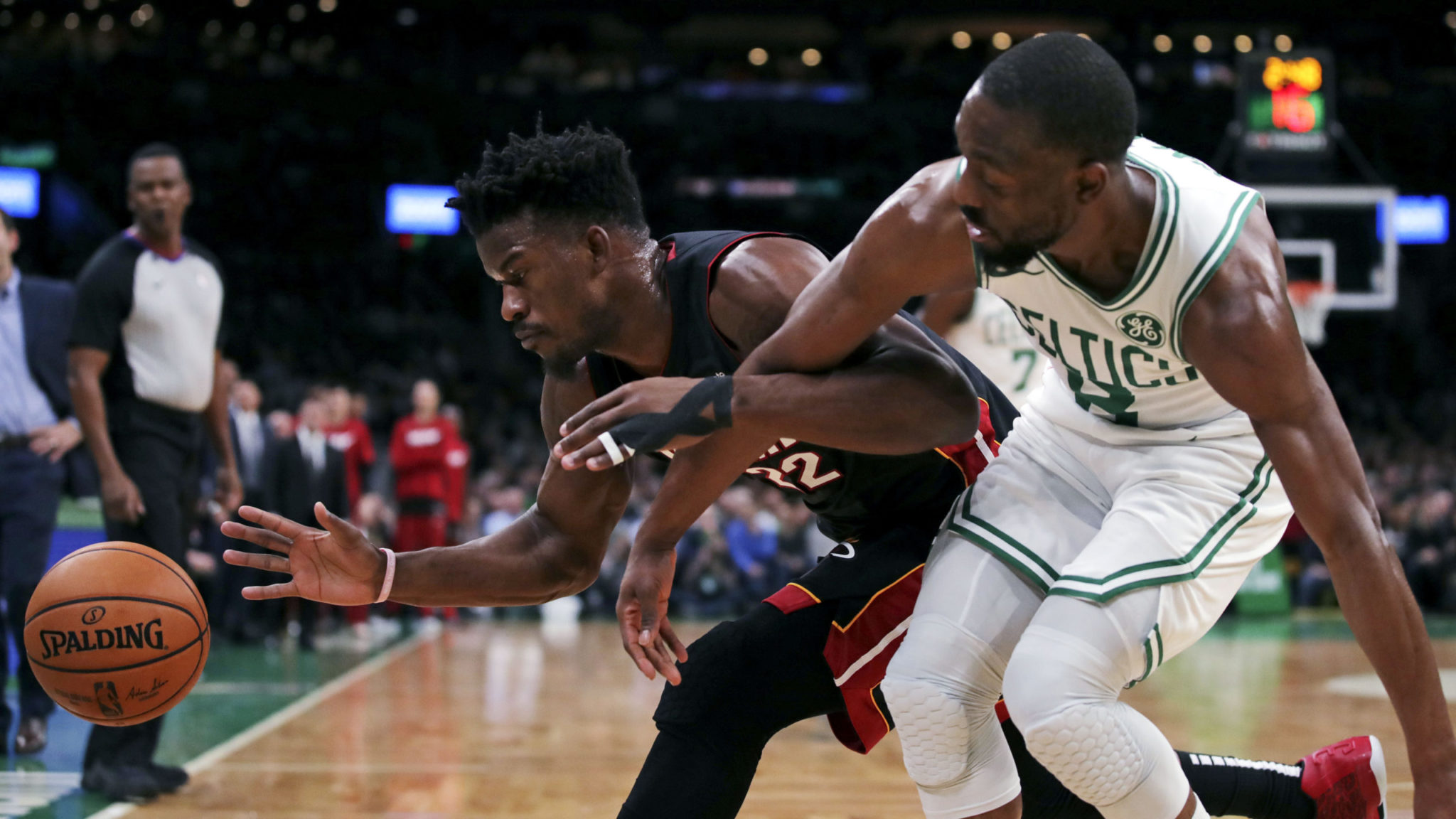 Jaylen Brown banked in a 3-pointer and blew a kiss to a former teammate.

He wanted to remind old friend Kelly Olynyk that he can shoot from the outside.

Brown scored a season-high 31 points, Kemba Walker had 28 and the Boston Celtics beat the Miami Heat 112-93 on Wednesday night.

“That was for Kelly. I don’t know if he was over there,” Brown said of his kiss. “That’s my guy. That was all love right there. I was showing some love. He said I was going to miss, so I sent some love over to him.”


Brown said he’s shown others “some love” after key shots.

“People say I’m a non-shooter when I make it, I guess that’s my gift over to them,” he said, smiling.

Jayson Tatum added 19 points to help Boston improve to 8-0 at home. Brown connected on a season-high five 3-pointers, and Walker had seven assists and four rebounds with six shots made from beyond the arc.

Jimmy Butler led the Heat with a season-high 37 points and had six rebounds and four assists. Olynyk, who played his final of four seasons in Boston with Brown, added 12 points, and Duncan Robinson and Justise Winslow each had 10. Miami had won three in a row.

“We didn’t play together on either end — defense, offense,” Butler said. “That’s not how we’ve been winning games. That’s one that we really wanted to win. I felt like we could have proved to ourselves how we’re a good basketball team. I feel like we took a step back. Back to the drawing board.”


Heat coach Erik Spoelstra left the team in the morning, flying home to be with wife Nikki for the birth of their second son. Assistant coach Dan Craig ran the team.

“Obviously, it was a big adjustment. You’re going from that assistant chair to the head coach chair,” Craig said. “I’m just trying to juggle all that dynamics of what the head coach has to deal with before the game, in game, after game.”

Brown hit two 3-pointers and Semi Ojeleye had one – all coming from the left corner directly in front of the Heat bench just over a minute apart – during a 9-1 spurt that pushed Boston’s lead to 80-67 late in the third quarter. The Celtics led by 13 after three quarters.

Boston then scored the first seven points of the fourth, making it 89-69 on Carsen Edwards’ 3 from the right wing.