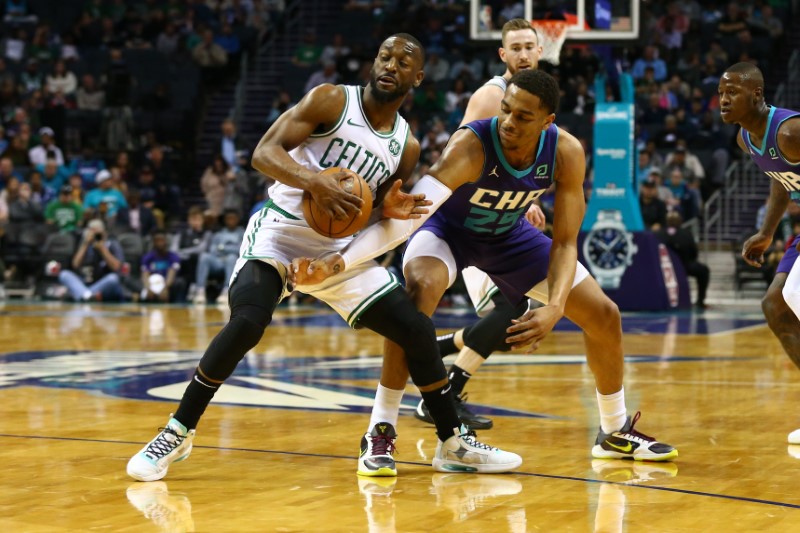 Coming in off a lopsided loss to reigning NBA champion Toronto, Boston ratcheted up its defensive intensity early. The Celtics limited the Hornets to just 18 first-quarter points and 43 for the first half.

Boston book-ended the contest by holding the Hornets below 20 points again in the fourth quarter, ultimately pulling away with a 29-19 edge in the final 12 minutes.

The Celtics forced Charlotte into 17 turnovers, with the help of three steals each from Tatum and Walker, who played eight seasons for the Hornets before leaving this offseason. Boston then exercised an advantage on the interior to steadily build its lead.


The Celtics scored 54 points in the paint to the Hornets’ 42, and dominated on the boards, 54 rebounds to 41.

With its offense clicking inside, Boston successfully played inside-out. The Celtics connected on 14 of 38 3-pointers, led by Tatum’s 4 of 7. Tatum bounced back from a 12-point outing against the Raptors in which he attempted just seven field goals.

Enes Kanter came off the bench and registered a double-double of 13 points and a game-high 14 rebounds, and he contributed to the defensive effort with six blocked shots.


The Boston defense, which came into Tuesday’s matinee ranked second in opponent points per game at 104.0, kept Charlotte below 100 points in regulation for the fourth time during the Hornets’ six-game skid.

Boston was without Jaylen Brown, who sat out due to an illness.