Dallas may have to face East beasts minus injured Luka Doncic 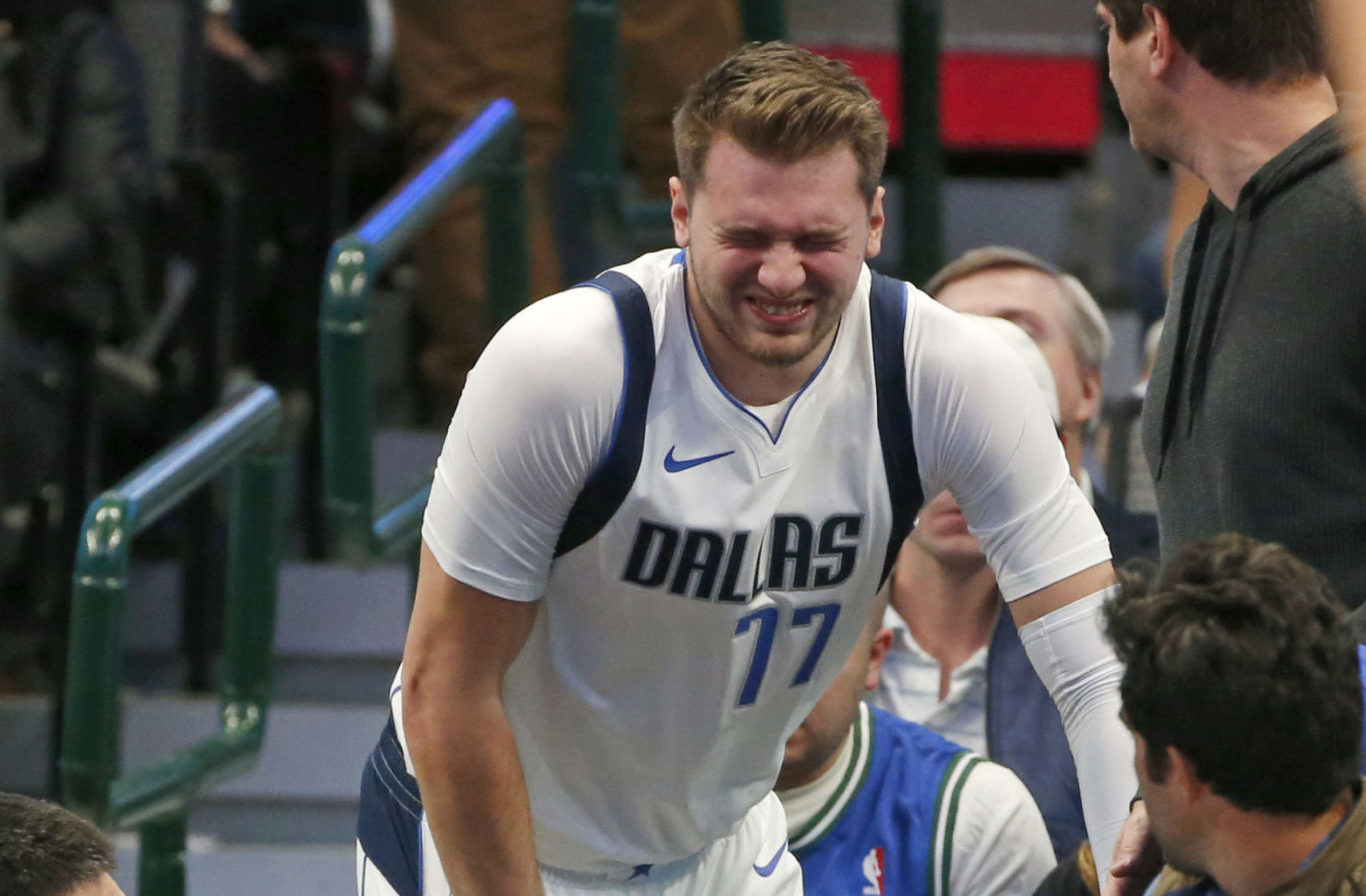 The timing couldn’t be much worse for the Dallas Mavericks to be without star guard Luka Doncic.

The reigning rookie of the year sprained his right ankle in the opening minutes of a 122-118 overtime loss to Miami, the first of five straight games for the Mavericks against the teams that entered Sunday with the five best records in the Eastern Conference.

Dallas coach Rick Carlisle said he didn’t expect Doncic to play Monday in Milwaukee against reigning MVP Giannis Antetokounmpo, although he stressed it wasn’t a medical opinion. X-rays were negative.

The rally from a 24-point deficit to a four-point lead late in the fourth quarter against the Heat was probably the most encouraging thing to happen to the resurgent Mavericks this season.

But the reality was they still lost and have games against East contenders every other day through next Sunday. Three of the remaining four are on the road.


“It’s going to be opportunities, a lot of touches for a lot of people,” said guard J.J. Barea, who played in just six of the first 24 games but figures to have more nights like his 12 points in 13 minutes against the Heat as long as Doncic is sidelined.

“Just got to be ready. With him here, with him not here, we’ve still got to start the games better.”

Doncic was coming off the latest of many eye-opening games this season. A former teenage star in Spain, the Slovenian wowed the crowd in Mexico City with a pre-game speech in flawless Spanish before scoring 41 points with 12 rebounds and 11 assists in a 122-111 win over Detroit.

Two nights later, the 20-year-old was on the ground between rows of fans behind a basket less than two minutes into the game, clutching his ankle after landing on the foot of Miami’s Kendrick Nunn on a drive.

Doncic had left the arena, presumably to get an MRI, and wasn’t available to comment after the game.

“Obviously, we lose a guy that’s a great player,” Carlisle said. “We don’t know for how long. We got to circle the wagons with the guys that we have and play like we did in the second half. Pretty simple.”

Tim Hardaway Jr. scored 18 of his 28 points in the second half, including several clutch 3-pointers. But he was shut out in overtime, getting just one shot and missing a 3.

Kristaps Porzingis, the other half of Dallas’ star European pairing along with Doncic, had 22 points and 14 rebounds. But the 7-foot-3 Latvian missed badly on two shots late in overtime to finish 7 of 21 from the field and gave up an offensive rebound in a one-point game after Jimmy Butler missed two free throws with nine seconds left in the extra period.


The Bucks will take an 18-game winning streak into Monday’s game. Dallas then plays Boston at home before trips to Philadelphia and defending NBA champion Toronto.

“Just like we did today, the second half,” Hardaway said of the mindset minus Doncic. “But we have to be like that for the whole 48. It’s not going to be easy.”