Embiid has 38 points, 13 boards as Sixers beat Celtics in Boston 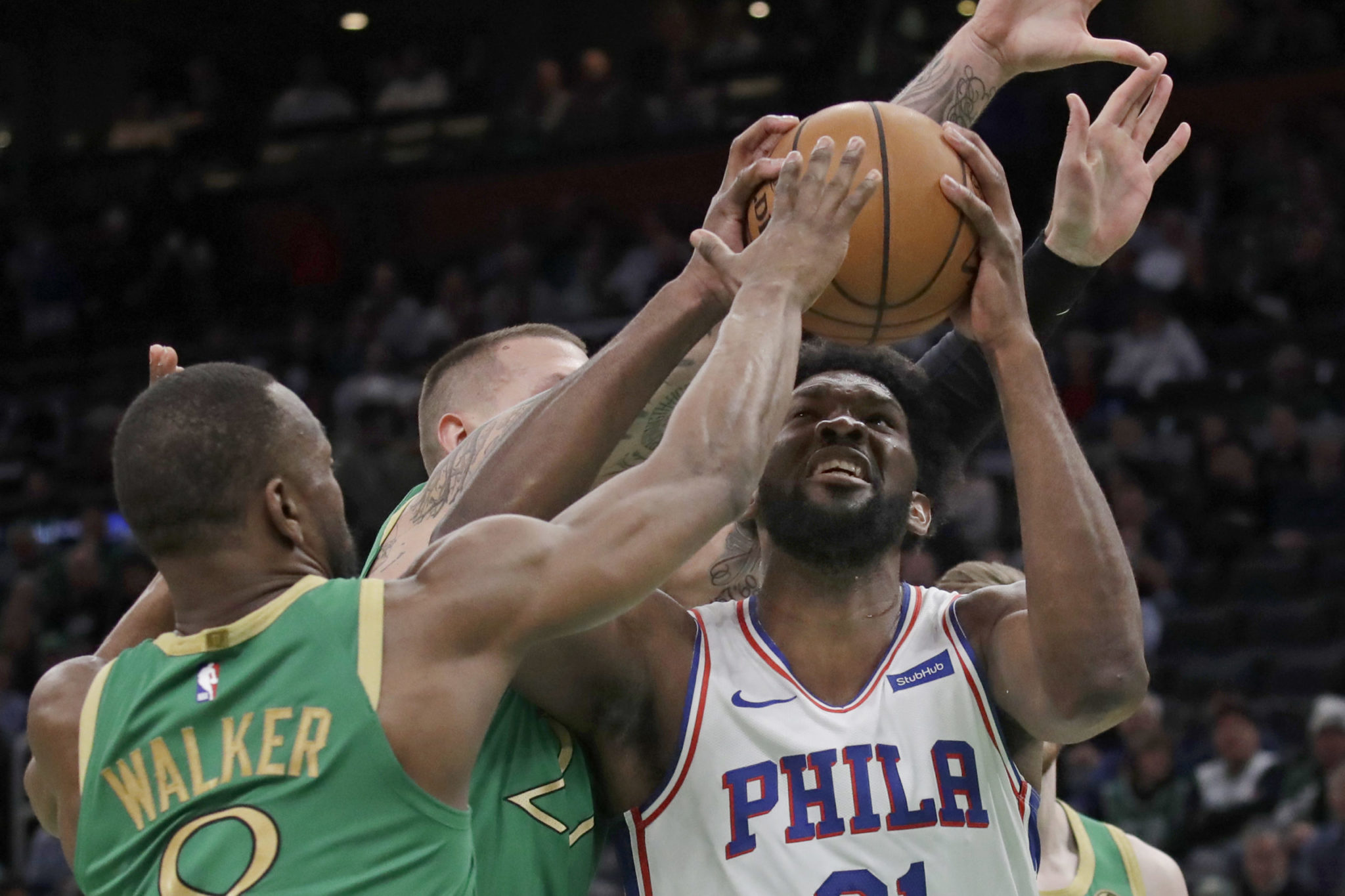 Joel Embiid responded to criticism from Shaquille O’Neal and Charles Barkley with a season-high 38 points, adding 13 rebounds on Thursday night to lead the Philadelphia 76ers to a 115-109 victory over the Boston Celtics.

Embiid scored 16 points in the fourth quarter, hitting five of six free throws in the final 26 seconds to hold off Boston’s last charge. With Philadelphia leading by four in the final 15 seconds, he blocked Daniel Theis’ shot to help clinch it.

Tobias Harris had 23 points, eight rebounds and seven assists for the Sixers, who won their fourth straight game and their eighth in nine tries.

Kemba Walker scored 29 points for Boston, which lost at home for the first time all season. Enes Kanter came off the bench with 20 points and nine rebounds, and Gordon Hayward scored 19.


Earlier in the week, Barkley said Embiid is the toughest matchup in the league, but he doesn’t take advantage of it. O’Neal said on the TNT broadcast that Embiid shouldn’t settle for 22 points a game, his current average, but should aim for more like 28 or 30.

Then he went out and showed it.

After helping the Sixers hang around for three quarters, he dragged them to a 106-97 lead with just over two minutes left. Walker hit three free throws, then Kanter scored on a tip-in and Hayward hit a fall-away jumper with to make it 106-104 with 61 seconds left.

It was 110-106 when Tatum made a rainbow 3-pointer over Embiid to make it a one-point game.

But Embiid hit his foul shots, and then gave the 76ers a stop on defense to help them pull two games ahead of rival Boston in the Eastern Conference.

Walker scored 12 points in the first quarter, when the Celtics opened an eight-point lead before Philadelphia scored eight in a row to tie it. Boston scored the last six points of the first and the first basket of the second to make it 36-28, but that lead didn’t last, either.

It was a three-point game at halftime, then back-and-forth in the third before the Sixers began to pull away in the fourth.