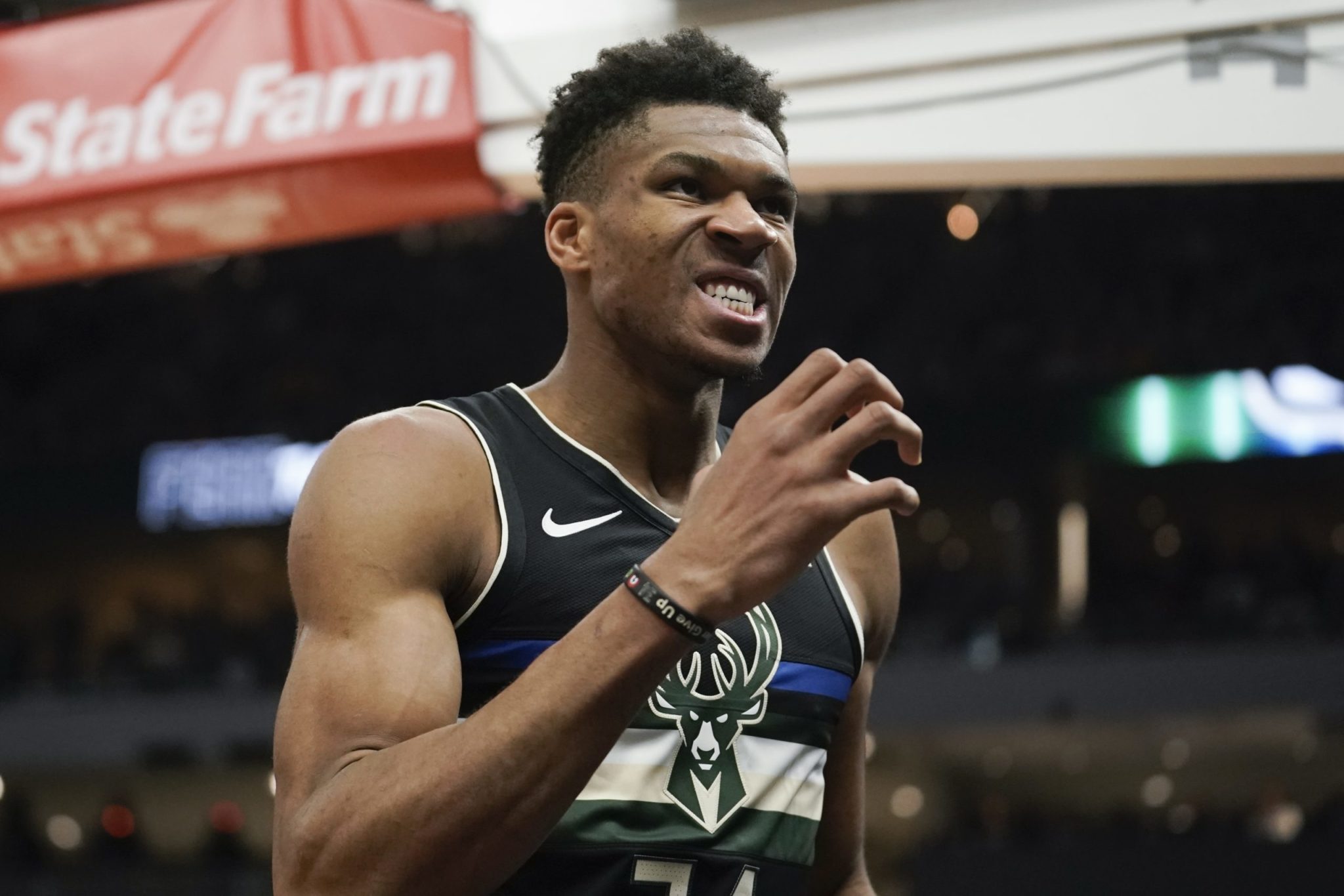 Giannis Antetokounmpo had 34 points and 11 rebounds, and the Milwaukee Bucks beat LeBron James and the Los Angeles Lakers 111-104 Thursday night in a showdown of the NBA’s top teams.

Antetokounmpo had seven assists and a career-best five 3-pointers, and George Hill added 21 points off the bench for the Bucks. Milwaukee improved to 25-4 after ending an 18-game winning streak against Dallas on Monday night.

James had 21 points, 12 rebounds and 11 assists for his seventh triple-double of the season, and Anthony Davis had 36 points and 10 rebounds for Los Angeles. The Lakers dropped to 24-5 largely because their bench was outscored 34-4 by the Bucks’ reserves.


Milwaukee led by six after the first quarter then opened the second with a 20-7 run. Davis and James combined to shoot 6 for 20 in the first half, and the Lakers had 10 turnovers. The Bucks led 65-46 at the break.

The Bucks improved to 3-0 against the two teams from Los Angeles, including a dominant 119-91 win over the Clippers at home on Dec. 6.

Lakers: Kyle Kuzma remained out with a sore ankle. Coach Frank Vogel said he’s hopeful the third-year forward will be able to practice fully Saturday and be available to play Sunday.

Bucks: Milwaukee played its third game without guard Eric Bledsoe. The 2018-19 all-defensive first-team performer fractured his right leg against the Memphis Grizzles on Friday. Bledsoe is expected to miss about 2 weeks.

Lakers: Host the Nuggets on Sunday.

Bucks: At the Knicks on Saturday.

Keith Jenkins is a reporter for The Associated Press.