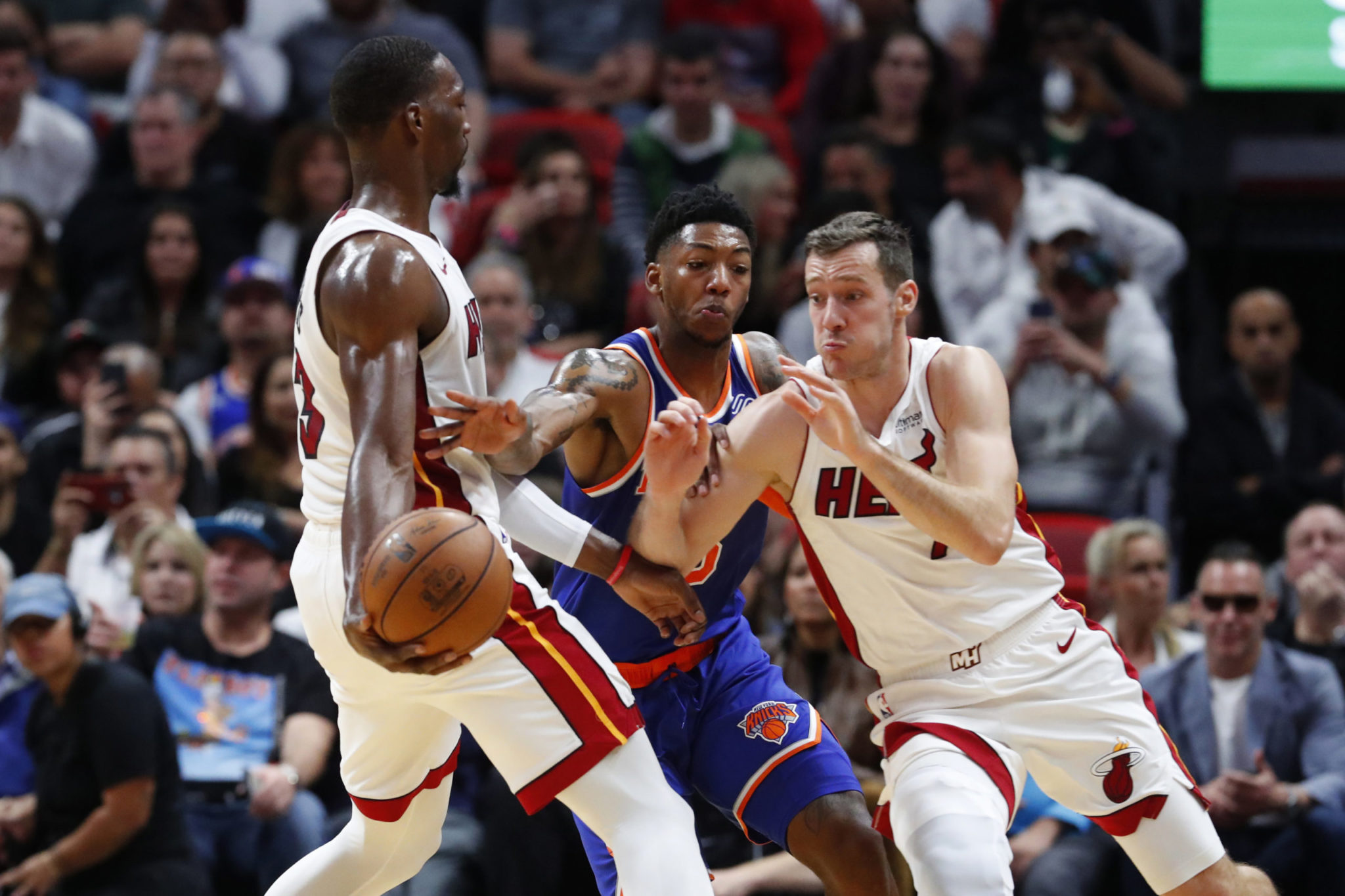 Bam Adebayo scored 20 points, Miami’s starters got the fourth quarter off and the Heat had no trouble on the way to beating the New York Knicks 129-114 on Friday night.

Duncan Robinson scored 18 for Miami on 6-for-10 shooting from 3-point range. Goran Dragic — back after missing nine games with a groin strain — also had 18.

Kendrick Nunn scored 15, Derrick Jones Jr. had 14, Tyler Herro finished with 12 and Kelly Olynyk added 10 for the Heat. Miami led by as many by 34 and posted its sixth wire-to-wire win of the season.

The Heat won easily and Jimmy Butler was called upon to take only three shots. Butler finished with nine points and eight assists in 28 minutes — his third-lightest night of the season, and after a stretch where he averaged nearly 40 minutes in Miami’s last nine games.

It was the first meeting between the clubs since the Knicks fired coach David Fizdale and replaced him with interim coach Mike Miller. Fizdale is a former Heat assistant and a close friend of Heat coach Erik Spoelstra, who still is disappointed about New York’s decision.

“They hired him to do a job,” Spoelstra said. “It takes time to build culture and build something, which we’ve done as well. It takes time. It takes a great deal of stability from the people you work for, which I’m so grateful we have here. I just think it stinks.”

Knicks assistant coach Kaleb Canales once sought a video internship with the Heat — so he sent weekly letters to Spoelstra, a former Miami video-room guy himself, looking for help and advice. The Heat brought Canales in for an interview, but ultimately hired current Heat assistant Dan Craig instead. Spoelstra and Canales stayed in touch, and Canales eventually got an NBA job. “He’s relentless and he’s been a friend,” Spoelstra said.

The Heat led 39-20 after one quarter and 70-47 at the half. Out of the 152 Heat-Knicks games all-time, including playoffs, those margins — 19 points after one quarter, 23 at the break — tied for the second-biggest leads Miami ever had over New York at that point in a game.