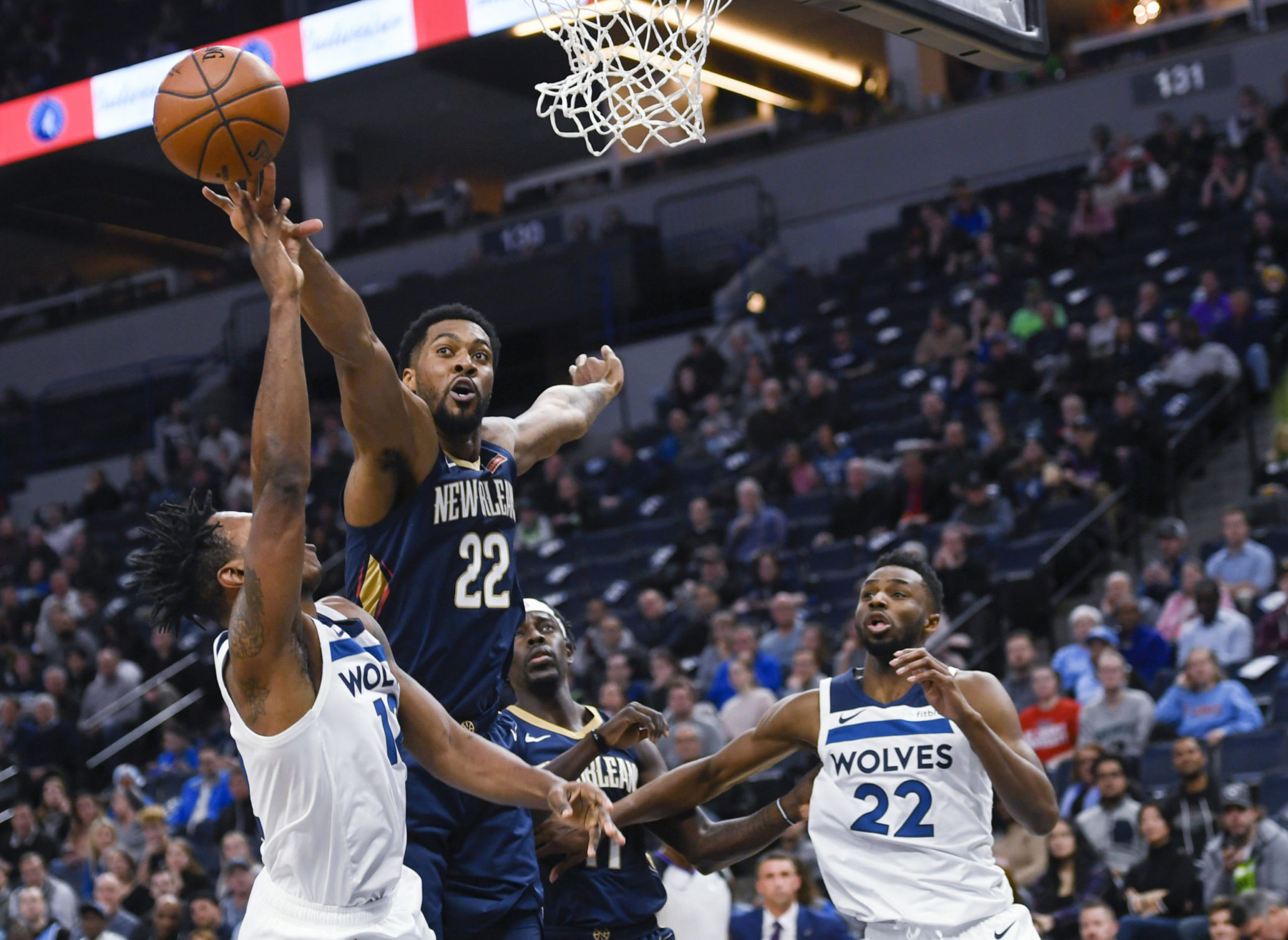 Brandon Ingram scored 34 points and the New Orleans Pelicans snapped their 13-game losing streak with a 107-99 win against the short-handed Minnesota Timberwolves on Wednesday night.

Jrue Holiday had 18 points and Lonzo Ball added 10 points, six rebounds and six assists off the bench for New Orleans, which was coming off a 108-101 overtime loss at home to Brooklyn a night earlier.

Playing without leading scorer and rebounder Karl-Anthony Towns, Minnesota lost its seventh straight game after shooting 38% from the field. Andrew Wiggins led the Timberwolves with 27 points.

While the Pelicans traveled, Minnesota was rested. The Wolves last played on Friday, a loss at home to the Los Angeles Clippers, and used the time off to practice three times.


Without Towns though, Minnesota continued to struggle despite altering its starting lineup.

The Wolves led 7-0 early before Ingram started to carry New Orleans. Ingram made seven of his first 10 shots and scored 18 of New Orleans’ first 30 points.

The Pelicans took control by finishing the second quarter on an 18-8 run with Ingram scoring seven during the stretch. Minnesota closed within eight in the fourth but got no closer.

Ingram continues his rise in his first season with New Orleans. With rookie Zion Williamson missing the entire season so far after knee surgery, Ingram has been the primary offensive option.

In three seasons with the Los Angeles Lakers, Ingram averaged 13.9 points, 2.0 assists and 4.7 rebounds per game. Entering play Wednesday, he led the Pelicans with 24.9 points per game while chipping in 3.6 assists and 7.1 rebounds.

Towns was held out because of a left knee sprain and coach Ryan Saunders called Towns day-to-day with the injury. It’s the first game this season Towns has missed due to injury. He sat out two games after being suspended for an altercation with Philadelphia’s Joel Embiid.

Towns had 39 points and 12 rebounds in the previous game. In the fourth quarter, he went down hard after a missed dunk while being guarded by Montrezl Harrell.

Pelicans: The 18 points in the first quarter and 25 in the first half were career highs for Ingram in a quarter and half. … Holiday made three 3-pointers and became the Pelicans’ career leader with 556, surpassing Peja Stojakovic. … E’Twaun Moore played 18 minutes and scored seven points in his first action since Dec. 3.

Timberwolves: Minnesota was also without starter Jarrett Culver because of flu-like symptoms. Robert Covington came off the bench for the first time this season and scored 15 points. Gorgui Dieng started for Towns and had 13 points and eight rebounds. Jeff Teague and Treveon Graham also started in place of Culver and Covington.

Pelicans: Continue their road trip at Golden State on Friday.

Timberwolves: Travel to Denver to play on Friday.