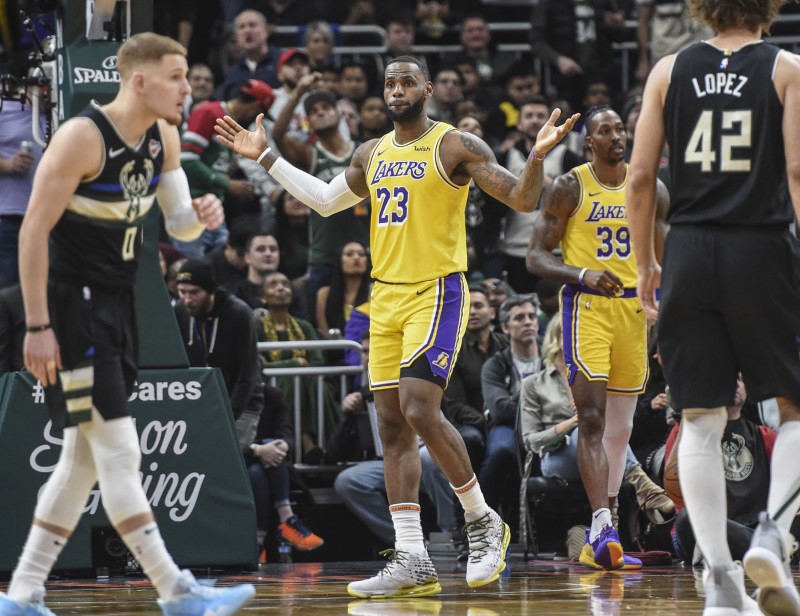 Los Angeles Lakers star LeBron James is doubtful for Sunday’s game against the Denver Nuggets due to a thoracic muscle strain in his back.

Lakers coach Frank Vogel told reporters that James suffered the injury during Tuesday’s loss against the Indiana Pacers and played with the ailment during Thursday’s setback against the Milwaukee Bucks.

If James sits out on Sunday, it will be his first missed game of the season. He is averaging 25.8 points, 10.6 assists and 7.5 rebounds.

Also, forward Kyle Kuzma (ankle) practiced on Saturday and is probable to play against the Nuggets. Kuzma has missed the past five games.