Jackson, Crowder lead Grizzlies to a 119-115 win over Kings 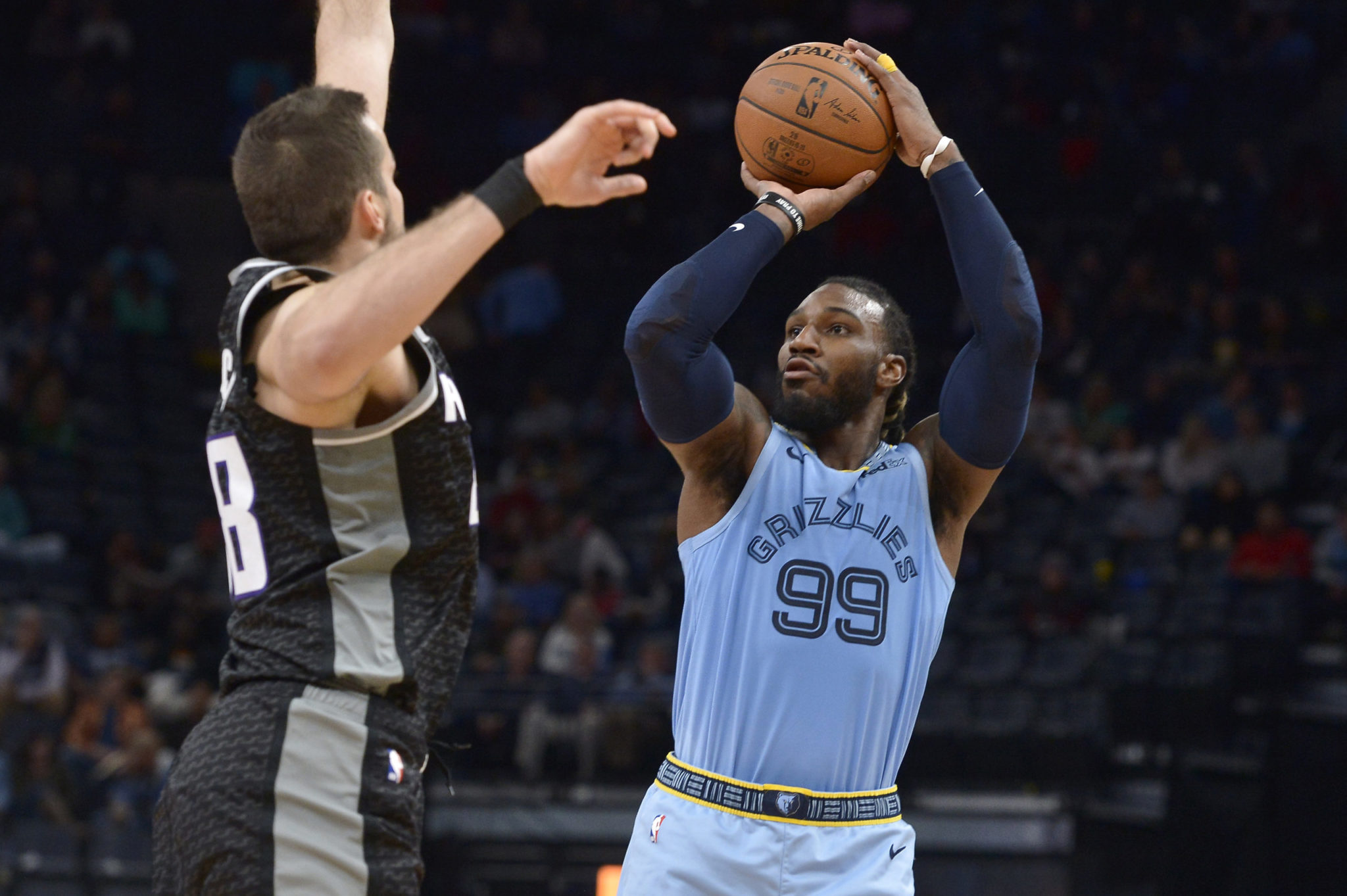 Seven Grizzlies reached double figures in points, including 16 from Dillon Brooks. Grayson Allen and Ja Morant had 13 each as Memphis snapped a two-game losing streak.

Barnes led a rally in the third quarter that dented Memphis’ lead that had reached 16 in the first half. Barnes hit his first four shots in the opening seven minutes of the third and totaled 13 points in the period. Crowder kept Memphis ahead with 11 points in the quarter.


After Barnes pulled Sacramento within 75-72, the Grizzlies closed the quarter with a 16-6 run to lead 91-78 entering the fourth.

Unlike the previous two game that Memphis lost on the road by squandering leads, the Grizzlies maintained the advantage through the fourth quarter, although it was tight at the end. A 3-pointer by Trevor Ariza got the Kings within 118-115 with 4.6 seconds left.

Memphis shot almost 48% in the first half as Allen came off the bench for 11 points. That helped the Grizzlies hold a 60-50 lead at the break.

Kings: G Bogdan Bogdanovic missed his second straight game because of right ankle soreness. … Fox was back in the starting lineup after coming off the bench the past two games. He had missed 17 games before that with a left ankle sprain. … Marvin Bagley III had 11 points and 11 rebounds. … G Buddy Hield, who was 3 of 15 from the floor and 1 of 9 from 3-point range in Friday’s loss at Indiana, was 3 of 18 and 2 of 11 from outside the arc against Memphis.

Grizzlies: C Jonas Valanciunas was out with right foot soreness. Solomon Hill started his second game of the season in Valanciunas’ absence. … Had 15 3-pointers, marking a franchise-best nine straight games where Memphis has made at least 10 3-pointers. … Morant, who matched his season-low with eight points at Cleveland on Friday night, was 4 of 13 from the floor.

Clay Bailey writes about sports for The Associated Press.