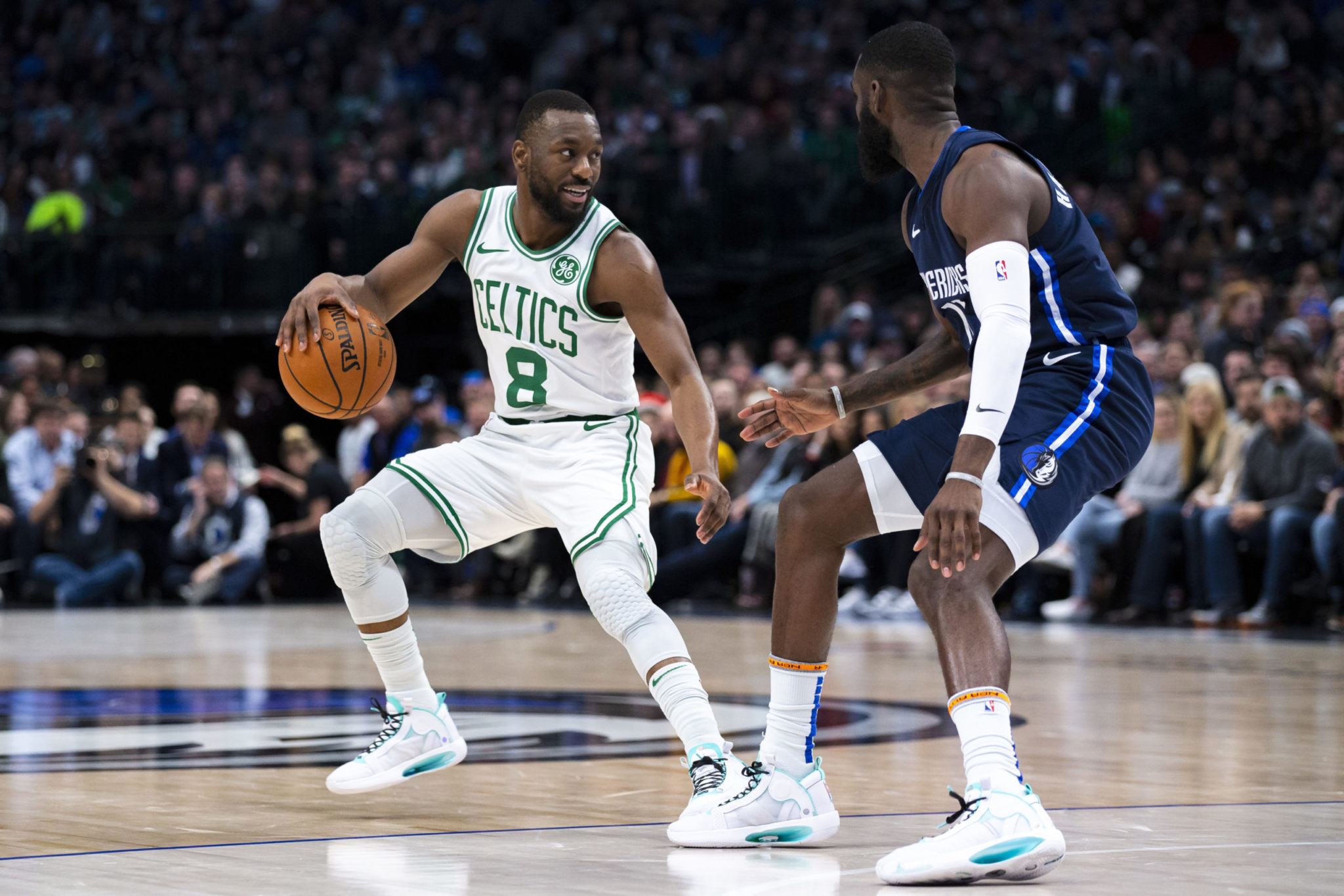 The Boston Celtics turned to a new Big Three to earn a key road win.

Kemba Walker scored 32 points and combined with teammates Jaylen Brown and Jayson Tatum for 82 as the Celtics defeated the Dallas Mavericks 109-103 on Wednesday night.

Brown had 26 points and Tatum added 24 to help Boston prevail on a night when both teams were missing key players and struggled to shoot 40% from the field. The trio combined for 27 of the Celtics’ 33 points in the final quarter when Boston pulled away from a Mavericks team missing star guard Luka Doncic.

Boston had injuries of its own, playing without Gordon Hayward (left foot soreness) and Marcus Smart (left eye infection). No other Celtics player scored more than seven points.


“The three guys we were going to play through were very clear tonight,” coach Brad Stevens said. “Those guys all had good scoring nights, thankfully.”

Doncic sat out his second straight game with a right ankle sprain, and his absence was felt more than in Dallas’ win Monday over Milwaukee. The Mavs scored a season-low 18 points in the third quarter and finished 15 points below their season average despite hitting a flurry of 3-pointers in the final minutes.

Kristaps Porzingis led Dallas with 23 points and 13 rebounds but fouled out in the last minute. Seth Curry added 20 points.

Jalen Brunson started at point guard in place of Doncic and tied his career high with 11 assists, but struggled with 4-for-13 shooting and had two crucial turnovers in the fourth quarter.

After falling behind early in each of the first three quarters before rallying, Boston jumped out front in the fourth with Brown hitting a 20-footer and Tatum a 3 to build an 83-78 lead. Tatum converted a three-point play with 6:38 to go to give the Celtics an 88-80 edge. After two Dallas free throws, Walker hit a 3 and then made four free throws in a row to extend the lead to double digits.

Dallas hit five 3s in the final 3:34 to trim the deficit.

Dallas is 18-9 but only 8-7 at home and has lost four of its last six at American Airlines Center, despite announcing its 800th consecutive sellout, including playoffs.

“Sometimes we start a little bit slow and we have to fight our way back,” Porzingis said. “Tonight we didn’t come out with the same aggression or the same intensity that we did in Milwaukee.”

Walker did nearly all his damage in the first and fourth quarters, with 16 and 13 points, respectively.

In between, Dallas largely used top defender Dorian Finney-Smith to check Walker, which opened up opportunities for Tatum and Brown.

“Those guys just make it easy for me,” Walker said. “Whenever I’m missing, they always come up to me and keep me confident. That’s especially important for me, being the new guy.”

Mavericks: At the Philadelphia 76ers on Friday.

Dave Jackson writes about sports for The Associated Press.