Kennard and Rose help Pistons down Rockets in Houston 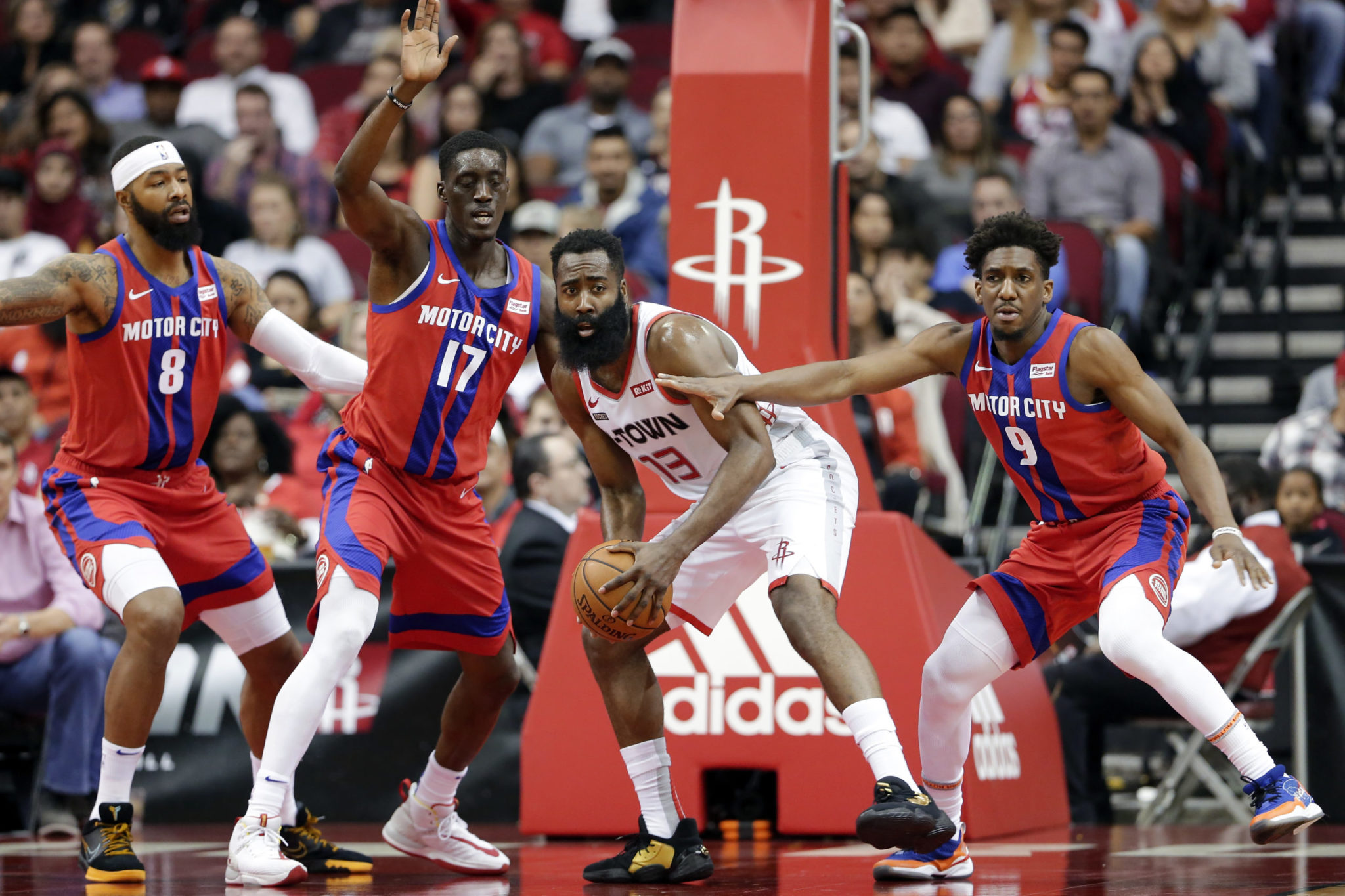 The Pistons didn’t trail in the last two quarters and were up by double figures for most of the second half.

James Harden led the Rockets with 39 points after two straight 50-point games, but it wasn’t enough to keep Houston’s winning streak going on a night Russell Westbrook sat out to rest. Harden played 38 1/2 minutes, but was taken out with 1:23 left and didn’t return.


Rose had 12 assists, Bruce Brown had 16 points and 10 rebounds and Markieff Morris added 15 points as the Pistons won for the third time in four games.

The Rockets used a 5-0 run to cut the lead to 8 with two minutes left. But Detroit got baskets from Rose and Kennard after that to push the lead to 110-98 with about 90 seconds to go.

The Pistons led by 10 at halftime and opened the second half with a 7-2 run to push the lead to 69-54 with about eight minutes left in the third.

Detroit was still up by 15 later in the third quarter before the Rockets made the next eight points, with six from Harden, to cut it to 80-73 with three minutes left in the quarter.


But the Pistons scored the next six points, with a 3 from Morris, to push the lead to 86-73 with about a minute left in the third.

Pistons: F Blake Griffin didn’t return after halftime because of a sore left knee. … Christian Wood had 11 points and 13 rebounds.

Rockets: C Tyson Chandler missed his fifth straight game with flu-like symptoms. … Harden received a technical foul in the first quarter for chirping at the officials after not getting a foul call on a 3-point attempt. … Saturday snapped a streak of a franchise-record 10 straight games where the Rockets scored at least 115 points.