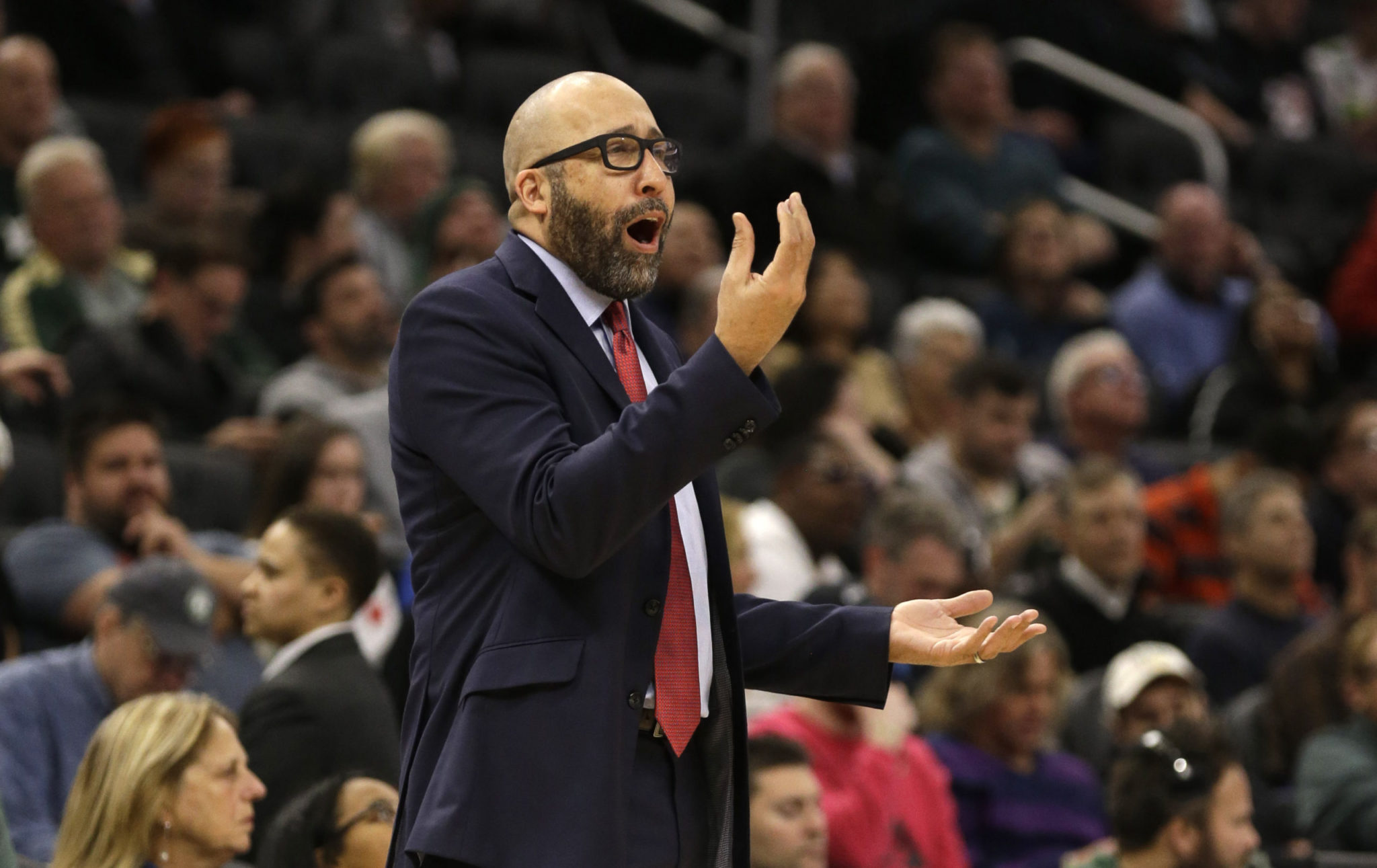 David Fizdale was the latest coach tasked with trying to turn around the New York Knicks.

He was given barely 100 games before the longtime losers decided it was time to try someone else.

Fizdale ran practice earlier in the day, but was then fired along with assistant Keith Smart. The Knicks made no comment on the decision to release Fizdale after he went 21-83, a .202 winning percentage.

The Knicks went 17-65 in 2018-19 to match the worst record in franchise history and they are on pace to be even worse this season. New York missed out on the top stars that were available in free agency and the players they did get haven’t meshed nearly well enough.

Still, team executives expected better results, saying so with an unusual press conference to express their disappointment after a loss to Cleveland on Nov. 10 dropped them to 2-8.

Team President Steve Mills and general manager Scott Perry said then they remained confident in Fizdale. But things didn’t get better from there, especially once the schedule turned tougher this month.

And it led to the second straight quick exit for Fizdale as a head coach. The former Miami assistant led Memphis to the playoffs in his first season, but was fired after the Grizzlies got off to a 7-12 start in 2017-18 and he clashed with center Marc Gasol.

Heat coach Erik Spoelstra worked with Fizdale in Miami, and the two were texting Thursday about the birth of Spoelstra’s second child this week — with no mention of job security.

A day later, they texted again with Spoelstra upset about the fate of both Fizdale and Smart. Like Fizdale, Smart also is a former Heat assistant.


“It’s disappointing. I’m bummed about it,” Spoelstra said. “Fiz, obviously, is somebody very dear to me. I just think he’s an extremely talented coach. Things just take time in this league and it’s really unfortunate that he wasn’t given the time to really do some work. There’s a lot of rolling up your sleeves that has to be done there and you have to build a foundation and build a culture and standards. That’s tough to do when you don’t have time.”

New York will turn to its 13th coach since Jeff Van Gundy resigned in the 2001-02 season. The Knicks have been one of the worst franchises in sports since, with just a single playoff series victory and a current stretch of six straight losing seasons.

They believed a turnaround could begin last summer, when they had enough money to sign two superstars after trading All-Star Kristaps Porzingis to Dallas last summer.

But Kevin Durant and Kyrie Irving agreed to join Brooklyn in the opening hours of free agency and the Knicks had to move on to players that included Julius Randle, Bobby Portis, Taj Gibson and Marcus Morris — who largely play the same position.

The Knicks host Indiana on Saturday, then begin a four-game trip Tuesday night in Portland.

Fizdale replaced Jeff Hornacek after Hornacek had also lasted only two seasons. Perry and Mills interviewed 11 candidates before choosing Fizdale, who also was in the running for other jobs.

But the Knicks struggled early last season while Porzingis was recovering from a torn ACL, then appeared to be more interested in angling for lottery position than trying to win games after dealing him before he returned. New York ended up with the third pick and RJ Barrett, who has been one of the few bright spots thus far.

But injuries and inconsistency have left Fizdale without an obvious answer as the starting point guard, and the Knicks have managed a league-low 100.5 points per game – three worse than any other team.

Miller joined the New York’s staff this season after four years in charge of the Westchester Knicks. He led the NBA G League franchise to a 108-92 (.540) record and was the league’s coach of the year in 2017-18.