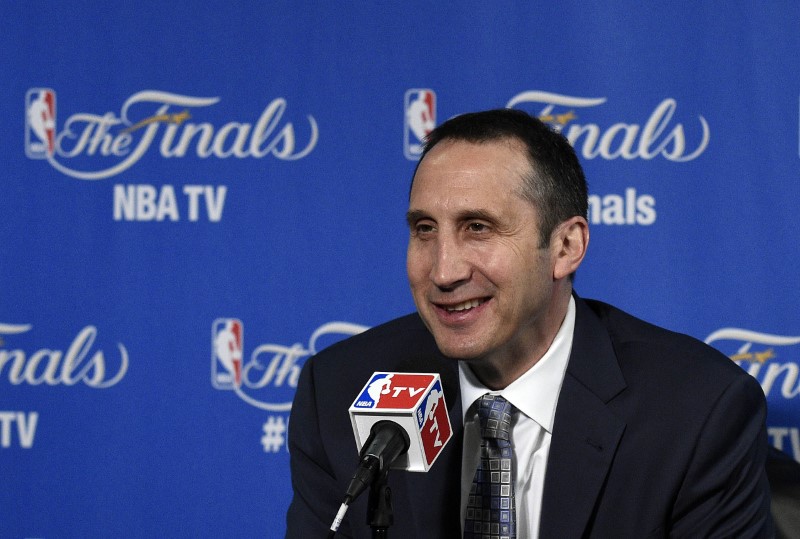 David Blatt, who led the Cleveland Cavaliers to the NBA Finals, joined the New York Knicks on Wednesday as a basketball operations consultant.

In a team-issued news release, Blatt made it clear that he will not pursue the team’s head coaching job. Interim coach Mike Miller has filled the role since the firing of David Fizdale on Dec. 6.

“I look forward to the next step in my career as I officially retire from coaching and pursue other opportunities in basketball,” Blatt said. “I’ve long been intrigued by working in a front office and thank Steve (Mills) and Scott (Perry) for the opportunity to be a resource to the basketball operations staff.”


Blatt, 60, coached the Cavaliers to the finals in 2014-15 season, his first in Cleveland. Despite a 30-11 record the following season, he was fired and replaced by Tryonn Lue. Blatt’s record in Cleveland was 83-40.

A coach in the EuroLeague before joining the Cavs, Blatt returned to Europe after his firing. But in October, he resigned his position with Greek club Olympiacos, two months after he announced he had multiple sclerosis.

In the Knicks’ news release, team president Mills and general manager Perry said Blatt would be “a great asset” to the Knicks, assisting in the front office, with the G League team and international scouting.