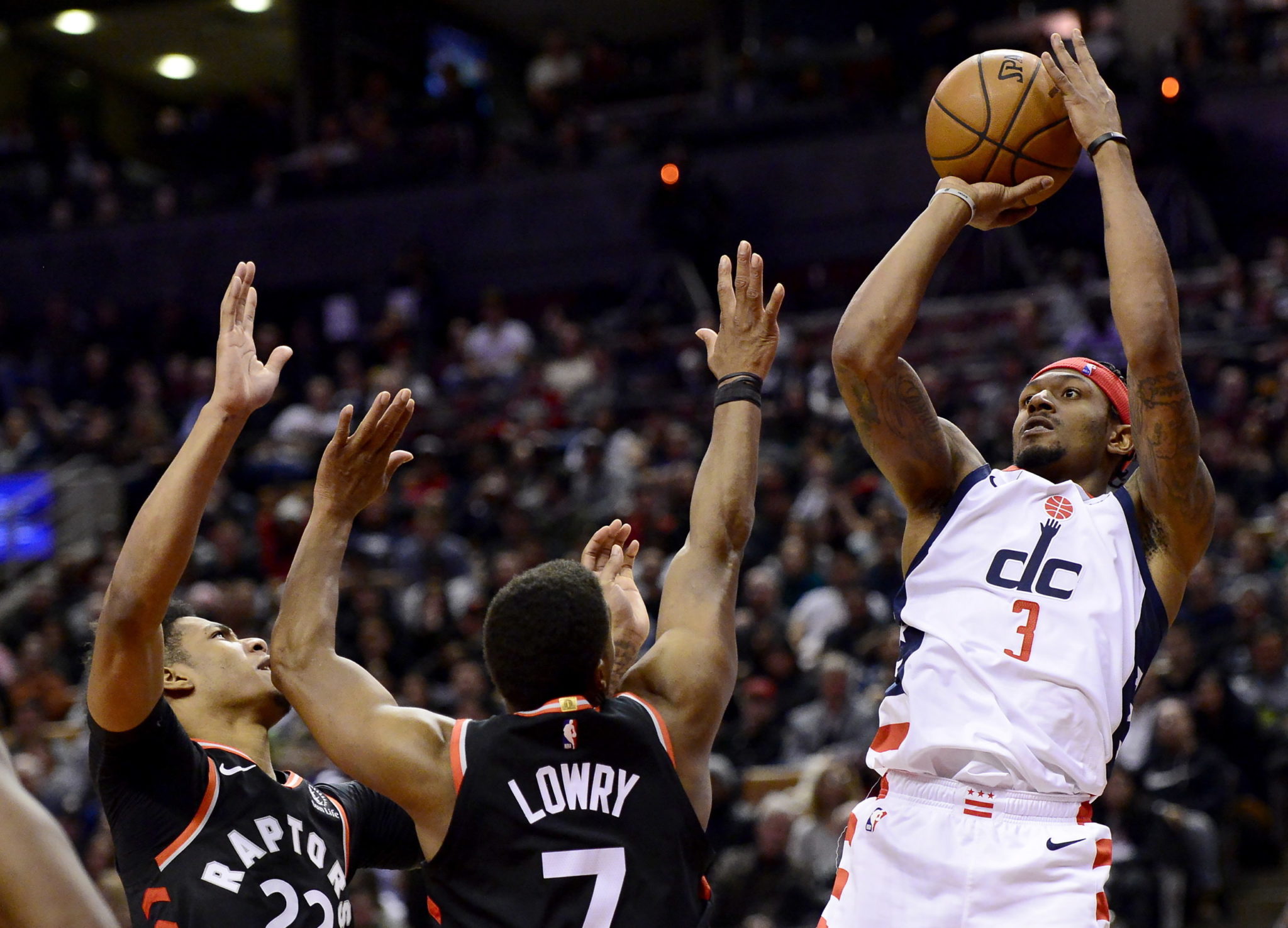 Kyle Lowry scored 26 points, Serge Ibaka had 23 points and 10 rebounds, and the Toronto Raptors overcame the absence of three injured starters to beat the struggling Washington Wizards 122-118 on Friday night.

Fred VanVleet returned from a five-game absence with 16 points, nine rebounds and eight assists, and OG Anunoby scored 18 as Toronto won its sixth straight over the Wizards.

Bradley Beal scored 37 points, Ish Smith had 26 and Isaiah Thomas scored 12 as the Wizards lost for the eighth time in 10 December games.

Smith made all nine of his field-goal attempts, including four from 3-point range. He also shot 4 for 4 at the free throw line.


Beal shot 3 for 10 from 3-point range while teammate Davis Bertans went 2 for 12 from long range. Bertans finished with 10 points.

Siakam and Gasol were the only two players to start each of Toronto’s first 27 games. Powell had started 16 of the past 19, including 11 in place of Lowry while the five-time All-Star was recovering from an injured left thumb.

VanVleet had missed Toronto’s past five games because of a right knee contusion. Ibaka and Patrick McCaw made their first starts of the season.

Toronto led 96-85 to begin the final quarter, but Beal and Admiral Schofield made back-to-back 3-pointers to cut the deficit to two points, and Smith’s 3-pointer with 5:21 to go tied it at 107-107.


Beal and Troy Brown Jr. each made baskets in the final 21 seconds to cut the deficit to two points, but VanVleet made four free throws down the stretch to preserve the win.

Lowry scored 12 points and the Raptors made 6 of 9 from 3-point range in the opening quarter to lead 40-23 after one, their highest-scoring first quarter of the season. Toronto shot 13 for 21 in the first, while Washington went 7 for 24, missing 14 of its first 18 attempts.

Ibaka scored eight points in the second and VanVleet had seven. The Raptors led 68-52 at the half.

Beal scored 15 points in the third, making six of eight attempts, but the Wizards trailed by 11 heading to the fourth.

Raptors: Lowry led Toronto with nine assists. … Anunoby has missed just one start for Toronto this season, sitting out a Nov. 13 game at Portland after being poked in the eye in the previous game, a road loss to the Clippers. … McCaw scored a season-high 11 points.