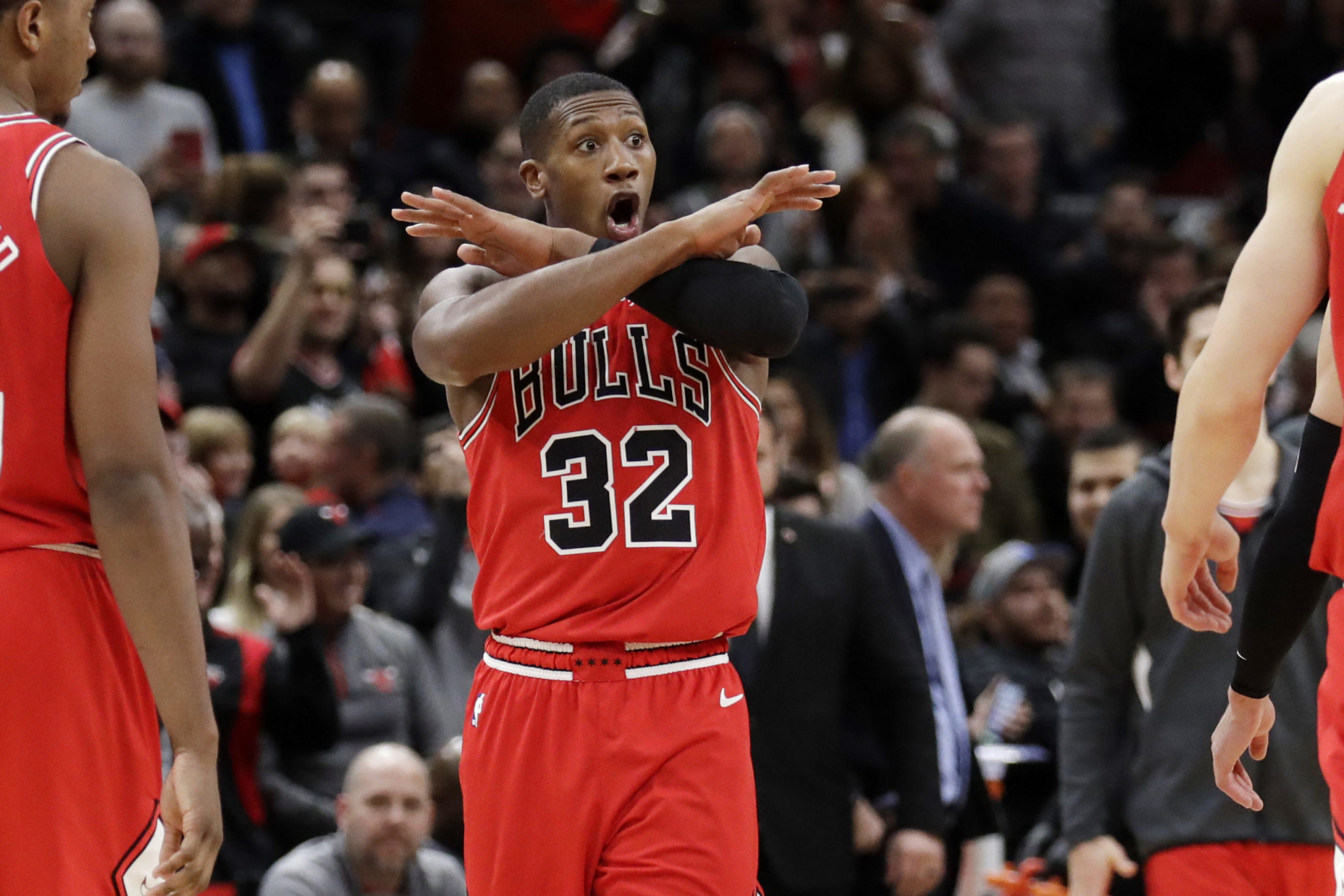 Zach LaVine scored 31 points and converted a decisive three-point play in the Chicago Bulls’ 109-106 victory over the short-handed and weary Los Angeles Clippers on Saturday night.

Chicago trailed by five points with less than two minutes to go. Tied at 106, the Bulls inbounded with 5.4 seconds left. LaVine got the ball near the 3-point line, drove to his right and was fouled by Montrezl Harrell as he scored with 2 seconds left.

Paul George then missed a 3-pointer at the buzzer.

Lauri Markkanen had 13 points and 17 rebounds, Thaddeus Young scored 17 points, and Denzel Valentine had 16 for the Bulls.

Harrell had 30 points and George had 27 for Los Angeles. The Clippers had won four in a row.


Besides playing for the third time in four days at the end of a six-game trip, the Clippers were without Kawhi Leonard (injury management, left knee soreness), Lou Williams (right calf), Patrick Beverly (concussion) and JaMychal Green (tailbone contusion).

This was the eighth game Leonard has missed. He scored 42 points Friday night at Minnesota.

Los Angeles led by 15 points midway through the second quarter before Chicago closed the first half with a 19-6 run to pull to 57-55.

The Bulls continued the surge early in the third, scoring 17 straight points for a 75-61 lead. The 75 points were two more than Chicago scored Friday night in an 83-73 home loss to Charlotte.

The Clippers answered with a 12-1 run to trim the deficit to 76-73 and pulled to 81-79 in the final minute of the third on a three-point play by Harrell. LaVine then hit a 3-pointer to give Chicago an 84-79 lead entering the fourth.

Los Angeles jumped back on top, 95-93, on a layup by Landry Shamet with 5 1/2 minutes left. LaVine answered with a 3-pointer to give Chicago a 96-95 edge. LaVine was fouled on the shot by Jerome Robinson, but missed the free throw.


A couple of minutes later, George hit a pair of free throws to break a tie at 98 and Shamet hit a 3-pointer for a 103-98 Clippers lead with 2½ minutes remaining. LaVine and Valentine hit 3-pointers on back-to-back possessions — sandwiched around one of two free throws by George — for a tie at 106 with 47.9 seconds left.

Clippers: G Shamet returned after missing a month (17 games) with a high right ankle sprain. He finished with 11 points in 21 minutes.

Bulls: F Chandler Hutchison (right shoulder sprain) missed his ninth straight game. He hasn’t been cleared for contact and there is no timetable for his return. “He shot earlier today, he got some three balls up, so that was encouraging,” coach Jim Boylen said.

The start of Friday night’s game at Minnesota was pushed back nearly two hours to accommodate national TV, so the Clippers had less recovery time than a typical back-to-back.

“Our league has been great, but today’s game, in my opinion, should not be played or happen,” coach Doc Rivers said. “When you play basically an 8:45 p.m. game and then have to fly and get to your hotel at 3:45 and go to bed at 5, you probably shouldn’t be playing basketball the next day — especially if they’re talking about our health.”