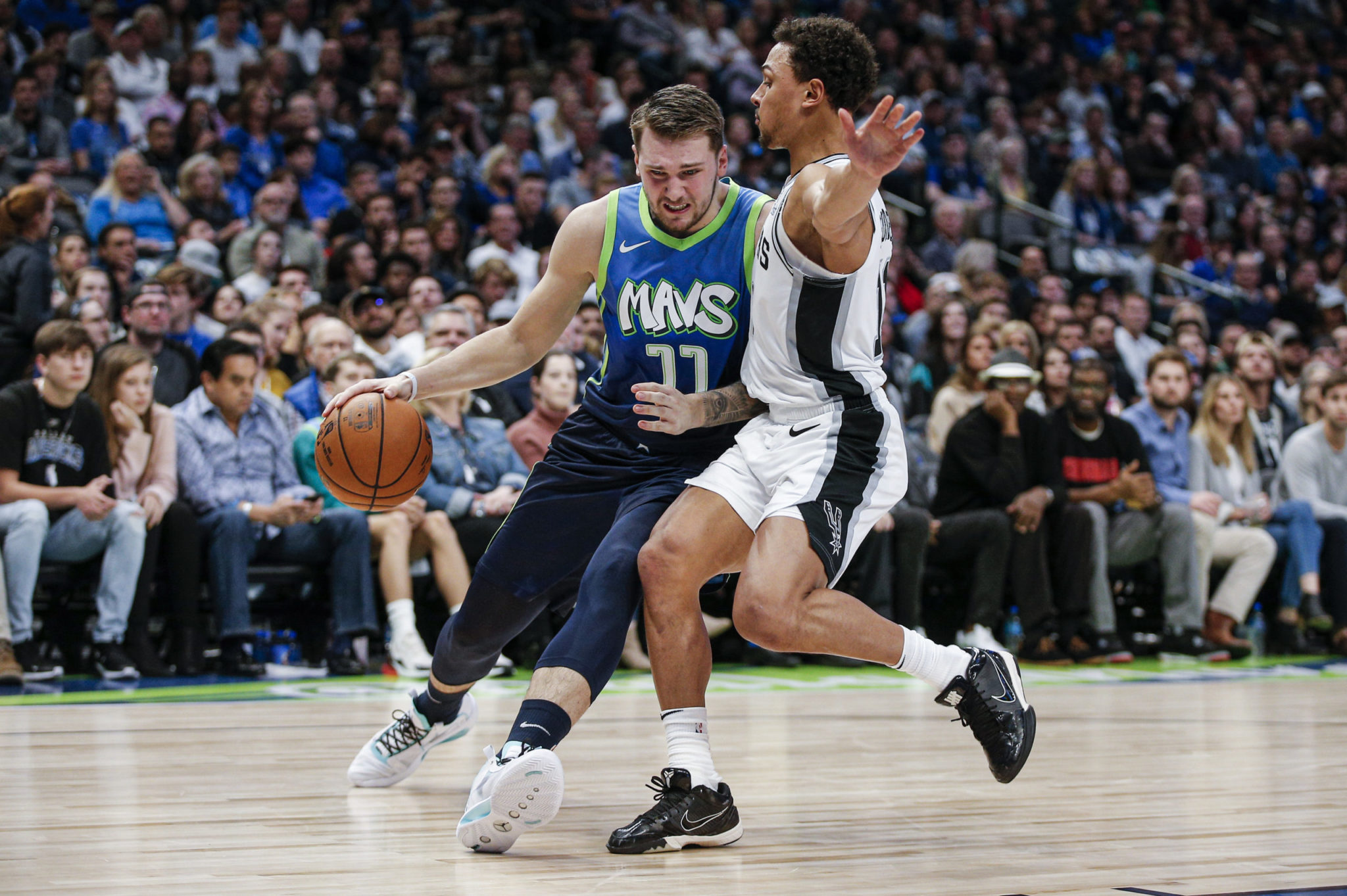 Luka Doncic returned to the Dallas lineup after missing four games to injury and scored 24 points to help the Mavericks beat the San Antonio Spurs 102-98 on Thursday night.

Doncic finished with 10 rebounds and eight assists and barely missed adding to his NBA-leading total of eight triple doubles. He last had played on Dec. 14 against Miami, when he sprained his right ankle.

San Antonio rallied from a 102-85 deficit by scoring the game’s final 13 points. After Doncic missed two free throws, the Spurs’ Derrick White missed a 3-point attempt with six seconds left and Doncic got the rebound.

The Mavericks (20-10) pulled within half a game of idle first-place Houston in the Southwest Division.


Tim Hardaway Jr. scored 17 points, Kristaps Porzingis and Dorian Finney-Smith had 13 each, and Delon Wright added 12 off the bench. Dwight Powell’s 11 points all came in the first half.

DeMar DeRozan led San Antonio with 21 points, 16 in the second half. Rudy Gay scored 18, LaMarcus Aldridge had 17 and White finished with 10.

Dallas scored the first eight points, with 3-point shots by Finney-Smith and Hardaway bracketing Doncic’s first basket 1:23 into the game from short range.

The Spurs took their first lead at 21-20 on a layup by Patty Mills. That was part of an 8-0 run that gave San Antonio a 24-20 lead after the first quarter.

Doncic was the high scorer in the first with 10 points.

Dallas broke away from a 47-47 tie with the last five points in the second quarter for a 52-47 halftime lead. Doncic scored only three points in the second, but he assisted on five of the Mavericks’ last six field goals in the quarter – and scored the other one with a 3-pointer.


The Mavericks led by as many as 13 points in the third quarter when Hardaway hit a 3-pointer to make the score 79-66. San Antonio scored the last eight points, including two 3-pointers by Gay, to go into the fourth quarter down just 79-74.

Spurs: They made only one of six 3-point attempts (17 percent) in the first quarter. On a positive note, San Antonio held Dallas to 2 for 10 (20 percent) during that time. The second was even worse for the Spurs (1 for 8, 13 percent) … C Jakob Poeltl entered the game as a 58 percent free-throw shooter but missed all four of his attempts in the third quarter.

Mavericks: G Seth Curry surprised Doncic and electrified the crowd with a behind-the-back bounce pass to Doncic for a dunk with 1:32 left in the first quarter. … Another crowd-pleasing play came in the third quarter, when Finney-Smith ran down the lane, grabbed a rebound in his right hand at the apex of his leap and slammed the ball through the net. … Dallas made only 8 of 25 field goal attempts (32 percent) in the first.

Spurs: Play Detroit on Saturday night in the first of a three-game homestand.