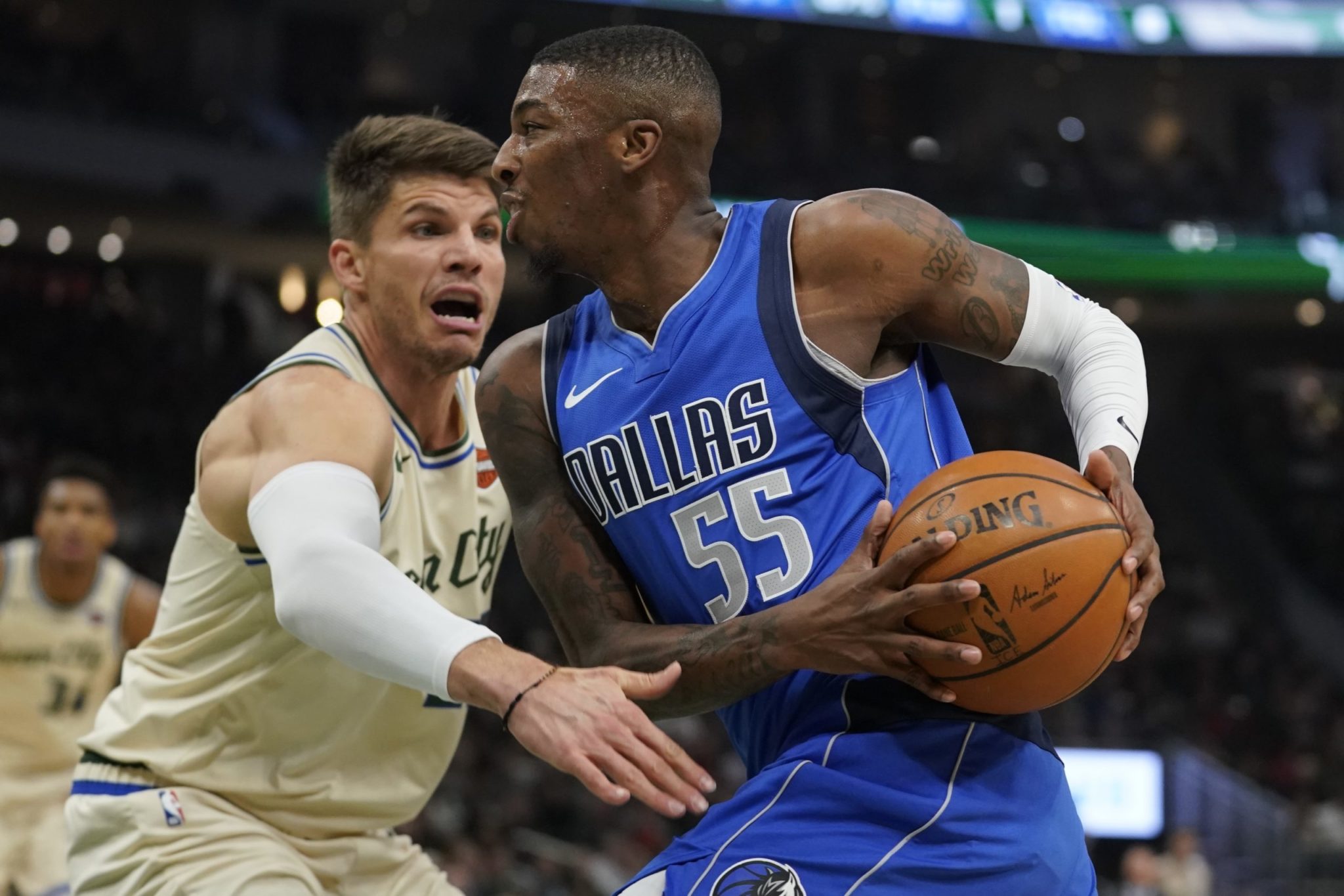 The Milwaukee Bucks’ 18-game winning streak ended Monday night when Seth Curry and Kristaps Porzingis each scored 26 points to help the Dallas Mavericks hang on for a 120-116 victory even without star guard Luka Dončić.

Giannis Antetokounmpo led the Bucks with 48 points and 14 rebounds, but got little support as Milwaukee lost for the first time since a 103-100 setback at Utah on Nov 8.

The winning streak was their longest since a franchise-record 20 consecutive victories by the 1970-71 championship team that featured Kareem Abdul-Jabbar, then known as Lew Alcindor, and Oscar Robertson.


Dallas led comfortably for most of the fourth quarter until the final half-minute. Tim Hardaway Jr. made the second of two free throws to make it 119-114 with 7.6 seconds left. Antetokounmpo scored on a layup and was fouled, but missed the free throw. Sterling Brown grabbed the offensive rebound, but his putback was blocked by Porzingis.

Dončić sat out with a sprained right ankle, while the Bucks were missing injured point guard Eric Bledsoe.

Milwaukee trailed 86-76 entering the fourth quarter and got no closer than seven until the final 23 seconds. Dallas was 16 of 41 from 3-point range, including four 3s each by Curry and Porzingis. The Bucks went 11 of 41 from beyond the arc.

Kyle Korver added a season-high 17 points for Milwaukee, going 5 of 7 on 3-pointers.

Milwaukee trailed 69-67 when Antetokounmpo went to the bench with 6:32 left in the third quarter, having scored all 11 of the Bucks’ points in the period. Dallas led 75-69 when Antetokounmpo returned after a two-minute breather, and the Mavericks pushed the margin to 80-69.


The Bucks, who trailed by 14 early in the second quarter, finished the first half with an 11-4 run to pull to 59-56 at the break. Antetokounmpo had 21 first-half points, but the remainder of the team was just 14 of 41 from the field.

Dallas was 7 of 13 beyond the arc in the first quarter en route to a 36-22 lead entering the second period.

Mavericks: Dončić, who sprained his ankle Saturday against Miami, is improving. “He is responding well to treatment. He’s off crutches and out of a boot,” coach Rick Carlisle said. “He’s progressing well. He will not play on Wednesday. If there’s any update, it will be Wednesday night.” The 20-year-old Doncic, third in the NBA in scoring at 29.3 points per game, did not travel with the team to Milwaukee.

Bucks: Bledsoe sustained a right fibula avulsion fracture in Friday’s 127-114 win at Memphis. He is expected to miss about two weeks.