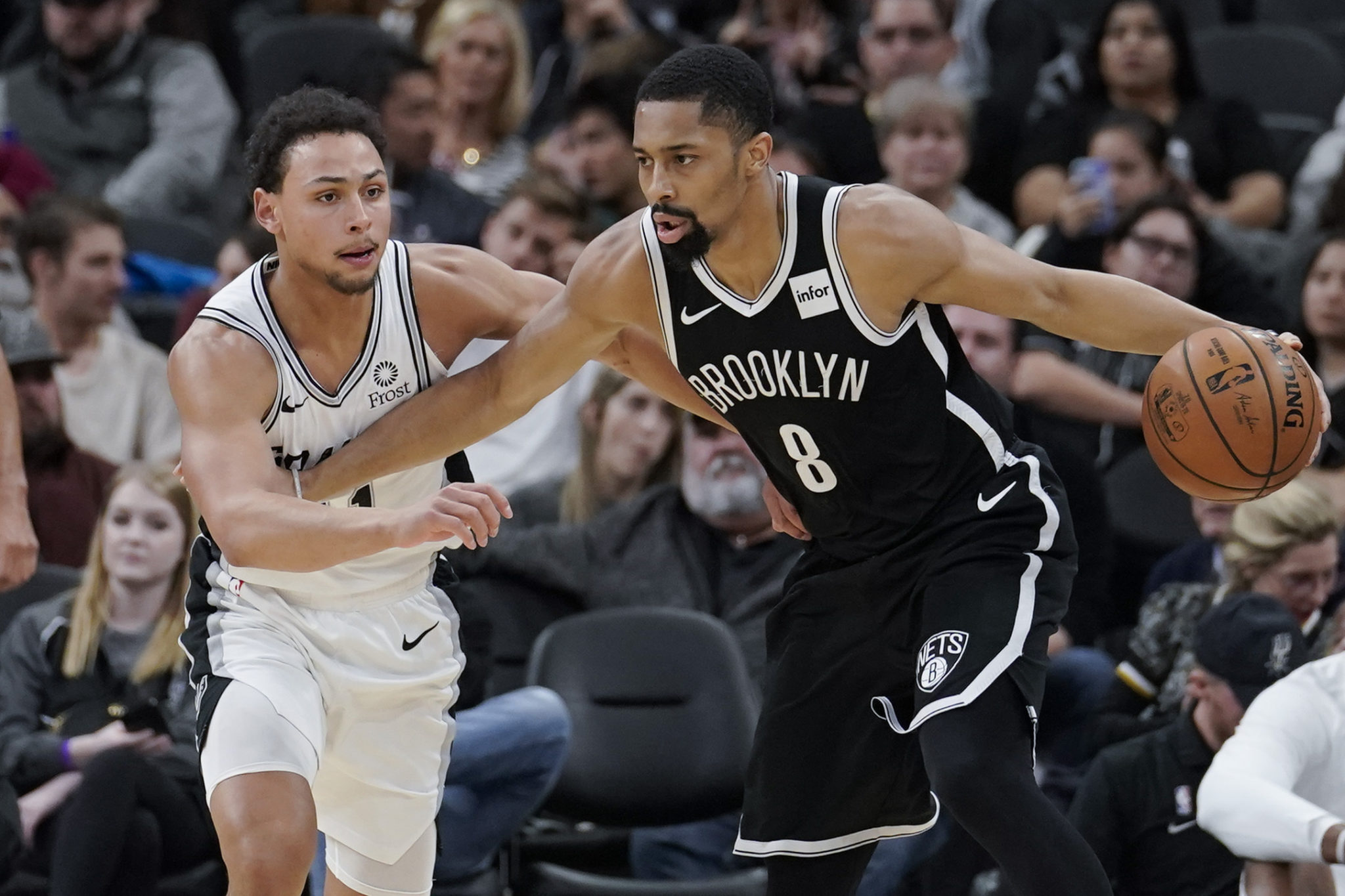 Patty Mills had 27 points and the San Antonio Spurs overcame a career-high 41 points from Spencer Dinwiddie to beat the Brooklyn Nets 118-105 Thursday night.

Mills had 21 points in the second half, shooting 5 for 8 on 3-pointers as the Spurs rallied from a 14-point deficit to beat the Nets for the 17th straight home game.

Brooklyn’s Kyrie Irving missed his 17th straight game with a right shoulder impingement. Dinwiddie tried to cover by shooting 14 of 29 from the field, eclipsing his career high by two points.

Brooklyn opened the game on a 12-2 run, including two emphatic dunks by Jarrett Allen. Allen’s second slam came off an uncontested drive that prompted a timeout by Popovich 3 minutes into the game.

Allen finished with 19 points and 13 rebounds for Brooklyn.

Nets: David Nwaba left a minute into the fourth quarter after twisting his right ankle in a scramble for the ball near the top of the key. Nwaba was assisted off the court after initially lying in pain as play continued. He finished with four points, two rebounds and two assists in 16 minutes. … Brooklyn is 11-6 in Irving’s absence. … Irving did not travel with the team on its two-game road trip. Nets coach Kenny Atkinson said there is no update on Irving’s injury status.

Spurs: San Antonio assistants Tim Duncan and Becky Hammon were both nominated for enshrinement into The Naismith Memorial Basketball Hall of Fame. … Former Nets F DeMarre Carroll did not play for the 16th time due to a coach’s decision. Carroll is averaging 2.5 points and 10.9 minutes in 11 games since signing with San Antonio as a free agent.

Raul Dominguez is a reporter for The Associated Press.