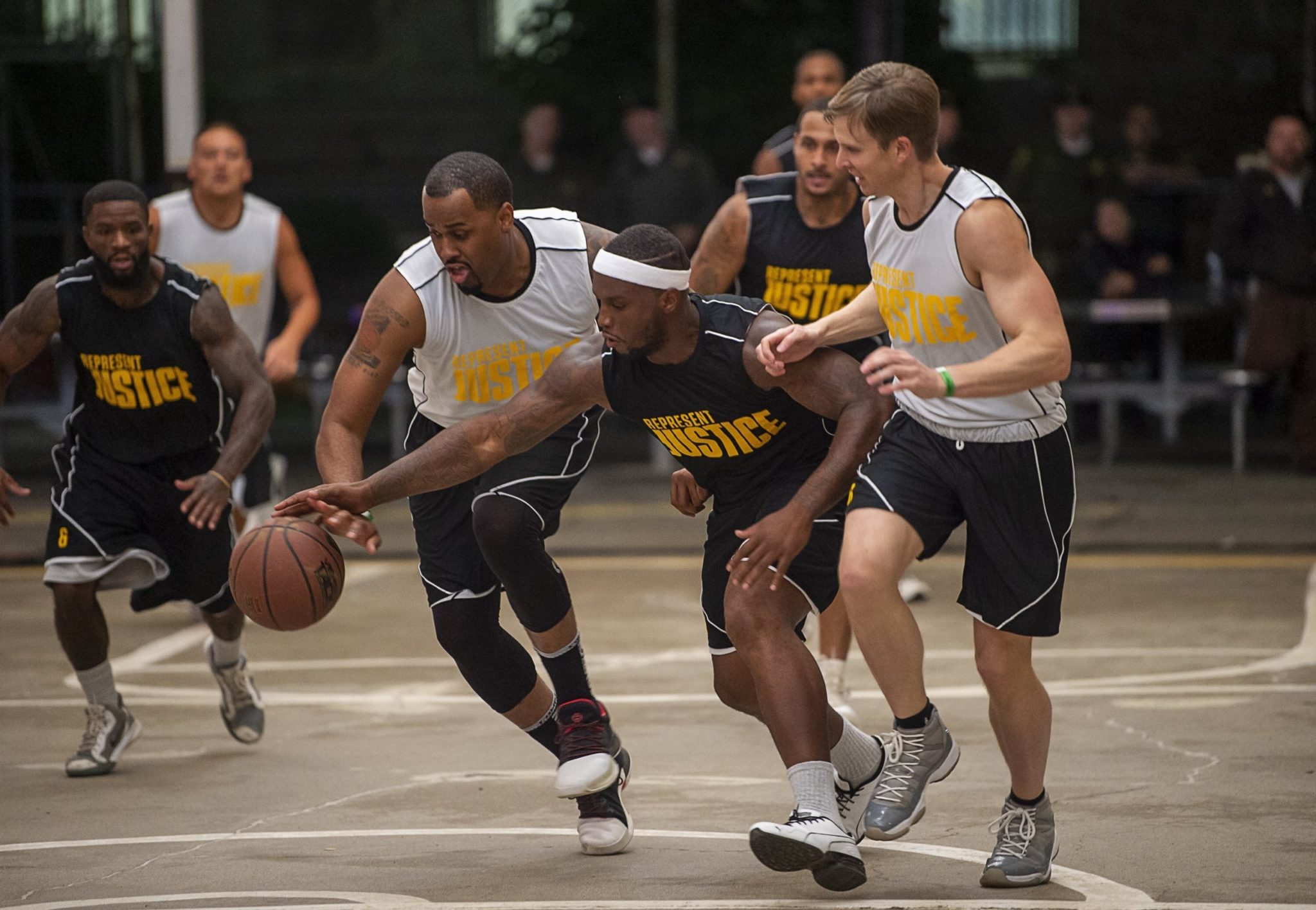 The NBA is sending players and coaches into prisons to host pickup games with inmates as part of a new effort designed to lessen the stigmas around those behind bars.

The Sacramento Kings kicked off the first in a nationwide series of contests this week at Folsom State Prison, made famous in the Johnny Cash song.

Team members and coaches first held a discussion Thursday with inmates and representatives of the Represent Justice Campaign who are themselves formerly incarcerated.

The campaign organized the Play for Justice initiative as an effort to bring hope to those in the criminal justice system who are disproportionately people of color and the poor.


Kings coach Luke Walton then joined one of the two inmate teams for an hour-long pickup game coached by Kings players.

“We’re proud to be the first participant in the Play for Justice initiative, which is shining a bright light on the unique issues facing incarcerated people in communities around the country,” Kings owner Vivek Ranadivé said in a statement. “Sports franchises have a unique opportunity to bring about positive change.”

He noted the Kings and Milwaukee Bucks in the last year brought together leaders from the two cities to share ways of combating social injustices. The Kings will visit the Bucks on Feb. 10 for the second installment of that Team Up for Change program.

The Bucks will host the next Play for Justice event later this month. The NBA and WNBA plan to host more such events next year.

“With the support of the players involved in Play for Justice, we are taking our message of humanizing system-impacted people far and wide,” former California inmate Adnan Khan, a Represent Justice co-founder, said in a statement.