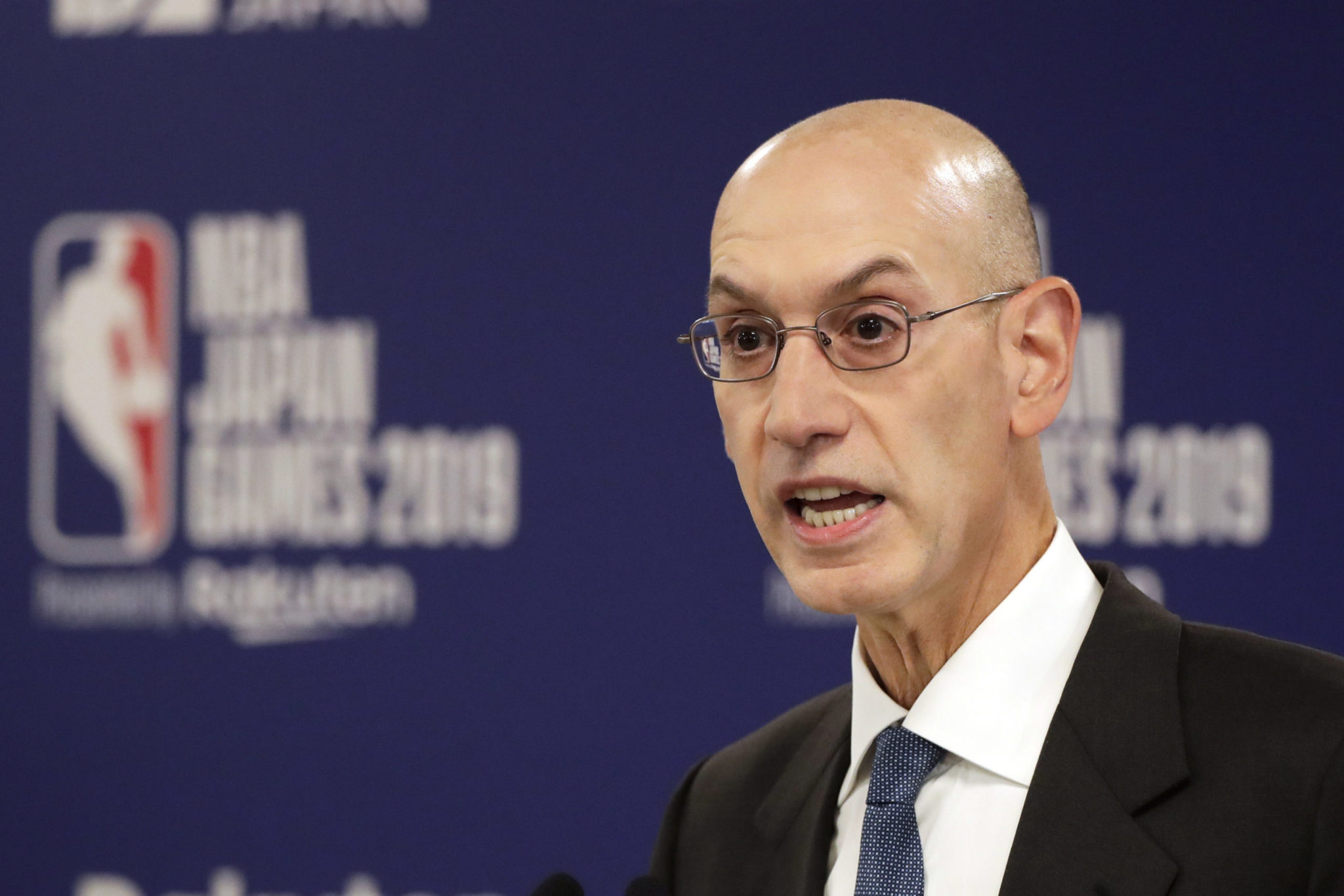 The NBA has sent a proposal to teams calling for a 78-game regular season, along with an in-season tournament for all teams and a reseeding of the playoffs when the field is cut to the final four clubs.

A copy of the proposal was obtained by The Associated Press on Friday. The plan laid out for teams calls for a play-in tournament to decide the seventh and eighth seeds in both conferences — the top 10 finishers in both the East and West would therefore have a chance at the playoffs — as well as a $1 million per player prize for the in-season tournament.

The league would make the changes for the 2021-22 season on a trial basis, with an option to continue the next season. The league’s board of governors is expected to discuss and likely decide whether to go forward or not with the plan in April.


The notion of adding a in-season tournament has been something Commissioner Adam Silver has talked about since at least 2016, drawing the parallel to how such events are customary in European soccer.

“It would need to be negotiated with the Players Association,” Silver said earlier this year. “I’ve had very general discussions with (union executive director) Michele Roberts about the notion that these are the kinds of things we’re looking at. I think she, of course, is supportive of looking at any ideas we have to build the business over time.”

ESPN and The Athletic first reported on the contents of the proposal.

The NBA told teams that a study it commissioned through a third-party company earlier this year showed that 60% of NBA fans want a shorter regular season, that 68% of fans said they are interested in an in-season tournament and 75% were interested in a play-in tournament to decide the playoff field.


The same study, the NBA said, found fans liked the idea of reseeding the final four playoff teams — even though that would open the door to the potential of the NBA Finals going on between two teams from the same conference.

The NBA told teams that “fans feel it would make the final two rounds more desirable to watch.”

A breakdown of the changes:

The proposal calls for teams to play eight divisional games in the group stage of the event, which would begin Nov. 24, 2021 and continue through Dec. 11. (The NBA said the dates are tentative.) The group stage games — four home, four away — would count toward a team’s regular-season total.

The six division winners and two wild cards would qualify for the quarterfinals on Dec. 13 and 14, 2021. Semifinals would be played as a doubleheader on Dec. 16 and the title game would be played two days later — with the semis and finals at a neutral site like Las Vegas. Players on the winning team would split $15 million; the winning coaching staff would split $1.5 million.

The NBA said that there is the potential for “additional prizing for players on the remaining final four teams” and that other incentives for teams and fans were “to be determined.”

The regular season would end on a Saturday, one week before the start of the playoffs — as opposed to ending on Wednesday, as has been the case for years.

The top six teams in each conference would be in the playoffs.

The teams in seventh through 10th place in the regular-season standings would play off as follows: The seventh- and eighth-place teams would play with the winner clinching the No. 7 playoff seed. The teams holding the ninth- and 10th-place regular season spots would also play, and the winner of that game would play the loser of the 7-8 game to determine the No. 8 playoff seed.

From there, the first two rounds would be played as usual. Once the playoff field is down to four teams, those clubs would be reseeded based on regular-season record.