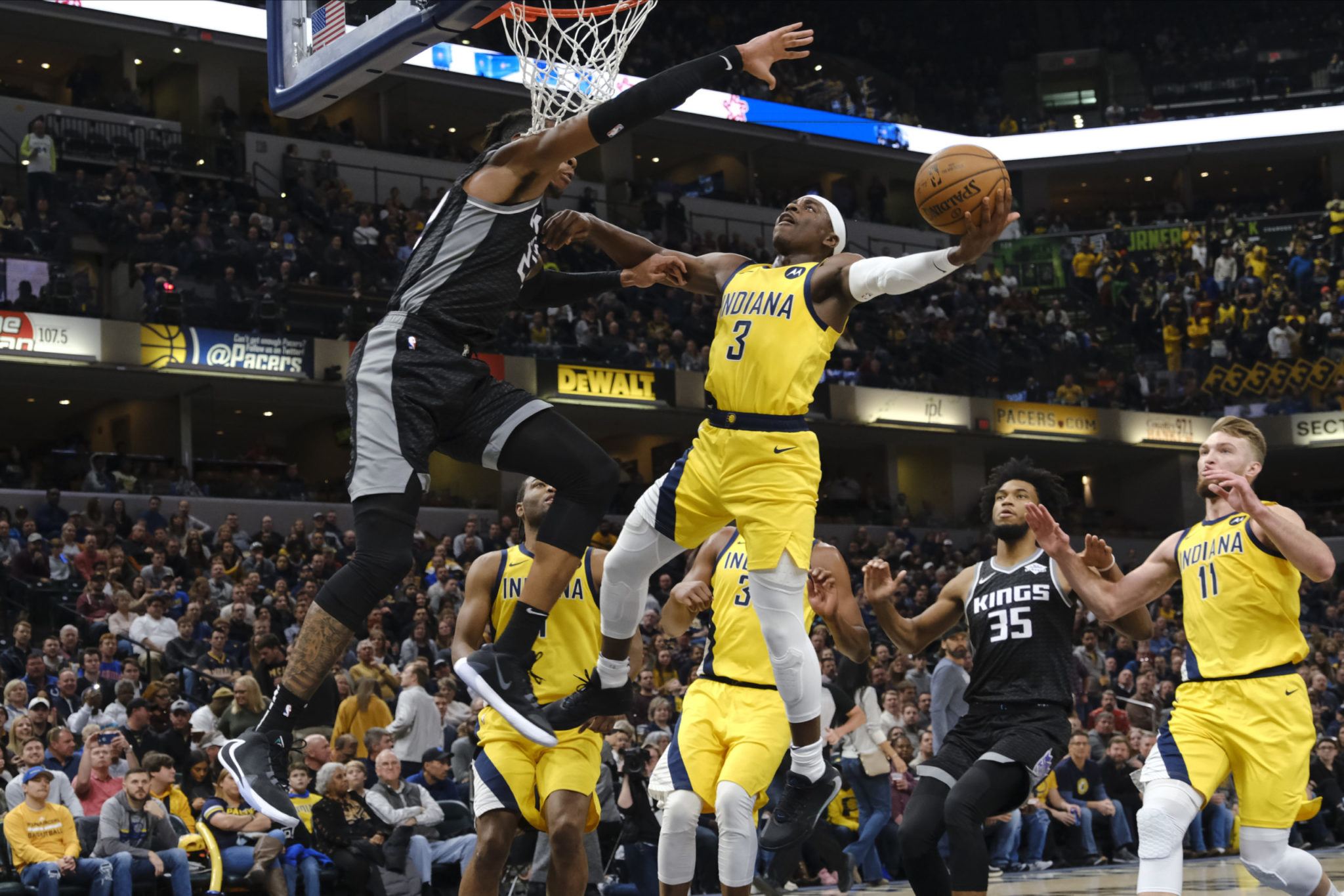 “We just had the same approach as we did against the Lakers,” Warren said. “We’ve just been following the game plan and excecute while we’re on the floor, just continue to play hard, listen to the coaches and believe in ourselves.”


“I just wanted to come out and be aggressive,” Warren said.

Myles Turner added 17 points, and Domantas Sabonis and T.J. McConnell each had 15, with Sabonis also grabbing nine rebounds to help the Pacers improve to 20-9.

McConnell hit 7 of 8 shots and had eight assists off the bench. Malcolm Brogdon and Doug McDermott had 13 points each, and Aaron Holiday had 11 in Indiana’s balanced attack.

“Everyone is unselfish on this team so we know anyone can get going on any given night,” McDermott said. “We had a balanced attack out there and it’s good to see. We’re clicking right not but we have a really tough test against Milwaukee. We can’t be complacent.”

Richaun Holmes led the Kings with 20 points on 9-of-10 shooting and a team-high nine rebounds. Marvin Bagley III added 17 points, and Justin James had 14.

“I feel like they imposed their will on the game and we didn’t respond,” Holmes said.


Buddy Hield, the Kings’ leading scorer, was just 3 of 15 shots for seven points. He did contribute eight rebounds and a team-high six assists.

“We gave them too many easy looks in the first half and we just wanted to put a stop to that,” McDermott said.

Indiana led by 22 points in the third quarter before settling for a 92-79 lead entering the fourth. The Kings scored the last nine points of the third, with James hitting a long 3-pointer at the quarter buzzer. The Kings narrowed the deficit to 11 points at 91-81 before the Pacers pulled away again.

“In the first half, we didn’t establish ourselves defensively and (the Kings) were playing in the paint,” McMillan said. “We did a better job in the second half defensively and we had good ball movement all game. I like our effort collectively.”

Kings: Bogdan Bogdanovic, who averages 14.6 points off the bench, was sidelined by right ankle soreness. Trevor Ariza was not with the team for personal reasons.

Pacers: Jeremy Lamb (14 points per game) was out with a sore right groin injury. Aaron Holiday started in his place.

“You talk about guarding our man and there’s three or four possessions early where somebody just drove right past us into the paint,” Walton said. “When you do that at this level, you just put so much pressure on the rest of your defense. If you let your man just by you one-on-one, it’s tough to get any stops.”

Myles Turner knows the Pacers are headed for another test against Milwaukee. The Bucks won the season’s first meeting 102-83 in Indianapolis.

“We know they’re a top team and we have to respect them for that,” Turner said. “But we have to go with the mindset that we’re going to punch first and, hopefully, leave there with a win.”

Kings guard Yogi Ferrell, who led Indianapolis Park Tudor High School to a Class 2A state title in 2011 and played at Indiana University, scored seven points off the bench

Kings: At Memphis on Saturday night.

Pacers: At Milwaukee on Sunday night.