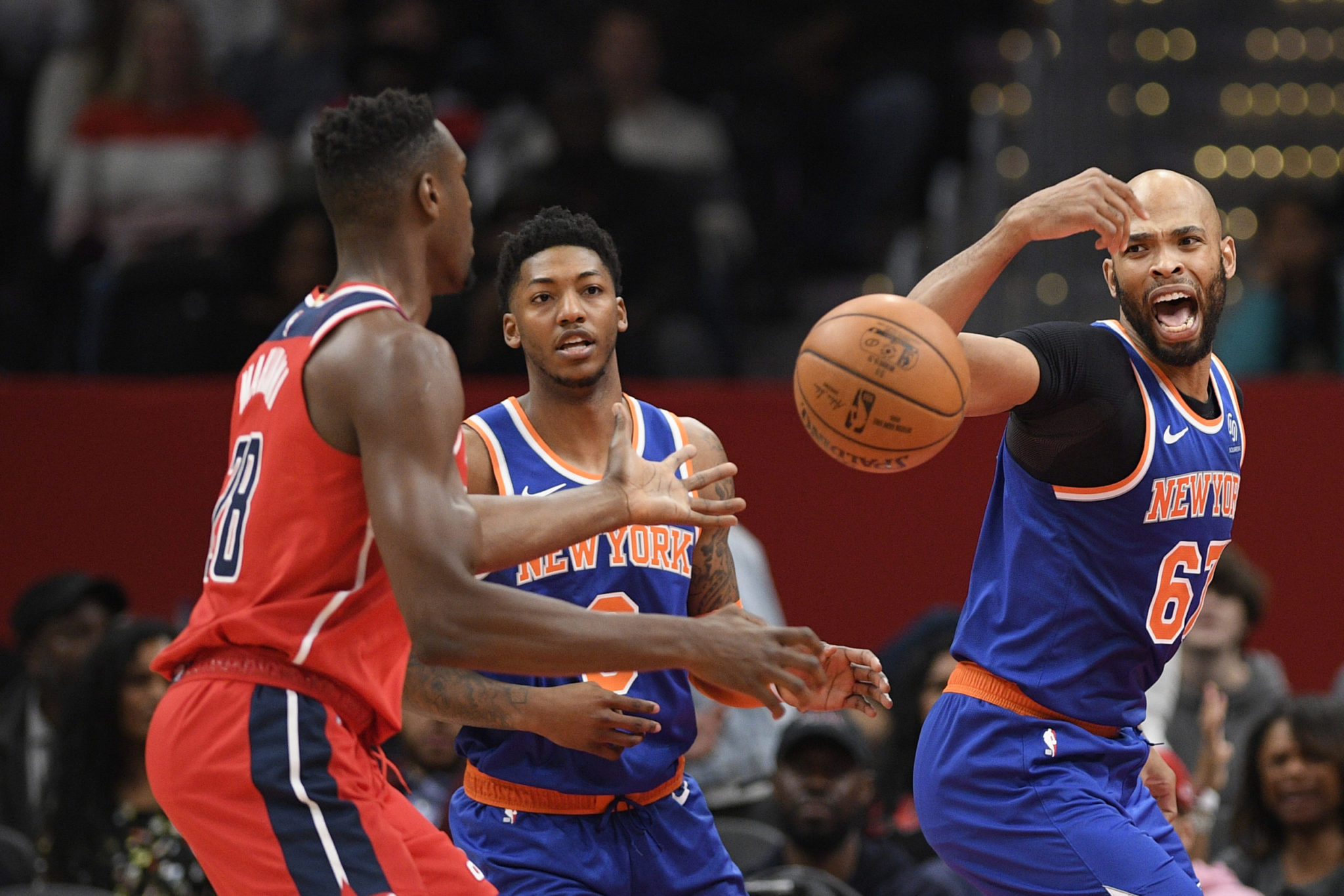 It was the Knicks’ second straight victory, just the second time this season they’ve won two straight. Both wins have come on the road.

Isaiah Thomas and Jordan McRae each scored 20 points for Washington. Gary Payton II, one of the two free agents the team signed this week who started, had 15.

The Wizards played without Bradley Beal, the NBA’s fifth-leading scorer, who was out with soreness in his right lower leg. Payton started in his place.

The Knicks are 5-6 under interim coach Mike Miller. They were 4-18 under David Fizdale to begin the season.

Knicks: G Dennis Smith Jr. missed his second straight game with a left oblique strain. … Portis was assessed a technical foul late in the first quarter. … Held Washington to 34.4% from the field after holding Brooklyn to an NBA season-low 26.9% on Thursday.

Wizards: Coach Scott Brooks hopes that Beal will miss just a game. Beal’s consecutive game streak of 194 was broken. He last sat out on April 12, 2017. …Brooks said that Fs Davis Bertans (quad) and Rui Hachimura (groin), and C Mo Wagner (ankle) will all be out for at least the next week. … Thomas returned after serving a two-game suspension for entering the stands to confront a fan. … Johnathan Williams, the other free agent signed this week, had two points in 13 minutes in his first start.

Wizards: Host the Miami Heat in the second of a six-game homestand on Monday.