New Role: Steve Kerr getting a chance to teach this season 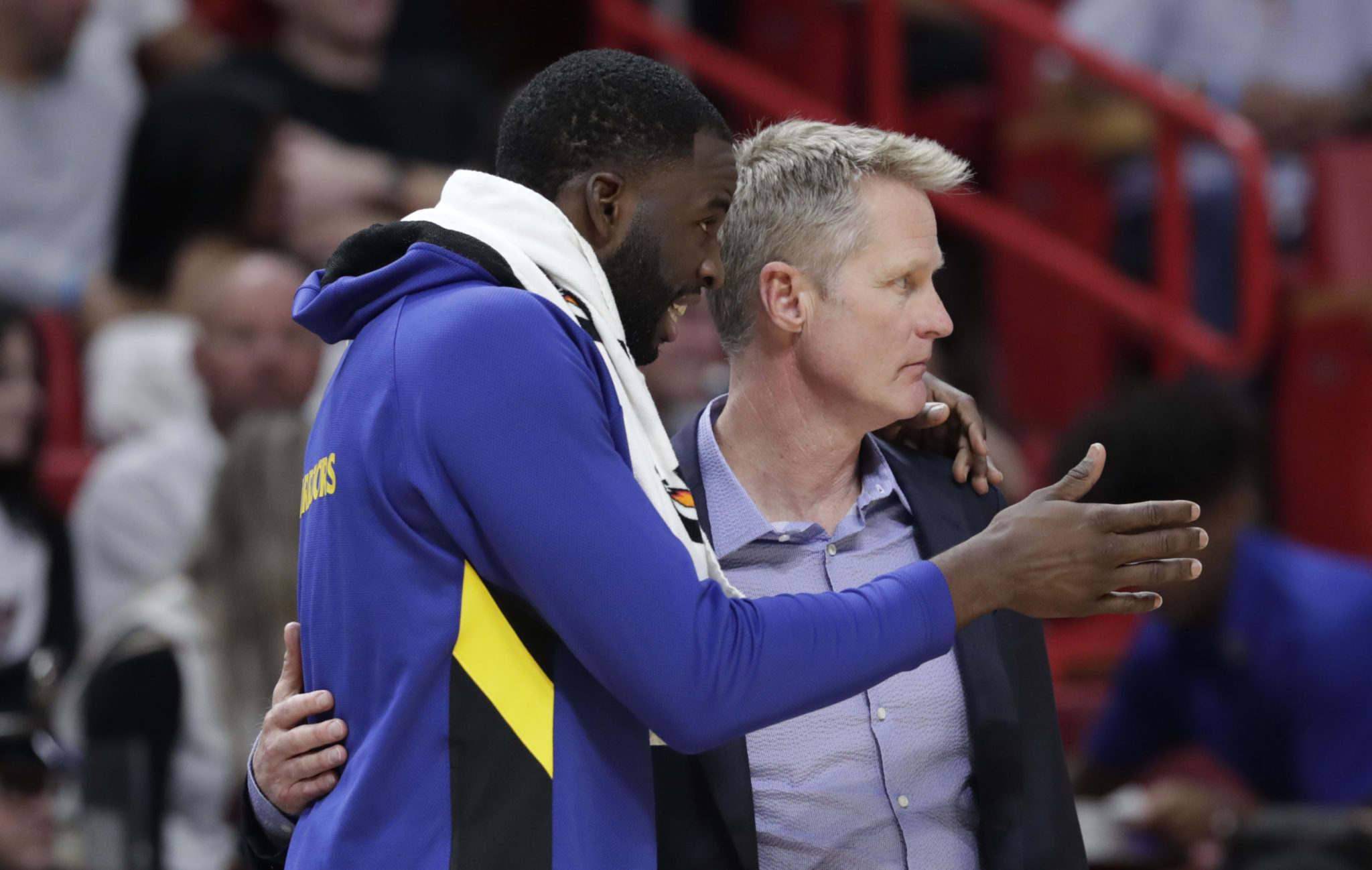 Steve Kerr is teaching. And learning.

That is his silver lining from this season.

After five consecutive years of being No. 1 in the Western Conference — and ending up as NBA champions in three of those seasons — the Warriors are at the bottom of the league. Everyone knows why: Kevin Durant left, Stephen Curry got hurt, Klay Thompson got hurt, D’Angelo Russell got hurt, Andre Iguodala got traded, Shaun Livingston retired, DeMarcus Cousins left … it goes on and on.

“You can’t have worse luck than they’ve had,” Orlando coach Steve Clifford said.

But to Kerr’s credit, the Warriors are desperate to make the best of their situation.


This will be a losing season for Kerr, his first in more than a quarter-century. He was a winner almost every year as a player, a winner in each of his three seasons as an executive in Phoenix, a huge winner in his first five seasons as coach. He won five titles as a player, three more as a coach. And next year — with Curry back, Thompson back, a top-five lottery pick likely, plus new faces that the Warriors will be able to add when some money frees up — he could be a title contender again.

What he’s going through this year will make him ready for next year and beyond.

“I think I’ve learned how to be a better coach, honestly,” Kerr said. “I haven’t had to coach a situation like this and it’s a good reminder that every circumstance is different, every year is different. The last five years, we’ve been a championship contender, so it meant that I had to manage the team through the season, prepare for the playoffs and try to get guys rest when we could. This is much more about teaching and developing young players.”

Kerr lost 15 games in his first regular season with the Warriors, 15 more in his third season. The Warriors won the NBA title in each of those years.

This season, they’ve already passed that 15-loss mark — with about 75% of the season left to play. Golden State wasn’t planning to push the reset button this season but found itself with no choice.

“It’s the way of life in pro sports, unless you’re the Patriots,” Miami coach Erik Spoelstra said. “Everybody else, you have to, at some point, recalibrate, retool and reinvent, get back at it — which they will. Even right now, even though they’ve been decimated by injuries, the tenets and standards that they have had, you can see those habits being built.”

Spoelstra and the Heat beat Golden State last week. After the game, Spoelstra — who knows a thing or two about seeing a perennial title contender head in a different direction, after Miami was forced to rebuild things once LeBron James left in 2014 and Chris Bosh’s career came to a premature end a couple years later because of blood clots — pulled Kerr aside and offered some words of encouragement.


“I’ve admired Steve just because he’s been around winning teams basically his entire career as a player, as an executive and as a head coach,” Spoelstra said. “It’s extremely hard to do what they did, even with talent. It’s really hard to accumulate that talent but then to get the talent to play together the way they did, it was exquisite basketball that changed the league in many ways.”

But when the Warriors are truly back, Kerr will be even better prepared for whatever challenges they face.

“I’m lucky. I’ve got a great staff,” Kerr said. “Mike Brown and Ron Adams have really helped me this year because they’ve both been through this before, coaching really young teams that have struggled. And I’m learning a lot myself. It’s a good dynamic for my own career, to go through this and to feel it.”

Entering Monday, there had been five instances of a team scoring 150 points in a non-overtime game this season — all of them coming in a five-week span.

That’s as many as there had been in the previous 25 years combined.

A game to watch for each of the next seven days in the NBA:

Friday, Minnesota at Oklahoma City: Timberwolves enter the week just 3-7 at home — 7-2 on the road.

Saturday, Phoenix at Houston: Devin Booker has faced Houston 12 times; Suns are 1-11 in those games.

Sunday, Toronto at Philadelphia: 76ers’ Joel Embiid is 34 for 103 in his last eight games against Toronto.

Monday, L.A. Clippers at Indiana: Clippers’ Paul George to play as an opponent in Indiana for third time.

Portland’s Carmelo Anthony winning his 19th NBA player of the week award on Monday pulled him into a tie with Dwyane Wade and Russell Westbrook for the 11th-most in NBA history.

At 35, Anthony is also the oldest player to win the weekly award since Tim Duncan, then 38, won the West honor for the final week of the 2014-15 season.