Thomas fires back at NBA after receiving two-game ban 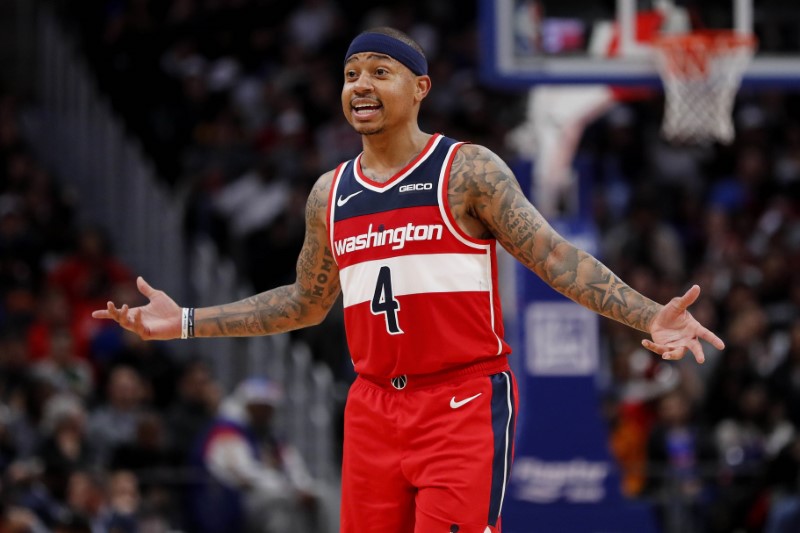 Washington Wizards guard Isaiah Thomas had just one word to say to the National Basketball Association (NBA) after the organization announced on Sunday that he had been suspended for two games following a confrontation with a couple of fans.

“Bullshit,” Thomas said in the briefest of tweets, apparently none too pleased with the news.

The suspension without pay is the penalty the NBA handed Thomas for his reaction after he was heckled by two apparent 76ers fans in Philadelphia on Saturday.

Thomas was thrown out of the game following the incident.


Under NBA policy, deliberately entering the stands results in automatic ejection as well as a fine and/or suspension.

In a video of the incident, Thomas appeared calm as he conversed with two young male spectators, who, it turns out, might have had nothing more on their minds than a potentially free ice cream when they heckled Thomas.

“When I missed the first free throw, and made the second, I’m running back, the fan had both of his middle fingers up and said, ‘fuck you, bitch’ three times,” Thomas told reporters.

“So then the timeout goes, and I go in the stands and confront him. I said, ‘don’t be disrespectful’.

“His response was, ‘I’m sorry, I just wanted a frosty’. Because if you miss two free throws the fans get a frosty.”

The NBA announced that the two fans involved in the incident have been banned by the 76ers for one year.