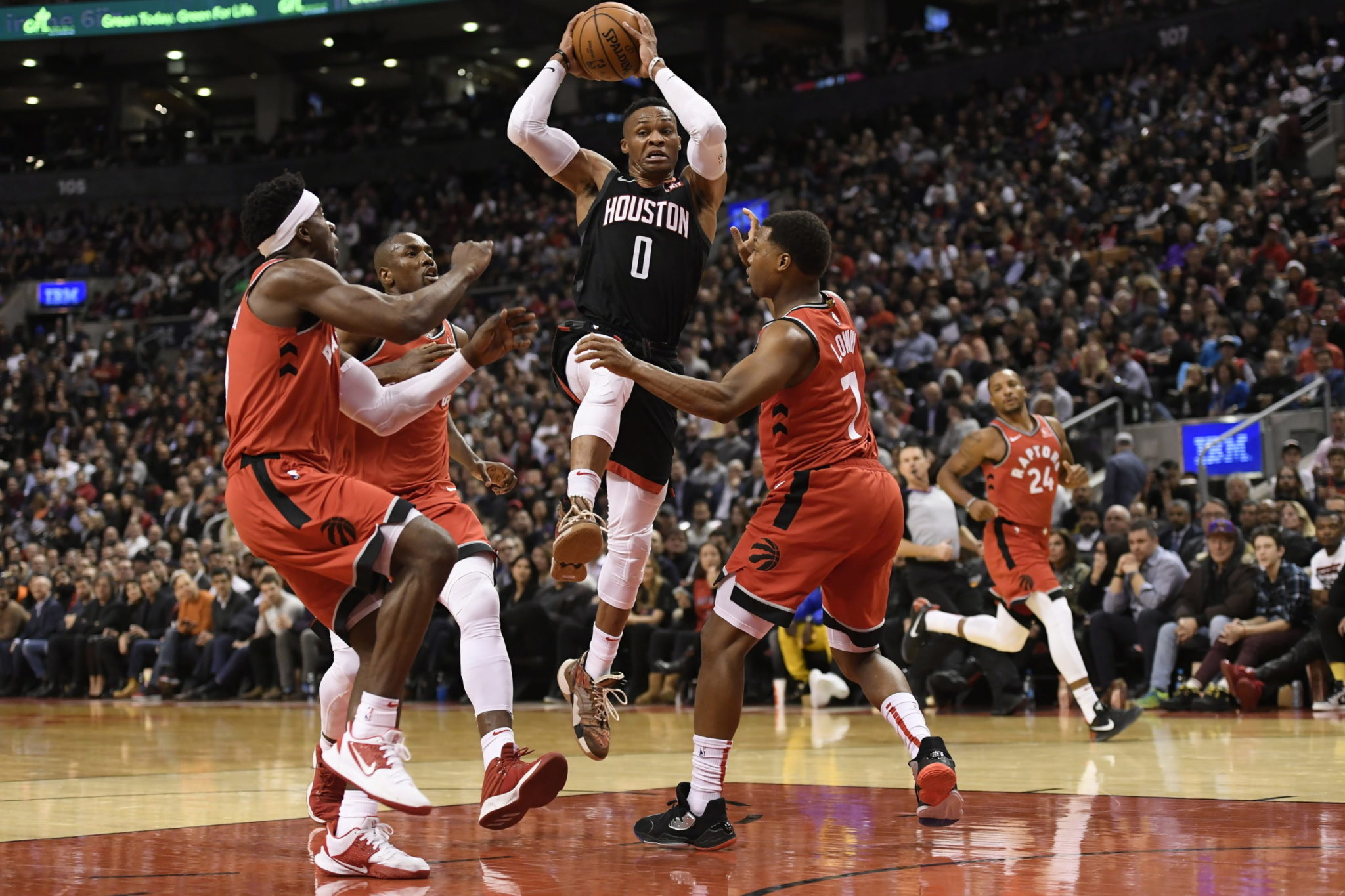 Pascal Siakam scored 24 points, Fred VanVleet had 20 and Kyle Lowry 19 as the Raptors lost back-to-back regular-season home games for the first time since losing to Oklahoma City and Charlotte last March 22 and 24.


McLemore set a career high by making eight 3-pointers on 17 attempts. Tucker matched his season high with five made 3-pointers. Houston finished 22 for 55 from long range.

Harden shot 7 for 11, his fewest attempts of the season. He failed to finish as Houston’s leading scorer for the second time this season. The only other time was an opening-night loss to Milwaukee, in which Harden shot 2 for 13 and scored 19 points.

Harden landed heavily after taking contact on his drive to end the third. He was tended to by trainers before getting to his feet and slowly walking to the locker room, but returned 2 1/2 minutes into the final quarter.

Lowry shot 2 for 18 in Tuesday’s overtime loss to Miami, his first game after missing 11 because of a broken left thumb.

The five-time All-Star fared better against the Rockets, making five of eight attempts, including three of five from long range. He shot 6 for 6 at the free throw line and led his team with eight assists.

Back-to-back baskets by Serge Ibaka and Norman Powell brought Toronto to 101-100 with 8:39 to play, but Harden and Tucker scored six points apiece as the Rockets pulled away with a 12-2 run over the next two minutes.

After following up his season-high 60-point performance in Saturday’s win over Atlanta with a 50-point effort in Tuesday’s overtime loss at San Antonio, Harden was held in check early by Toronto’s zone defense. Houston’s star guard didn’t attempt his first shot until a fast-break layup with 4:07 left in the first quarter. It was his only field goal attempt of the opening period. The Rockets led 34-28 after one.

Harden made one of the two field goals he attempted in the second. He converted a three-point play after making a driving basket with 5:13 left in the half, but missed a jump shot with 25 seconds left in the half.

Lowry scored 11 points in the third and VanVleet had nine, but Harden and McLemore each had 11 for the Rockets, giving them a 94-88 edge through three quarters.