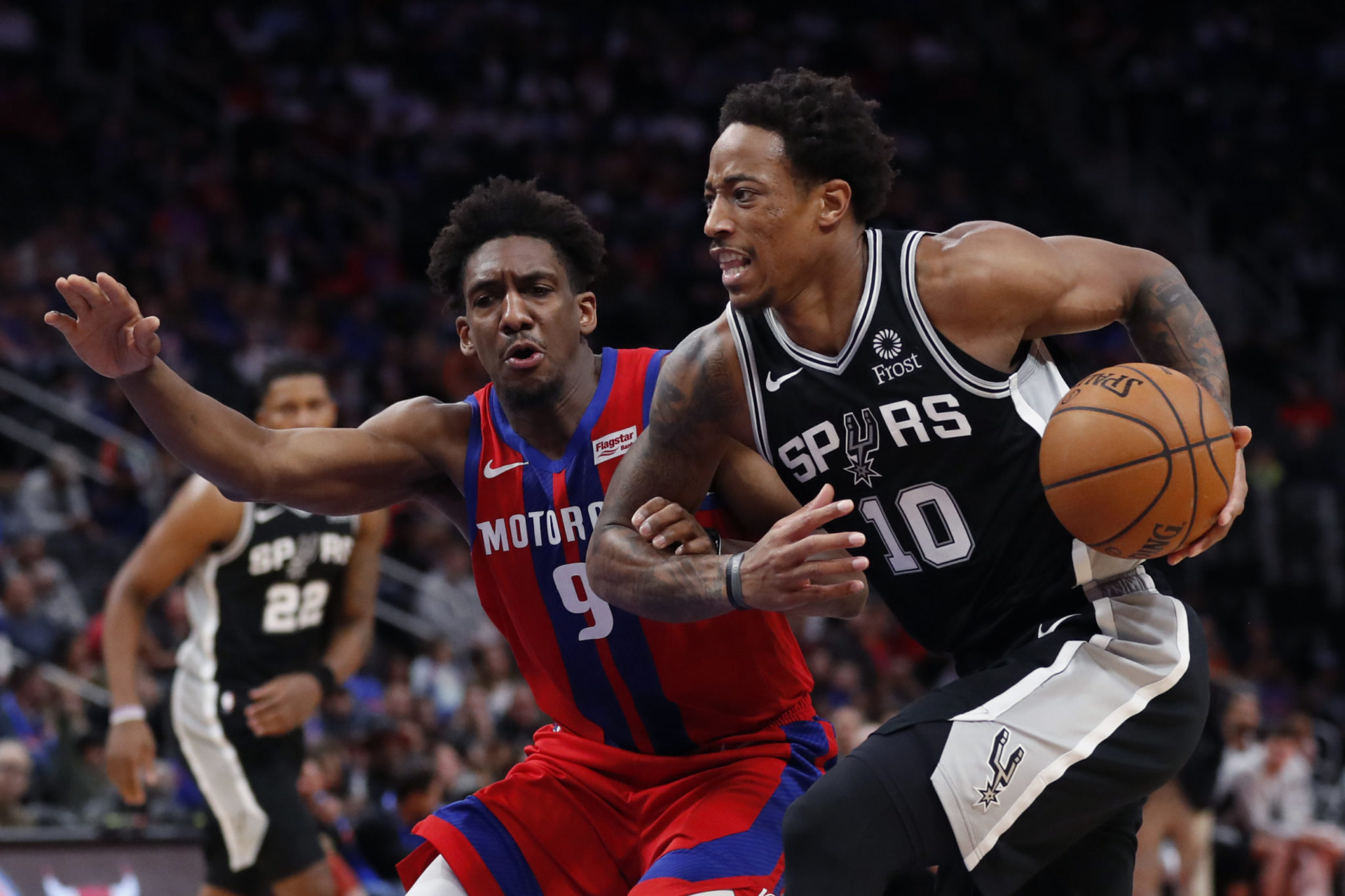 Pistons coach Dwane Casey has believed since training camp that he was the right person to unlock Christian Wood’s potential.

Wood came off the bench to score a career-high 28 points in 22 minutes as Detroit routed the San Antonio Spurs 132-98.

“Christian is a talent, and there are nights he does things like this and there are other nights when he doesn’t,” Casey said. “I’ve always said he’s a talented young man, but he has to get more thinking into his game.

“If he could have consistently done that before now, he wouldn’t be on his fifth team.”


After going undrafted in 2015, Wood played for the Philadelphia 76ers, Charlotte Hornets, Milwaukee Bucks and New Orleans Pelicans before the Pistons claimed him on waivers in July.

He didn’t make an immediate impact in Detroit, either, falling behind Thon Maker on the depth chart. He rejoined the rotation in mid-November and has become a key part of Casey’s second unit.

“There’s a big difference from where I was a couple years ago,” he said. “I would start with maturity and coach Casey. He’s hard on me, but I know it is tough love and now he’s given me an opportunity.”

Along with his scoring, defense and rebounding, Wood’s performance had another benefit for the Pistons. He scored 19 points in the game’s final 14:59, giving Andre Drummond a lengthy rest with games coming on Tuesday and Wednesday.


Drummond played 26 minutes and Blake Griffin played just 22 as the Pistons got 75 bench points on 67% shooting.

“We’ve got five guys on our unit who can score the ball, and it is huge when (Derrick Rose) gets rolling, because he gets a lot of defensive attention,” Wood said.

Luke Kennard added 20 points for the Pistons, who had lost eight of 10. Detroit had seven players score in double figures, including four reserves.

“Yes, I’m disappointed,” Spurs coach Gregg Popovich said. “We came out aggressively in our last game against the Clippers and we had energy and execution at both ends. They scored 97 and tonight we gave up 132.

Detroit got 45 points off 3-pointers to San Antonio’s 21.

“This was another night where we gave up 3-pointers and didn’t make any,” Popovich said. “But I think they did everything better than we did tonight.”

The Pistons led 59-51 at the half, outshooting the Spurs 51% to 41%. Detroit also had an 24-9 advantage in points off 3-pointers, but was hampered by nine turnovers.

Detroit expanded its lead to 72-57 in the first 4 minutes of the third quarter. Bruce Brown had nine points in the surge.

The Spurs fouled Drummond on back-to-back possessions later in the quarter, and he made one of the four free throws. Casey replaced him with Wood, who had put up nine points and four rebounds in 7 first-half minutes.


Wood quickly added another nine points and two rebounds, helping the Pistons expand the margin to 96-71 at quarter’s end.

Detroit outscored San Antonio 73-47 in the second half.

“We have got to get better defensively as a team and just bring energy,” Spurs guard Lonnie Walker IV said. “We have the talent, the players and the coaches, but we’re just not bringing it defensively.”

Spurs: C LaMarcus Aldridge (thigh) did not play. … This season marks the 15th anniversary of San Antonio’s win over Detroit in the 2005 NBA Finals. Gregg Popovich is still coaching the Spurs, while Tim Duncan, who starred on that team, is now his top assistant coach.

Pistons: Drummond fell one point short of the 377th double-double of his career, the most of any NBA player since he joined the league in the 2012-2013 season. Russell Westbrook (302) is the only other player with 300 in that span. … Pistons rookie Sekou Doumbouya scored his first three NBA points in the fourth quarter.

Dave Hogg is a reporter for The Associated Press.