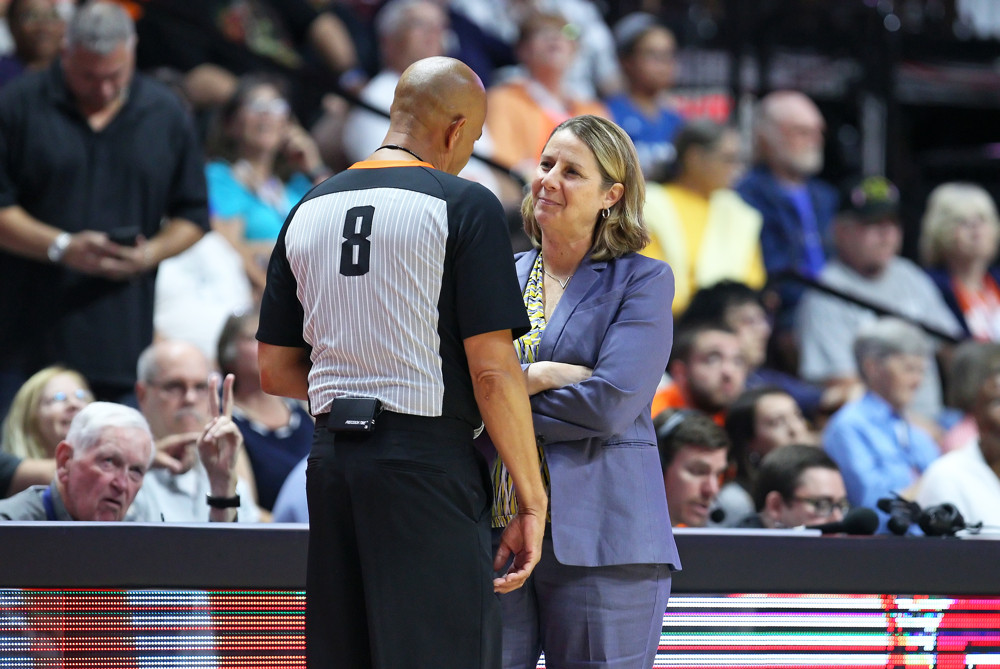 NEW YORK — The Minnesota Lynx may be the surprise of the first week of the WNBA season.

The new-look Lynx came into the season with an overhauled roster, including the retirement of Lindsay Whalen, Maya Moore taking the season off and injuries to veterans Rebekkah Brunson and Seimone Augustus. General manager Cheryl Reeve made several offseason moves to shore up the roster she also coaches.

She added guards Odyssey Sims and Lexie Brown via trades and drafted Napheesa Collier with the sixth pick. That trio has been a major reason the team has gotten off to a strong start with wins in the first three games.

Another team off to a strong start is the Indiana Fever, who have won two of their first three games with victories over New York in a home-and-home series. The Fever won six games all of last year but with a young nucleus will likely exceed that total this season.

On the other end of the spectrum, Las Vegas has gotten off to a slow start with losses in two of its first three games. Coach Bill Laimbeer said that while a lot of people have high expectations for his team, it will take a while for the young Aces to learn how to win. It also will help when offseason addition Liz Cambage is at full strength. The 6-foot-8 center has been bothered by an Achilles’ tendon injury and is still working her way back.

POWER POLL: A look at this week’s WNBA poll:

2. Connecticut (3-1): Jonquel Jones has been the driving force for the Sun, but the team also has gotten strong contributions from Jasmine Thomas, Alyssa Thomas and Courtney Williams.

3. Washington (1-1): The Mystics won their first game of season when Elena Delle Donne returned to the lineup. She missed the opener while recovering from knee soreness.

4. Phoenix (1-1): The Mercury are just biding time until Diana Taurasi returns from a back injury. They still have a formidable group led by Brittney Griner and DeWanna Bonner.

5. Los Angeles (1-1): The Sparks are missing Candace Parker with a hamstring injury and young star Maria Vadeeva is out for a few games playing with the Russian national team.

6. Seattle (2-2): The Storm have been buoyed by the strong play of Natasha Howard, who has stepped up in the absence of Breanna Stewart and Sue Bird.

7. Las Vegas (1-2): The Aces have gotten solid play off the bench from Dearica Hamby and will only get better as Liz Cambage gets more comfortable on the court with her new teammates.

8. Indiana (2-1): Erica Wheeler has been a major reason for Indiana’s strong start and the Fever played Connecticut tough in their only loss.

9. Chicago (1-1): The Sky are still trying to figure out rotations under new coach James Wade. One thing that hasn’t changed is the talented backcourt of Allie Quigley and Courtney Vandersloot.

10. Atlanta (1-2): It’s a disappointing start to the season for the Dream, who need to get guard Tiffany Hayes going on offense.

11. Dallas (0-2): The Wings have looked good at times, losing their two games by a combined seven points.

12. New York (0-2): The Liberty need to find another consistent scorer to go with Tina Charles.

PLAYER OF THE WEEK:

GAME OF THE WEEK

Sparks at Sun, Thursday. Chiney Ogwumike makes her return to Connecticut after asking for a trade in the offseason.